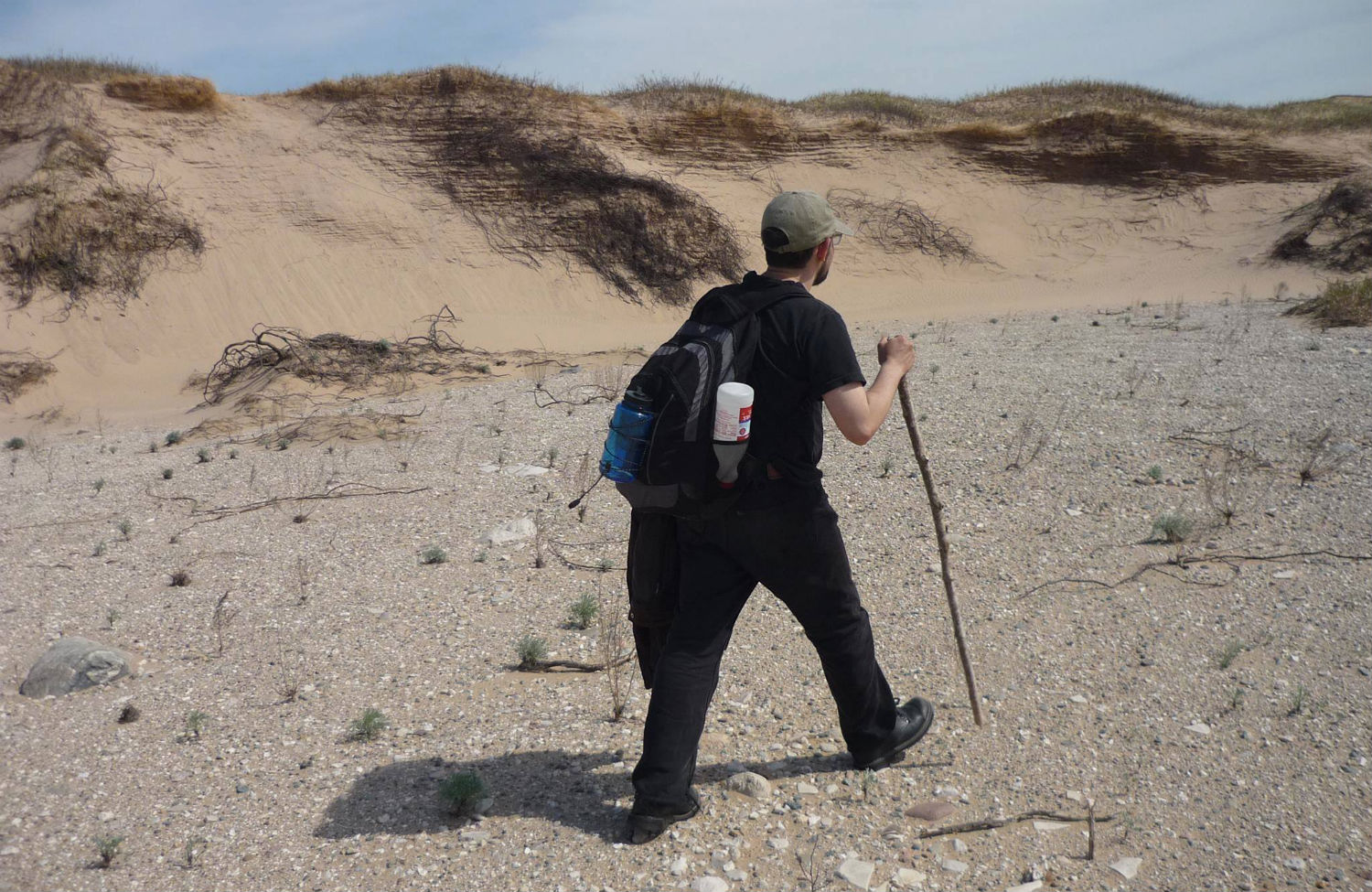 I’ve been blogging here at the Nation since January, in sheer delight at being given free rein by outstanding editors to pursue my interests wherever they take me, even more delighted to see my work absorbed by outstanding readers who respond to it with generosity and critical acumen—thanks all! Plenty more in the months to come. Meanwhile, this: one of my habits has been to put out little series, for instance the one I wound up Wednesday on the conservative passion for pyramid schemes. Being a fellow of distracted mind, though, and faced with the distraction of explaining a political universe that stubbornly refuses to stand still, months can pass between episodes in these series. And sometimes I accumulate reflections on a certain theme that only end up smelling like a series in retrospect. So today, allow me to corral some of this stuff together into something like an organized index—a Rickipedia, if you will.

Want to know about the right and pyramid schemes? You can find the four parts here, here, here, and here.

The hard-working PhDs teaching our children as adjunct professors for poverty wages? Read about it here, here and here—with more to come: you’ll be fascinated to see the insensitivity of responses from some of the tenured professors, I’m sure.

Then there has been my reporting on what’s going on in Chicago, and the rule of the stubby-fingered vulgarian mayor Rahm Emanuel who is selling off the city to his investment-banker buddies: my Rahmanyana. My first on the subject, “Rahm on the Ropes,” has been my most-”liked” Nation post so far. I next wrote three serial accounts of citizen action against Rahm’s ghastly planned shock-doctrine school closings: here, here and here. Then, as the day of the closings approached, I explained with the help of Chicago’s legendary social justice lawyer Tom Geoghegan why they were against the law (a judge, alas, disagreed). I wrote about how the Chicago Public Schools bureaucracy treats hero teachers who resist it. And I wrote about Chicago’s parking meter fiasco, the most egregious privatization deal in the country—coming soon to a city near you! Expect more of my reporting from Chicago soon: about the corporate giveaway of its new transit-fare system, and the predictable disasters that the school closings have wrought.

Last winter, I wrote about what happened to two kids—here and here—who decide they’re Republicans in college, then get mugged by reality, becoming liberals when they realize conservatism is based in fantasy. Send ‘em to your College Republican cousin!

We’re used to blaming our current tragedy on Tea Party lunacy and crisis governance, in which the federal government seems on the verge of shutting down every other week, and a debt default looms ever month. In a series on “Our Obama Bargain,” I explored Obamaism’s complicity in the tragedy, beginning with his stubborn insistence that extremists and reactionaries can be negotiated with in good faith despite all evidence to the contrary. The series chronicled two biographical episodes that suggest why Obama really ought to know better than to believe human beings are entirely reasonable creatures: his childhood in post-genocide Indonesia, and his adult experience organizing in Chicago during the “Council Wars,” in which white aldermen sabotaged the government of the city’s first black mayor.

And speaking of Obama, I’ve been snarling back at the glib presumptions that a future Democratic majority is some kind of demographic inevitability. Read my debunking here, here, here, and here. The only inevitable way for Democrats to win and keep winning, by my lights, is to restore the party’s historic reputation as the guarantor of middle-class economic stability—not an easy thing to do when Democrats like Obama and Emanuel cozy up to corrupt plutocrats like the new Commerce Secretary Penny Pritzker, whose family fortune, I documented in a two-parter, is not unrelated to their historic closeness to organized crime figures , and their continued mastery of barely legal tax scams.

I’ve also been endeavoring to instruct you all in a skill I fear Obama will never be able to master: entering the mind of conservatives, understanding the deep wellsprings their absolutism sincerely derives from. On gun control. On the inherently long-term, goalpost-moving orientation of conservatism strategizing that renders utterances like “but the healthcare exchanges were invented by the Heritage Foundation!” meaningless. On how the right is always ready to snap from evolutionary tactics to revolutionary ones whenever the time is judged ripe—for instance, on matters like shutting down the federal government. On why conservatives genuinely believe the ends justify the means (this one inspired the most comments of any of my posts). On how the ethic of Christian forgiveness can serve as an endlessly renewable alibi for what might otherwise be career-ending sins.

And I’ve catalogued the eternal return of certain right-wing political scripts—study them well, they’ll be back, nothing new under the wingnut sun: doomsday survivalism. The liberal conspiracy to poison children’s minds through the textbooks they read. Reckless lust for spending cuts. Exploiting municipal financial distress (like, these days, in Detroit) to push shock-doctrine schemes against the public sector. Excoriating spying by the national security state when Democrats are in charge and ignoring it when Republicans are in the catbird seat.

Ah, history. I’ve been researching and writing a book about the rise of the right in the 1970s for five years. Among the original research finds I’ve shared here, tying them to developments in our own time, are the roots of American Legislative Exchange Council in an illegal tax dodge; the intelligence community’s derailing of reform in a way that shockingly parallels our own time (here and here and here); the madcap 1975 Oscar ceremony in which a winner read a telegram from the Communist victors of the Vietnam War and Frank Sinatra went utterly berserk; the late surgeon general C. Everett Koop’s contribution to the right’s move to anti-abortion extremism; and the Democrats’ history of pro-corporate conservatism (and the media’s history of labeling even pro-corporate Democrats left-wingers).

And, being the only historian I’m aware of to have listened through the radio broadcasts Ronald Reagan made between his retirement as governor of California and his presidential runs in 1976 and 1980, I’ve shared with you some gems: his passion for the fascist Chilean president Augusto Pinochet; his gift for mocking serious scientific research as taxpayer-funded boondoggles; his goofy but very politically effective rhetoric of racism as something easily trascended through individual goodwill—and a two-parter, one of my most widely read, here and here, on Reagan’s contribution to the National Rifle Association’s ideology of armed vigilantism.

Here are some greatest hits: Why I am liberal—my first post—and my eulogy for my friend Aaron Swartz.

And finally, here’s a series I didn’t know was a series until I put this here post together. I compared the cool, non-hyperactive response to a terror bombing at La Guardia Airport at Christmastime 1975 to the frantic shutdown of a major American city following the Boston Marathon bombing. And the time a lone mentally ill White House intruder was shot dead in 1975, just like this year—only in 1975, they didn’t descend a hoard of law-enforcement officers, some in hazmat suits, to shut down the victim’s block and treat the whole thing like a national security emergency. I wrote about how Hollywood used to celebrate the heroes of police procedurals precisely because they followed the civil liberties rules—whereas now, in movies like Zero Dark Thirty, they become heroes by flouting them. It’s our culture: fear, fear, fear, all the time—as revealed in trade magazines like Emergency Management, which celebrates how security at the Mall of America was transformed to match that at Ben Gurion Airport in Israel, with no evidence it’s caused anything but wasted time and useless trauma. If I’ve made any sort of useful contribution these last ten months, it may be this: a record of how our post–September 11 culture of crippling, lo these many years later, still so deforms our civic life. Thanks for reading. We’ll see what I manage to come up with next.