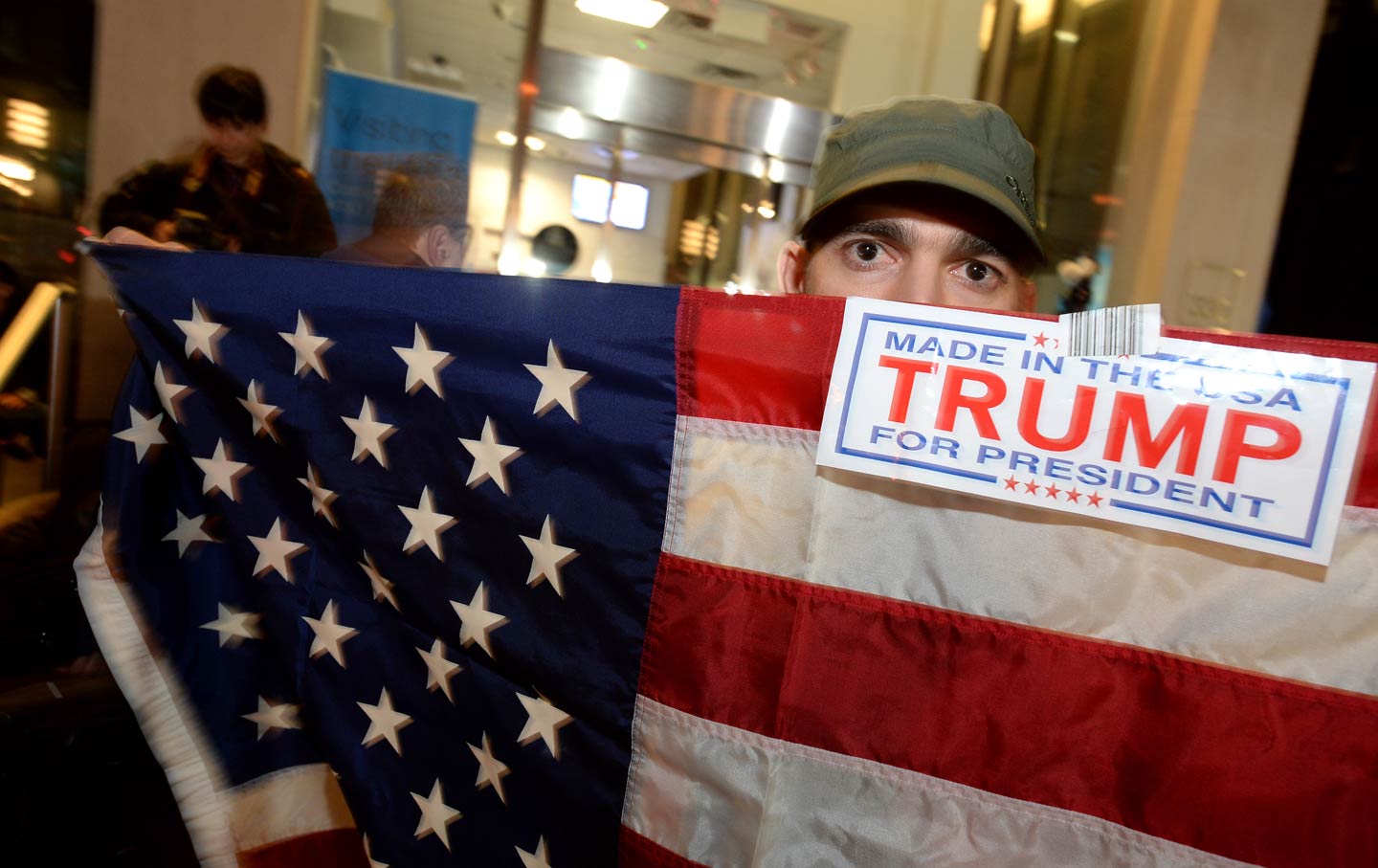 From Nixonland and Before the Storm to Invisible Bridge, Rick Perlstein has chronicled the rise of the right in postwar America. He’s won many awards and publishes widely. We spoke with him before Trump fired FBI Director James Comey. This interview has been edited and condensed.

Listen to Rick Perlstein on the “Start Making Sense” podcast.

Jon Wiener: There’s been a consensus among historians of American politics about the rise of conservatism in postwar America. You’ve pointed out that it worked pretty well—until Trump won.

Rick Perlstein: What we call the modern conservative movement was seen to have emerged in the mid-1950s, when it was believed that conservatism was dead in American life. Then a group of high-minded intellectuals, largely around the National Review and its editor William F. Buckley, hashed out a fusion of various conservative traditions that had existed only in tatters at that point. They purged the conspiracy theorists, the anti-Semites, and the militia types. Maybe you had run-ins with the Ku Klux Klan, and white supremacists, and crazy conspiracy theorists, but they were seen as marginal to the main story. You emerged with a conservative movement that was safe to take home to mother. That paved the way for Reagan in California, and then his presidency.

Then you have the very people who saw themselves as the guardians of this polite conservative tradition, even the National Review, reversing course and embracing Donald Trump. I realized that we’d been much too polite to this movement that chose Trump as their apotheosis.

JW: A second part of the consensus looked at the grassroots basis of the 1964 Goldwater movement. Harvard historian Lisa McGirr wrote a book called Suburban Warriors. The thesis was that the Goldwater movement, at least in Orange County, California, was not made up of right-wing lunatics and Klan members. Instead, it was a movement of suburban middle-class housewives and their husbands who worked in aerospace. These are ordinary Midwestern church-going folk who have this paradoxical idea that big government is bad, even though their world exists only because of government funding. These people formed a grassroots movement that took over the Republican Party in 1964, and then, with Reagan, their movement captured the whole nation.

RP: McGirr’s book has a lot to recommend it. On the other hand, a friend of mine named Kim Phillips-Fein, who’s a wonderful historian in her own right, says, “In some ways the emerging vision of conservatism fails to capture the emotional tone of the movement.” I realized that our histories of conservatism don’t carry the rage and perversity. For example: Tom Kuchel was a liberal Republican senator from California in the ’60s. He wrote an angry, freaked-out article about his constituents. He said 10 percent of the mail he was getting in his Senate office involved conspiracy theories that people really believed in: that the Chinese were going to invade California through Mexico, or that the UN was training barefoot African troops in Georgia, stuff like that. That was the kind of thing to which William F. Buckley had said, “We’re not interested in that.” But it was always there, and it’s certainly there with Trump.

JW: Trump grows up in Queens in the ’50s and ’60s, and you have very wisely opened our eyes to the dark side of politics in this era in New York City.

RP: There’s a real line of continuity between the Trump family and Donald Trump himself in this kind of alternate, angry, violent, right-wing genealogy. There’s the fact that his father, Fred Trump, was arrested at a Klan rally in Queens. He was released. We don’t know whether he was an associate of the Klan or not. That’s kind of in dispute. What isn’t in dispute was that he ran a very racist organization. Fred Trump built housing for the lower middle class, but it was “whites only.” They were sued by the Justice Department. Donald Trump was working in the organization at the time. He was named in the suit. That’s how he met Roy Cohn—who of course had been Joe McCarthy’s right-hand man—who came up with the brilliant defense that they weren’t discriminating against black people; they were discriminating against welfare recipients—which was BS.

The Trumps settled, but this is the 1970s, what I call Travis Bickel’s Taxi Driver New York, and Charles Bronson’s Death Wish New York, where the idea is that New York is an open sewer, and hard men are needed to rein in the excesses of a city gone mad. That reached its apotheosis in 1989, with the Central Park jogger case, in which five kids, teenagers, were scooped up practically at random, coerced into confessing to a rape of a white woman, and later were exonerated by DNA evidence. While it happened, Donald Trump takes out full-page ads in all the New York papers, calling for the death penalty, saying he longed for the days when cops were cops. Even today he’s refused to acknowledge these people’s innocence. What it looks like to me is a rhetoric that we find very familiar in the history of the racist South and the Ku Klux Klan: the rhetoric of white womanhood defiled by scary dark people who need to be lynched. What he’s talking about is lynching. That’s why I say I thought I understood American conservatism, but Trump proved me wrong.