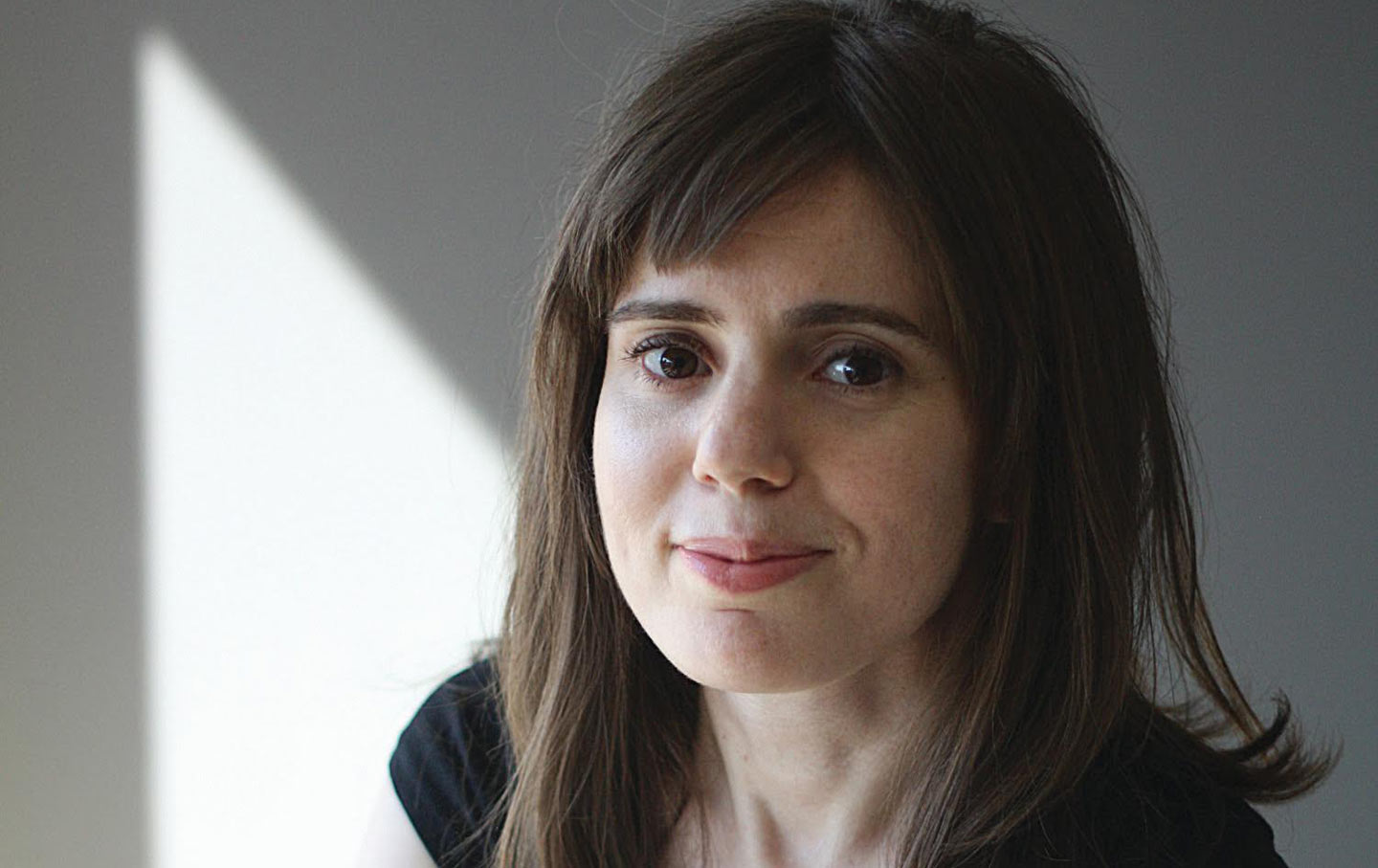 I don’t know if I can tell you exactly how Rebecca Schiff works the magic in her recent short-story collection The Bed Moved, but if I had to try, I would give an answer pleasing to your high-school English teacher: by using the active voice. Her narration style is minimal and excised, all the extraneous words taken out and then a few more, all the subjects simply doing the verbs. She uses this style to great effect in the title story: “The bed moved. Movers moved it. Movers asked what my dad did, why he wasn’t moving the bed.” She truncates explanation. A less self-assured writer would use many more words. Though she eschews the arc of plot seen in so much fiction about relationships, her narration pulsates with fundamental questions that stay unstated: Why do we keep hurting ourselves? How do we move on?

Schiff’s answers to these weighty questions, much like a few of her stories, begin with a joke. But her levity conceals the emotional punch she can pack. Rebecca tells a story, called “Third Person,” about Rebecca, the other woman. Rebecca is perpetually the woman with whom boyfriends choose to cheat. But eventually, the implications of listening to Rebecca tell a story about Rebecca are revealed: “Rebecca wanted to tell them not to worry, she forgot all the sex she had as soon as she had it, she didn’t really have it when she had it, and she hadn’t for a long time.” The distance we feel from Schiff, because she’s presented as a fictional character, seems to mirror the distance she feels from her sexual partners and from herself. Though sexuality is a constant focus—the stories tend to take one or a few thwarted relationships as their starting point—the death of a parent snakes through the collection. Many characters have lost a parent to cancer, something that Schiff experienced in her early adulthood. Loss structures the ways they connect to each other and their attitudes towards sex. They know what it’s like to lose something irreplaceable, to attempt to fill an unfillable hole with emotional and physical intimacy.

The centerpiece of the collection is story called “Another Cake,” about a young woman’s trip home from college to sit shiva after her father’s death. The story is filled with the black humor characteristic of the collection. The narrator comments on the fact that her relationship to her mother has changed, and now they must act as equals, though she would prefer a more parental hand. “Husband’s dead? Meet your new husband. Standing tall at five foot two, your new husband is majoring in cultural studies and has recently become sexually active,” Schiff writes. She depicts grief without melodrama, and her attention to telling details—the rabbi’s “thick lips and tie the color of lox,” or “the casserole sliding around in the backseat”—makes it clear that her senses are heightened, but she is in a daze. The death of a loved one is like taking temporary residence in the desert of the real, where your understanding of how the world works and your current reality refuse to cohere. Her ability to make sense of it all is gone, but the details are there; what’s surreal to her becomes visceral to the reader. The narrator’s erstwhile boyfriend shows up to the funeral, and the connection between sex and death is made more explicit: Once you’ve experienced each, you can’t go back to the way you were before, regardless of how nostalgic you feel.

The stories in The Bed Moved were written over the course of a decade, but they have intertwining themes and a few intertwined characters. Almost all the protagonists seem like women who would have been friends at a small liberal-arts college. I found myself reading it more like a novel where the plot is a little shuffled. Her most obvious forebear in minimalist stories that use crystalline language to explore human relationships is acclaimed writer Lydia Davis. There are stories in the collection that feel like they could be Davis’s. But Schiff is certainly charting her own path. While Davis tends to portray ambivalence as a constant of the human condition, Schiff is more interested in portraying it as a character trait. Of course, ambivalence can be both. Davis is content to let her stories that begin as jokes stay mere jokes. (Most illustrative of this is her story “Foucault and Pencil,” in which she performs various prepositional transformations on a book by Foucault and a pencil. She explores themes of emotional conflict and confusion, but at its core the story is about Foucault and the pencil, about words.) In Schiff, the jokes work to establish characters, to function as connective tissue between people, and to make their sadness more comprehensible. Both of these approaches can create strong works of art, and Davis is the master of the individual short story. But in Schiff’s sustained attention to time, its passing, and its effect on people, her interests burst at the seams of the short story. I won’t be surprised if she turns her attention next to a more epic form.

The last story in the collection is called “Write What You Know,” and it begins, “I only know about parent death and sluttiness.” The story hints impishly at the hallowed cliché of writing instruction—that fiction is strongest when you write from personal experience. (Schiff was once an MFA student in fiction; I imagine her beginning this story in response to workshop criticism.) But the story quickly goes off the rails. The narrator continues to list things she knows, eventually moving on to her conviction that a friend’s boyfriend is an idiot. She mentions the rift that this knowledge has caused in her friendship. The story ends with a demotic line: She’ll fix things “by apologizing for pretending to know things I can’t know, saying that only the two people inside a thing can know how dumb each other are, to get her back by waiting until she knows what I know, and I can stop pretending I don’t.” The devolution into trifling pettiness is played for laughs, but it also seems to be an apt metaphor for Schiff’s style of fiction. Reading stories as riveting as hers can be like watching someone peer into knowledge that she both can and can’t really know: In her work, you see the grace in human frailty.