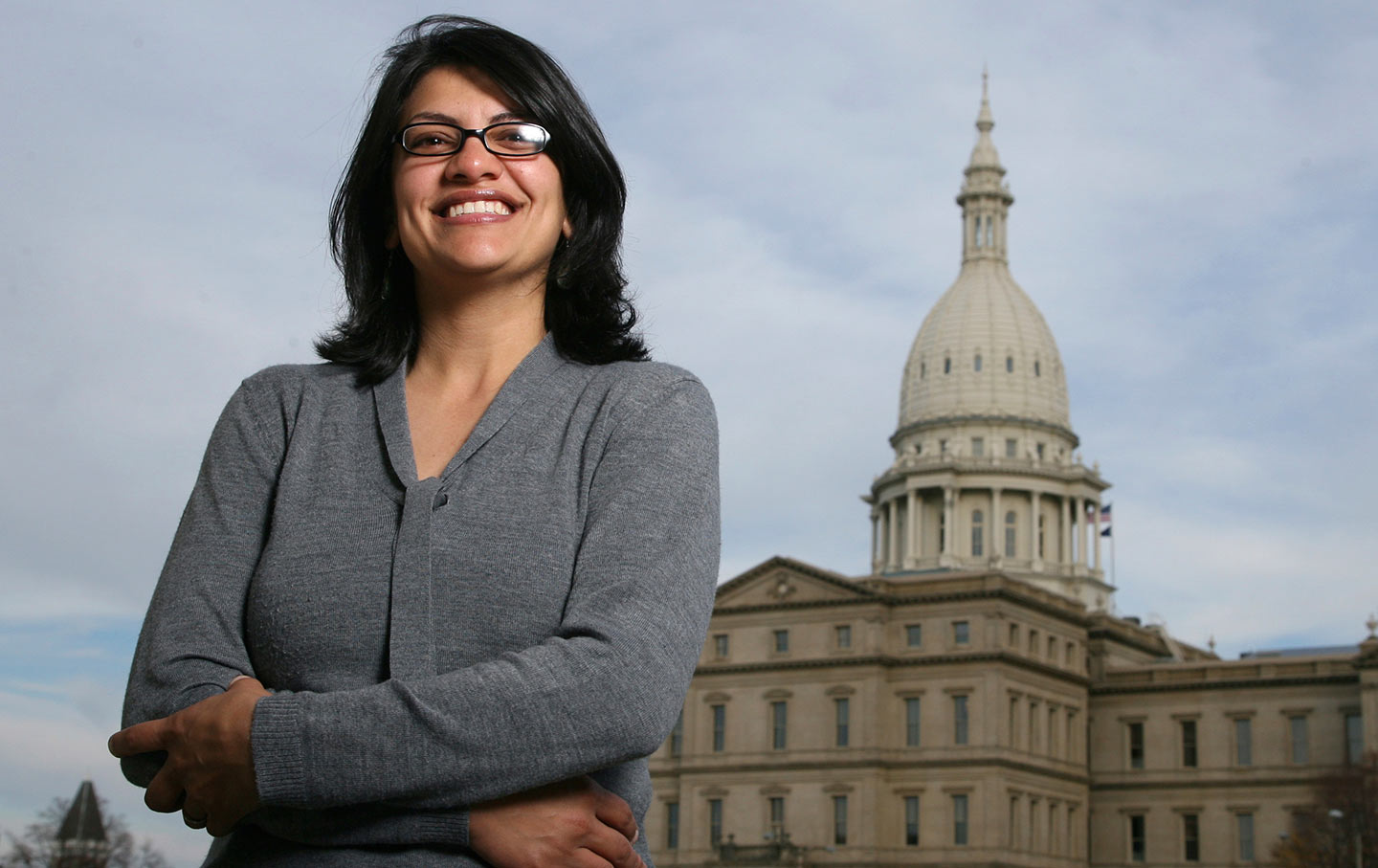 When Rashida Tlaib won a hard-fought Democratic primary race for an open seat representing Michigan in the US House of Representatives, she signaled that she will go to Congress as what she has always been: a speak-truth-to-power activist.

“I will fight back against every racist and oppressive structure that needs to be dismantled,” Tlaib declared in her victory speech early Wednesday morning.

Tlaib is serious about structural change. She’s a champion when it comes to resistance to Trump and Trumpism. But she is determined to move beyond resistance and usher in a new era of progressive governance—one in which civil-rights protections are not merely defended. They will be enhanced. When she takes office, Tlaib says, she will “propose legislation to drastically expand U.S. civil rights protections to cover discriminatory impacts, in addition to discriminatory intent.”

Her long-term goal is to achieve “a sweeping change for America that would change the landscape for millions of citizens.”

This is the big vision helped a speak-truth-to-power activist win one of the most intensely contested primaries in the country this summer.

Tlaib’s now the Democratic nominee in a Democratic district—the one formerly represented by John Conyers—and she is all but certain to take a seat as a member of the US House next January. Don’t expect this lawyer, activist, and former state legislator to serve as a backbencher. The woman who was once thrown out of a Trump rally for demanding that the billionaire candidate “read the Constitution” is going to shake up the political status quo. For one thing, she would be the first Muslim-American woman ever elected to Congress. For another thing, as a Palestinian American, and the child of immigrants, she will bring bold ideas and a vital sense of urgency to Capitol Hill at a time when, as Tlaib suggests, it is necessary to “resist Trump’s attacks on our communities.”

Tlaib will fight hard in the House, as she has on the campaign trail, for “Medicare-for-All that guarantees health care as a right, not a privilege,” for “Debt-Free College and Vocational Training, for a $15-an-hour minimum wage, for strong unions, for ending corporate welfare and for overturning Citizens United.”

The newly nominated contender will have allies, on Capitol Hill and on the streets. Tlaib was backed in her primary run—against a crowded group of able contenders—by major unions such as the Michigan Education Association and activist groups such as Justice Democrats, Democracy for America, Greater Detroit Democratic Socialists of America, and the Progressive Change Campaign Committee. Congressional Progressive Caucus leaders such as Congresswoman Pramila Jayapal (D-WA) and Congressman Ro Khanna (D-CA) backed her candidacy, as did Alexandria Ocasio-Cortez, a fellow democratic socialist who is expected to be elected to Congress this fall from a New York City US House district.

Like Ocasio-Cortez, Tlaib sees herself as part of a movement. She wants to take the program of that movement to Washington. But Tlaib also wants to expand that program.

The biggest impression that Tlaib hopes to make is on the discussion about civil rights in America.

The attorney and advocate with the Detroit-based Sugar Law Center for Economic and Social Justice knows the law. And she knows that the promise of the Civil Rights Act of 1964 must be restored and extended.

“It’s 55 years old and it’s time. It’s time to look at this in a much more in-depth way,” Tlaib says of the landmark civil-rights measure.

Tlaib’s proposal for a Justice For All Civil Rights Act, which she told The Detroit News she developed after knocking on doors throughout Michigan’s 13th Congressional District, is ambitious. It seeks “to drastically expand US civil-rights protections to cover discriminatory impacts, in addition to discriminatory intent, when elected to Congress—a sweeping change for America that would change the landscape for millions of citizens.”

With an eye toward addressing inequality, Tlaib proposes to give Americans equal access to opportunity—no matter where they live, no matter what their background. As her campaign explains, “Economic opportunity—the ability to get a good education, to purchase affordable insurance, to get a mortgage or loan, or even to have safe drinking water—should not be determined by race, religion, ethnicity, or zip code.”

With an eye toward providing Americans with new options for demanding equal access to health care, educational opportunity, and public services, Tlaib’s Justice For All Civil Rights Act would: ​

Restore the ability of victims of discrimination to challenge practices that have an unjustified discriminatory effect based on race, gender, age religion, national origin, gender identity, disability, or sexual orientation by re-establishing disparate impact as the standard upon which civil rights actions can be filed.

Hold universities, schools, and administrators accountable for widespread sexual assault and harassment actions like those inflicted by Larry Nassar at Michigan State University by eliminating barriers in Title IX sexual assault and harassment cases that created incentive for officials to remain ignorant of problems. The New Civil Rights Act will make the standard of culpability compare to the agency law standard that apply to employers under Title VII of the Civil Rights Act of 1964.

Ensure that individuals can pursue federal civil rights claims against discrimination by insuring a private right of action—including punitive and compensatory damages, attorneys’ fees and costs—is available for individual litigants to pursue civil rights claims, while protecting equitable relief and other remedies for victims whose claims are based on disparate impact.

End corporate abuse of “mandatory arbitration clauses” that thwart employees and customers who face discriminatory access to the procedural protections, substantive rights, and remedies that federal and state civil rights laws, including Title VII, provide. Under the New Civil Rights Act such arbitration clauses will only be enforced if they are part of valid collective bargaining agreements.

That’s an ambitious proposal, to be sure. Tlaib admits that “it’s going to take me years, possibly several tries to succeed.” But, as Ben Wikler, the Washington director of MoveOn (which backed Tlaib), says, she and candidates like her have a very big, very bold “vision of an inclusive America where everyone can thrive.”

It is an agenda that sees beyond the Trump interregnum to a future that can be great—for all Americans.