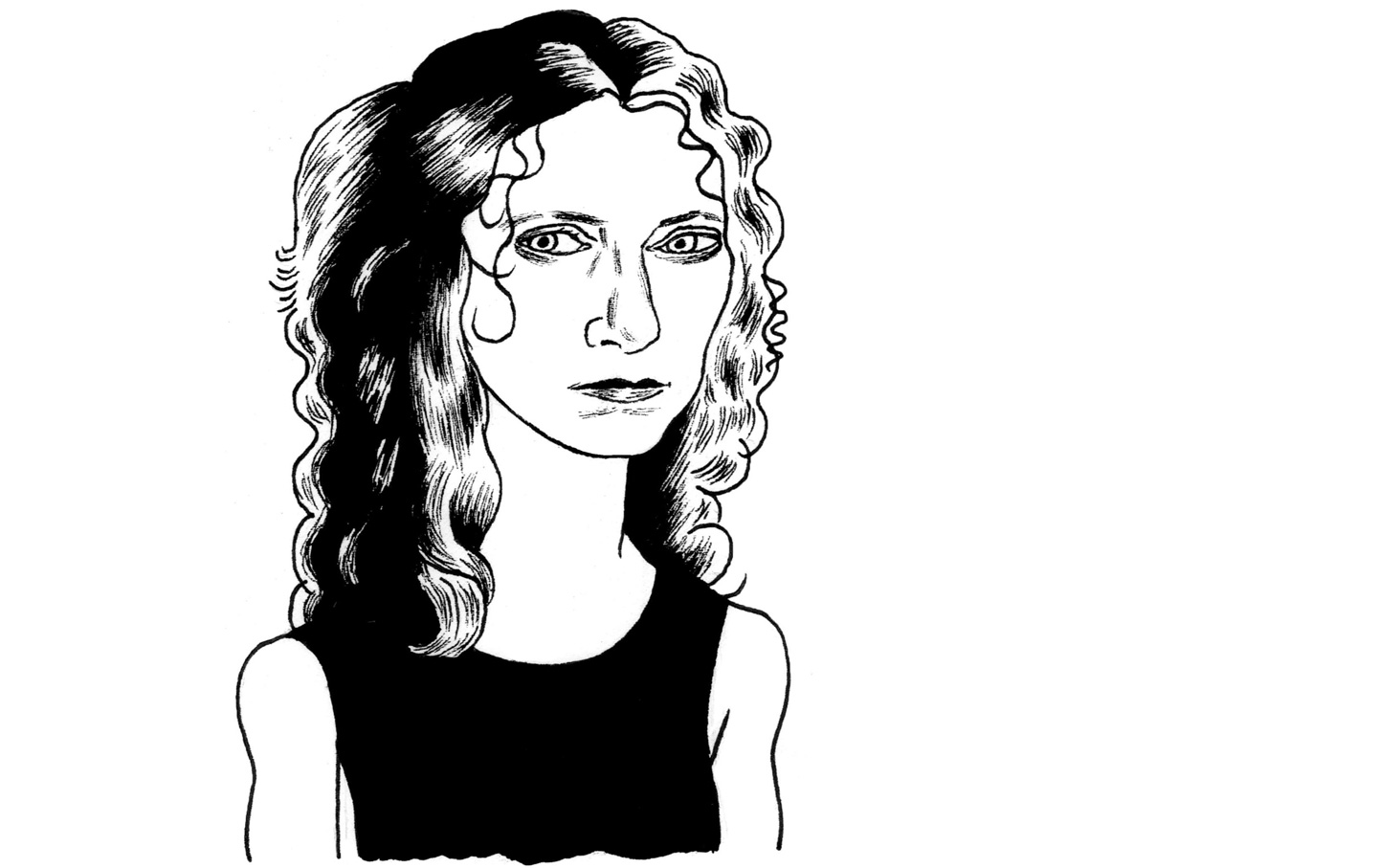 In 2013, Jessica Bruder set out in a van (nicknamed “Halen”) to chronicle the wanderings of a new and growing class of American migrants: a community of older people who, instead of enjoying a leisurely retirement, live on the road out of necessity, working grueling, low-paid, seasonal jobs to supplement their meager Social Security income. Now she has spun their stories into Nomadland: Surviving America in the Twenty-First Century. At once wonderfully humane and deeply troubling, the book offers a touching and terrifying tour of the increasingly unequal, mobile, and insecure future our country is racing toward.

I spoke to Bruder in mid-September, a few days before Nomadland was published. Our conversation has been edited for length and clarity.

Astra Taylor: Your book can be read as an entertaining story of a cast of charming, vagabond characters living life on the margins, but you are also making the case that these people represent something significant about America in the early 21st century. Why is it important to look at this community?

Jessica Bruder: The people I wrote about all made what looks, from the outside, like a radical choice. They’ve sidestepped the growing expense of traditional housing by moving into old RVs, vans, travel trailers and even a few sedans. For those living hand-to-mouth, this is no easy lifestyle. Apart from facing the day-to-day complications of life on the road—vehicle breakdowns, police harassment, scary weather—they’ve elected to make themselves what mainstream Americans consider homeless. (They prefer calling themselves “houseless.”) And that puts them in a hard place, because American culture still largely equates home ownership with citizenship, stigmatizing those who live differently.

But, more and more, precarity has morphed into the status quo. The economic fringe is becoming the center. In other words: “They” are turning into “us.” So I hope that the stories in this book will offer readers a wake-up call—not because the characters’ circumstances seem exotic, but because, in many ways, they’re quite familiar. The price of traditional housing has skyrocketed. Wages have stayed flat. In that context, the decision to become a nomad isn’t radical at all. It’s a logical outcome of the economy we’ve built.

AT: Many of the people you profile are older and they are arguably quite radical, in their life choices and their disillusionment with consumer culture. How do they relate to the wider “Make America Great Again” phenomenon we are witnessing today, which seems to appeal disproportionately, though not exclusively, to older folks?

JB: My reporting ended before the Trumpocalypse began. Still, most of the nomads I met were not especially political. They were off the grid, both literally and figuratively. Many don’t get to vote because they’re so mobile, with legal addresses that don’t necessarily correspond with the states they’re visiting when elections roll around. (For what it’s worth, the one van dweller I know who managed to vote, and spoke openly about it, was a proud Clinton supporter. She also went to Standing Rock. She is an anomaly.) While they share a sense that the system is broken, most tend to live that experience more pragmatically than politically. If you’re working 12-hour shifts at the sugar-beet harvest, you’re going to fall asleep at the end of the day, rather than stay up and write your congressperson.

I met people who identify as both liberal and conservative—with a broad streak of libertarianism mixed in—but many refuse to talk politics when they get together. I think they share a common skepticism that any government will rise to the staggering economic and environmental challenges that America faces. The cavalry isn’t coming to help them any time soon, so they’re doing the best they can to help themselves.

AT: I was struck by the fact there are a lot of strong, compelling women in the book. Where you surprised to meet so many older women living this way?

JB: I was impressed, but not entirely surprised, to encounter so many older, single women making it out on the road. Women have lower lifetime earnings than men and, consequently, reap less in Social Security. Lots of factors play into this, including the gender wage gap and the fact that family caregiving and other types of unpaid labor still fall largely on women’s shoulders. And when you look at the generation we’re talking about, most women weren’t raised with the expectation of joining the workforce. One income was enough to sustain a family, and typically husbands were the breadwinners. Complicating matters, women typically have longer lifespans than men, and have to stretch their savings further.

Meanwhile, most of the canonical “road books,” from Kerouac to Steinbeck to Least-Heat Moon, are told from a male angle. Nomadland seemed like a great opportunity to do something different, putting women’s perspectives front and center.

AT: I want to ask you more about race, a topic you raise about halfway through the book. It’s much easier (though by no means easy) to live in a van if you are white, since people living in vehicles are constantly concerned about being stopped by police.

JB: Absolutely. When I slept in the van in public places during my reporting, I dreaded getting what nomads call “the knock”: a police officer pounding on the window, telling me to move along. That said, I’m white. And I couldn’t begin to fathom how I’d feel in the same situation if I were a person of color, vulnerable not just to economic profiling but racial profiling too. Back then, every time I read the news, there was a new account of a police officer shooting an unarmed African-American motorist. It was horrifying, and it just kept happening.

All that was before the last election. Today we have a president who flirts with David Duke on Twitter. We have police who stand by idly as white supremacists enact domestic terror. The lid has blown off what was already a racial dystopia. None of that bodes well for non-white nomads—or, frankly, for anyone who cares about the future of this country.

AT: You make the intense physical labor that older, and even elderly, people are doing palpable: working at campgrounds as cleaning crews, as seasonal agricultural hands, in Amazon’s warehouses as runners. You even take some of these jobs yourself. It’s outrageous how hard people are pushed. At the same time, I was struck by your account of automation, and how incompetent the robots Amazon uses are. Do you think we’re due for a robot takeover (as pundits warn), or will humans continue to be worked to the grave?

Top CEOs Have $4.9 Billion Saved Up for Retirement. Nearly 1/3 of Workers Have Nothing.

JB: Both. The future is already here, and it’s a hybrid. One of the most visceral examples of this comes from Japan, where companies have started strapping elderly workers into robotic exoskeletons that enable them to lift heavier objects.

At some Amazon warehouses, robots now ferry tall shelves of merchandise to stations that are run by human workers. So while those workers end up doing less walking, they actually do more lifting, squatting, ladder climbing, reaching, and scanning—all taxing physical movements—to pick and stow individual objects than they did before the robots showed up.

No matter how good automation gets, people still have to eat. And that means humans will keep on doing taxing work, especially the kind of low-wage jobs for which humans remain cheaper than robotic alternatives.

AT:  Your book is character-driven and gives some historical and economic background. You talk about past migratory subcultures and the rise of economic inequality. But your book is not prescriptive. What do you think could be done to help the sorts of people you profiled? Can you imagine them getting organized into a kind of roving, radical AARP?

JB: I love that idea! But it’s hard to envision this disparate group getting politically organized. Most of the people I met were immersed in the day-to-day rigors of nomadic living, dealing with challenges that were right in front of them. I watched them pass the hat for van repairs, care for sick and injured members of their community, teach each other survival skills for living on the road, provide all kinds of mutual aid. It’s hard to expect them to do all that and simultaneously have the remaining resources—and sense of self-empowerment—that it takes to organize for widespread social change.

But for those who are politically engaged and interested in protecting this vulnerable community, there are many fronts on which to fight. We need to protect Social Security and create a livable minimum wage, for starters. And we also must stand against the ongoing criminalization of homelessness. In a rapidly growing number of cities, for example, it’s illegal to sleep in your car. What does it say about our social priorities when we tell folks, “Your car is good enough to stay here, but you aren’t?” That’s the same thing as valuing property over people.

AT: There’s also a whole younger generation of #vanlife people who make money via Instagram and other platforms, making life on the road seem effortless and glamorous and perpetually sunlight-dappled.

JB: #VanLife is a brand. It benefits a small cabal of self-made marketers who fund their adventures by peddling an image—an aspirational lifestyle of bohemian chic and ease. So when people argue that #vanlife is a compelling social movement, I roll my eyes. There’s a big difference between a brand and a movement. Conflating the two is not only naive but corrosive; it promotes willful ignorance of what’s actually happening in our country. For every hipster who is “living the dream” and striking yoga poses next to a VW bus on Instagram, there’s another young person on the road whose destiny was shaped by, well, reality. Rising housing costs. Dead-end jobs that don’t pay a living wage. Student debt.

AT: The book ends with a balance of fear and hope, with your main character, an older woman named Linda, aiming to set down roots in a very remote corner of the Arizona desert. How do you feel about your own future after writing this book?

JB: I don’t know what happens next. But I kept the van.