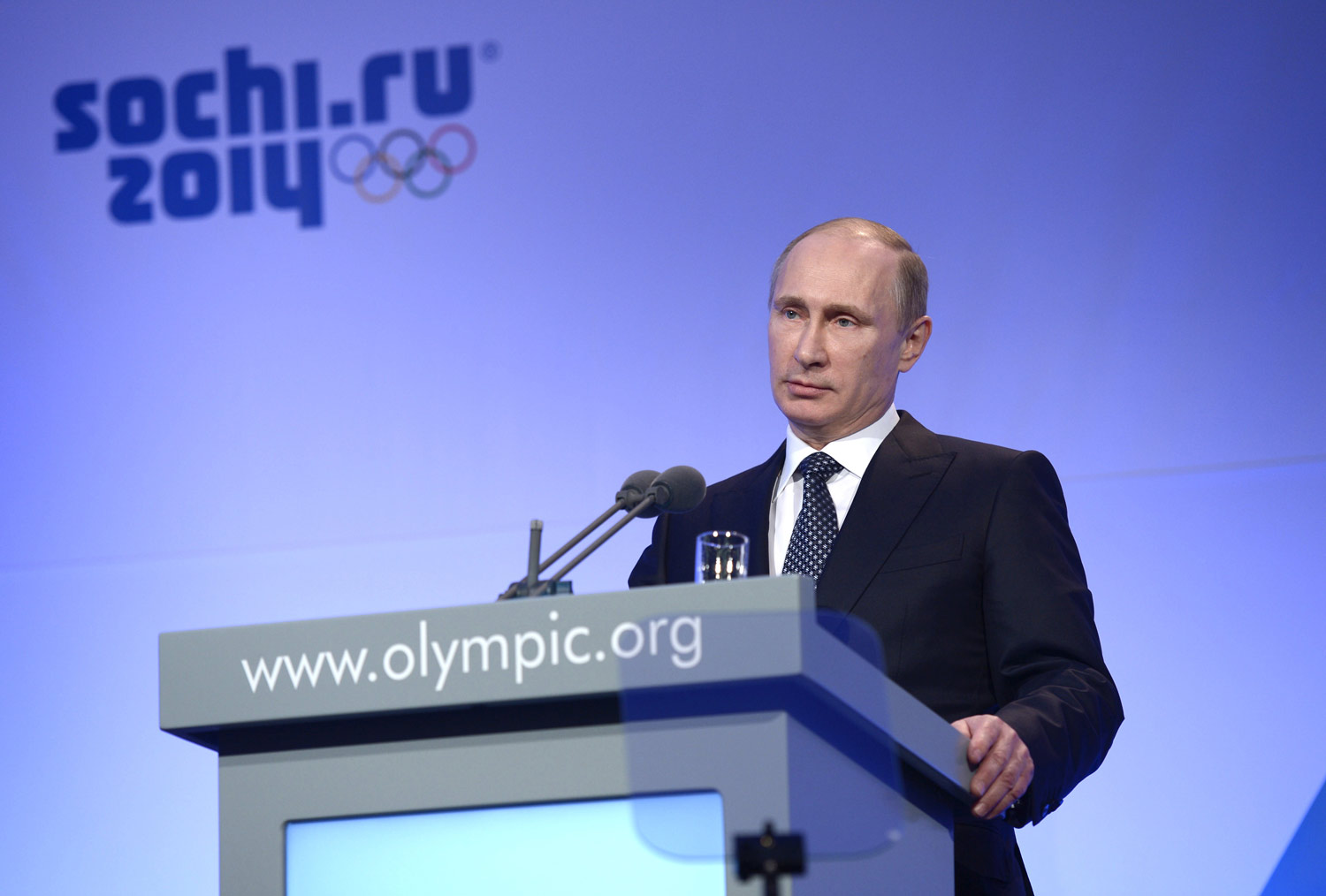 Toward the end of December, Russia dominated the news cycle for days with a series of high-profile acts of mercy. First, President Vladimir Putin pardoned the country’s “number-one political prisoner,” his old foe Mikhail Khodorkovsky. Then the jailed Pussy Riot members and the Arctic 30 went free, along with 2,000 other nonviolent prisoners (not 20,000, as some initially reported), under amnesty legislation proposed by Putin. Pundits called it a “mini-thaw” and a PR coup, Putin’s attempt to clean his hands of his most controversial prisoners before his country’s coming-out party at the Sochi Winter Olympics in February.

But the so-called thaw didn’t make it to Sochi, where local activists have been under pressure from law enforcement agencies for months. Even as the State Duma was discussing amnesty legislation in December, a court in the city of Tuapse, just north of Sochi, ruled that Yevgeny Vitishko, a geologist, father of two and a member of the region’s most active environmental group, Environmental Watch on the North Caucasus, had violated his parole conditions, changing his three-year suspended sentence to hard time. This week, on the same day that Environmental Watch on the North Caucasus released a damning report about the damage caused by Olympic construction, a higher court denied Vitishko’s appeal of the December ruling, sending him to a prison colony for three years.

Vitishko told The Nation in December that he expected to serve time, noting how over the past year he and EWNC have actively protested Olympic-related environmental violations, stopping mining operations in a protected area near a local river and preventing twenty-eight natural sights from losing their protected status. EWNC has documented a wide variety of environmental abuses related to Olympic construction, including illegal quarries and waste dumps around Sochi that have ruined residents’ gardens and even in one instance caused a mudslide that severely damaged homes.

“Maybe it’s a way to show that they can deal with everyone the way they’re dealing with me, so that people don’t act up,” he said.

The prosecution of Vitishko started in 2011, when he and other local activists staged a protest outside a mansion being built in a forest preserve on the Black Sea coast, resulting in the destruction of a federally protected species of tree. Activists say the mansion belongs to local governor Alexander Tkachyov, although the regional administration has denied this. Biologist Suren Gazaryan spray-painted “This is our forest” and “Alex is a thief” on a fence around the property, and activists dismantled part of the fence to proceed further.

As a result, Vitishko was charged with “damaging property with hooliganistic intentions” and given a suspended sentence of three years. Gazaryan fled and received political asylum in Estonia after he said he was threatened with attempted murder charges for picking up a rock when confronted by a security guard at the mansion.

But after Vitishko continued to agitate, most notably against Olympic environmental damage, his legal woes started to multiply. In December, a judge ruled that he had “systematically violated” the curfew conditions under his suspended sentence by failing to register a trip to a neighboring city with the parole office and showing up a day late for registration on another occasion. In February, he was arrested outside the parole office, where his lawyer Alexander Popkov said he had gone to register a trip to Sochi for the start of the Olympics. He was slapped with a fifteen-day jail sentence for allegedly cursing in a public place, a law that is almost never enforced.

“People often ask me why I smile so often,” the perennially cheerful Vitishko told the court this week via video-link from jail. “You can’t take situations like this seriously, you have to take them with a little irony. What’s happening in our country and what’s happening in Sochi should never happen. We are not able to tell the truth about what will happen in our region after the Olympic Games.”

A variety of groups, including Greenpeace and Human Rights Watch, condemned the verdict as a travesty of justice and an attempt to stifle criticism of the Games and their after-effects.

“It’s obvious that this is connected to the Olympic Games and the attempts of environmentalists in the Sochi area to bring to light violations connected to Olympic preparations,” Yulia Gorbunova of Human Rights Watch told The Nation.

Most striking is that Vitishko declined to flee Russia, even though the court was expected to rule against him. He felt that by doing so, “he would be betraying the work of Environment Watch,” Popkov said.

The activist can appeal the sentence once more within the next year, but there is little chance it will be overturned.