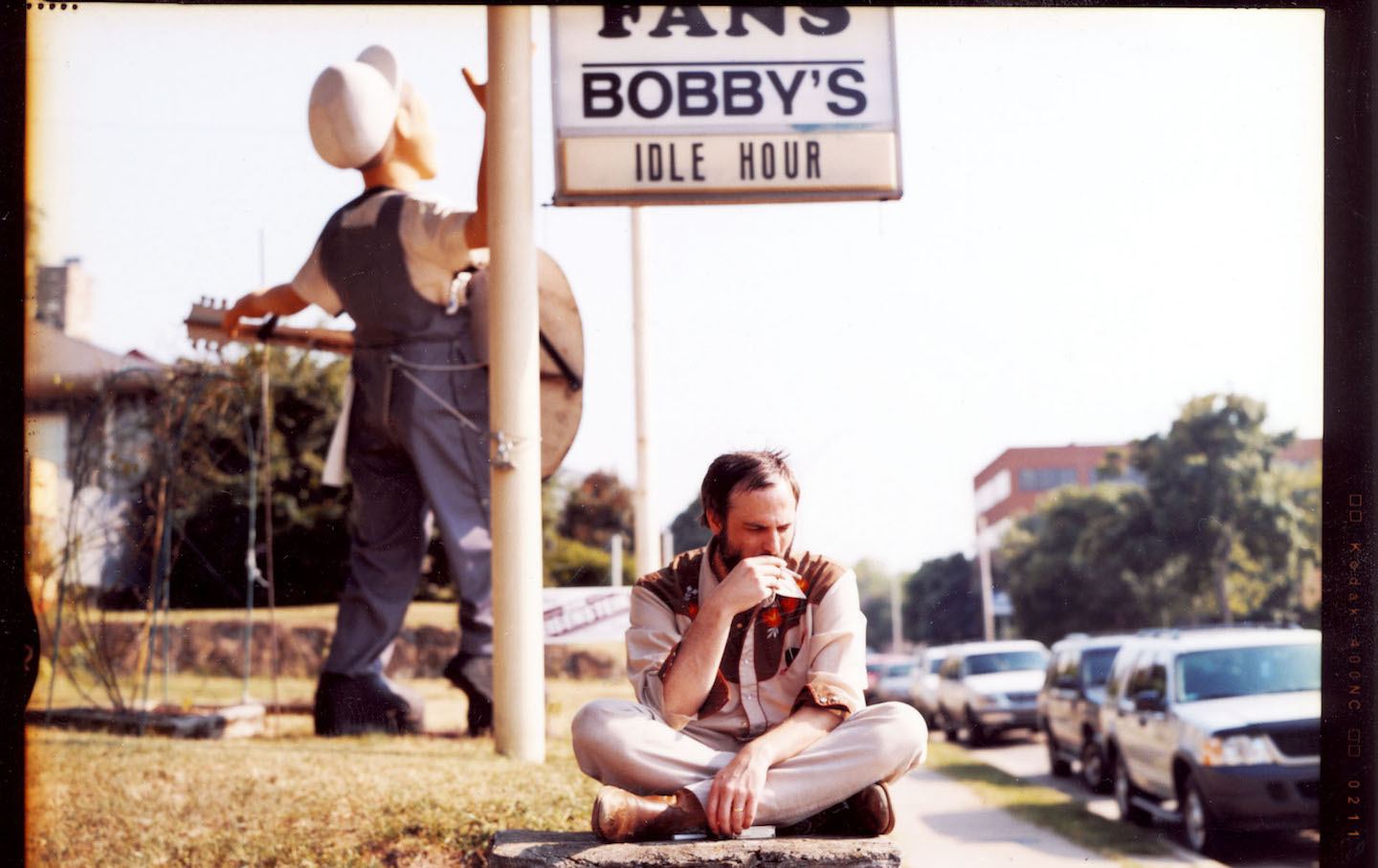 Singer-songwriter and poet David Berman died this past Wednesday at the age of 52, less than a month after the release of Purple Mountains, his first new album after a decade-long hiatus. For 20 years, Berman was the principal member of Silver Jews—the original lineup also included Pavement’s Stephen Malkmus and Bob Nastanovich—which gradually evolved to comprise a rotating cast of musicians performing his strange, beguiling rock songs. Berman’s inimitable lyrics—inscrutable, surrealist, acerbic, deadpan, and effortlessly funny—were the soul of the project. His infinitely quotable lines (like the one that opens 1998’s American Water: “In 1984, I was hospitalized for approaching perfection” ) were at once pithy and outlandish; they astonished, then stuck with you.

Though Berman was infamously resistant to self-promotion (the band didn’t tour until 2005), his music found a devoted audience. Meanwhile, he became a kind of cult figure, for his writing as well as his music. He released a collection of poems (1999’s Actual Air, reissued this year) and was a frequent contributor to The Baffler, The Believer, and other magazines. His reclusiveness only added to the sense of mystery that enshrouded him.

On what turned out to be Silver Jews’ final album, Lookout Mountain, Lookout Sea, released in 2008, Berman sounded uncharacteristically hopeful. This swan song was an ending limned with the possibility of what might come next. “What is not but could be if,” he sings on the opening track, “We could be crossing this abridged abyss / Into beginning.” This sort of abstraction was classic Berman. (Few would dare, as he once did, sneak the line, “Why is there something instead of nothing?” into a song.) The emotional core of his music tends to come cloaked, and the analytical language of “What Is Not But Could Be If” might mask the depth of its wide-eyed disposition. But on that album’s final track, a duet with his bandmate and wife, Cassie Berman, the feeling is far more straightforward. “We could be looking for the same thing / If you’re looking for someone,” they sing on the chorus. “We could belong to each other / If you’re not seeing anyone.”

On Purple Mountains, the album that heralded his tragically brief return to music, Berman sounds decidedly less optimistic. If Silver Jews closed out their career with odes to the open field of possibility, Berman here inaugurated what would have been a different artistic phase with a series of songs about the disappointments of expectations unfulfilled. “All my happiness is gone,” he announces early on—the declaration serving as both the title and the anthemic chorus of Purple Mountains’ excellent lead single, signaling not only Berman’s state of mind but also a new interest in trading mystery for clarity.

The gloom that suffuses Purple Mountains—which, listening now, one can’t help but find overwhelming and visceral—is leavened throughout by the alt-country buoyancy of the album’s soundscape (courtesy of his backing musicians, consisting mostly of the folk-rock band Woods) and by Berman’s lyrical playfulness. With Silver Jews, his linguistic high jinks occurred at the level of idea or character, often courting absurdity to the point of obscurity. Here, in a field narrowed to variations on a single mood, experienced by a single character—Berman admitted that these songs are uncharacteristically autobiographical—new lyrical modes emerge.

One is self-effacing directness. Whereas with Silver Jews he conjured wandering ambiguities to work through his fairly cynical worldview, here he offers his sardonic statements in more directly legible forms: “I mean, things have not been going well / This time I think I finally fucked myself,” he sings on the understatedly titled opener, “That’s Just the Way That I Feel.” But the simpler lyrics hit hardest when he twists the vernacular to accommodate the profound. Such lines have a way of sounding aphoristic yet comfortably lived in. Take the opening track, when Berman describes having “spent a decade playing chicken with oblivion,” or “Darkness and Cold,” when he gently puns, “The light of my life is going out tonight without a flicker of regret.”

At other moments, Berman succeeds by bringing the divine down to earth. On album highlight “Margaritas at the Mall,” he reframes a Jewish mystical idea about the paths to God as a despondent parable, nearly Kafkaesque in its vexed desolation, but he delivers it with more of a swaggering shrug than a scholarly sigh: “Fifty gates of understanding, 49 are closed / Yes, I guess this time I really hit that number on the nose.” Later in the song, musing on the prospects of a world abandoned by its Creator, Berman crafts his lament into an almost too cute repetitive rhyme: “See the plod of the flawed individual looking for a nod from God / Trodding the sod of the visible with no new word from God.” On paper and out of context, the lines could seem cloying. But when Berman brings them to life with his earnest, nearly cracking baritone—and sets them before a chorus that allegorizes human life as one long, depressive indulgence in a shopping-mall happy hour—the lyrics become not just clever but also rich and wrenching. Whispers of pedal steel guitar, bursts of trumpet, and rousing backup vocals all conspire to give the song a somber yet strident atmosphere.

While Purple Mountains bears more than a passing sonic resemblance to a Silver Jews record, its big-band country sound, with humming bass lines, crisp drums, and spritely lead guitar surrounding Berman’s steady acoustic strumming, is ultimately a departure. (Even the most country moments on Silver Jews records have a punk-rock edge that makes them sound partly parodic; they dip into the tradition without fully committing.) The sound suits the new material, and his melodies and vocal performances are stronger than ever—especially impressive coming from someone who once sang, with a wink of self-deprecation in the implied self-assigned lineage, “All my favorite singers couldn’t sing.”

Purple Mountains is an impressive entry in Berman’s oeuvre and now, sadly, a fitting bookend to it. On the album’s closing track, “Maybe I’m the Only One for Me,” the lyrics’ dejection—couplets include “I’ll put my dreams high on a shelf / I’ll have to learn to like myself” and “If no one’s fond of fucking me / Maybe no one’s fucking fond of me”—is belied by the spriteliness of their delivery. The reborn Berman of Purple Mountains sounded as sure of himself as a singer and songwriter as he was bewilderingly unsure of absolutely everything else.

Of course, now that we can hear the album only from the other side of Berman’s death, it’s impossible not to hear its darkness differently. “The dead know what they’re doing when they leave this world behind,” he sings on “Nights That Won’t Happen.” Now Purple Mountains reads less like a return to form—triumphant even in its despair—and more like an album in the vein of David Bowie’s Blackstar and Leonard Cohen’s You Want It Darker: death-haunted works composed in sight of the end. For listeners, the album is a parting gift. On the wistful ballad “Snow Is Falling in Manhattan,” Berman sings about music’s capacity for consolation:

Berman’s songs have always been, for some of us, places of refuge, respite, relief. They are no less so now.