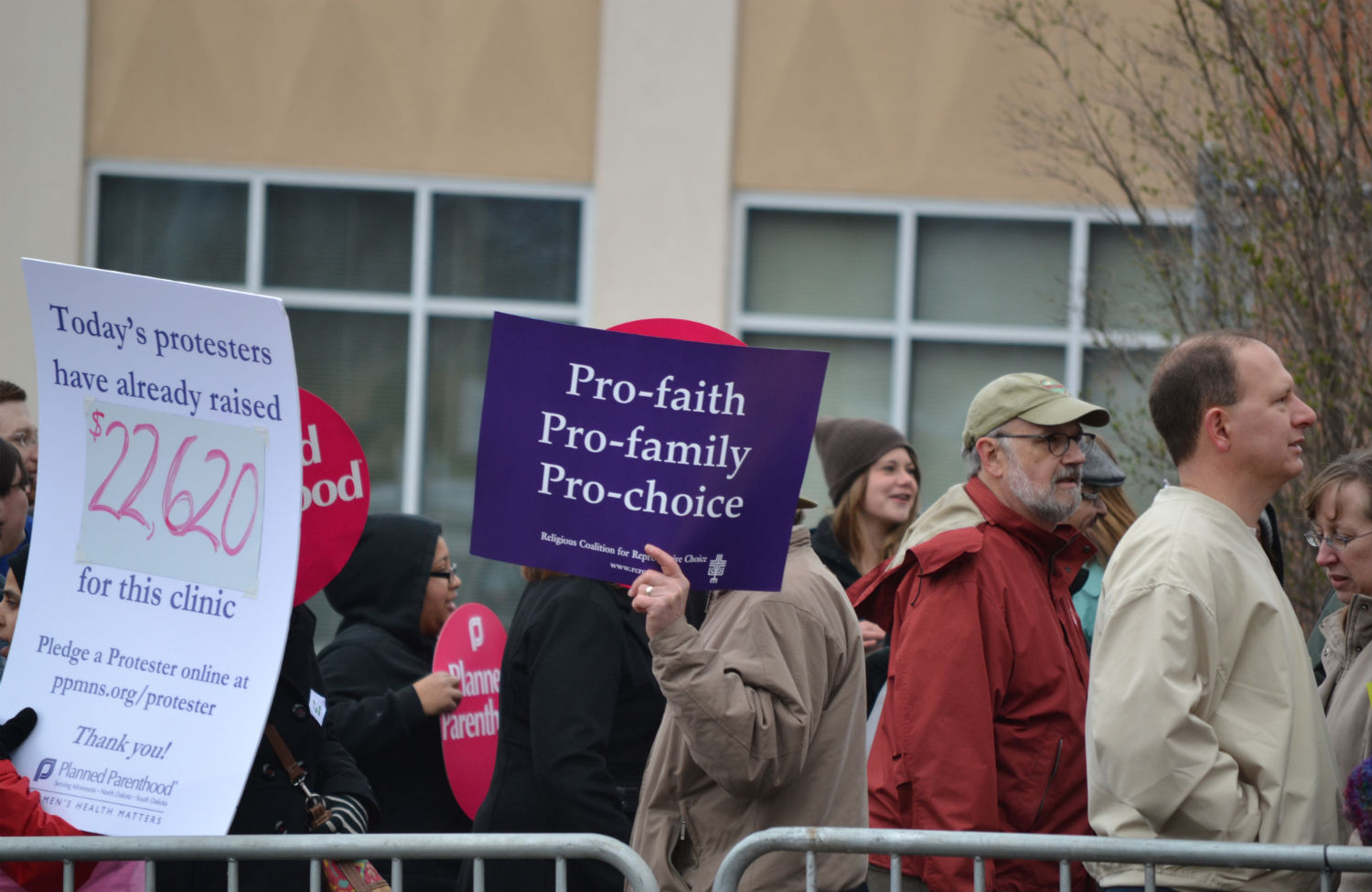 Three years ago, when he was elected governor of Kansas, Sam Brownback promised to sign any anti-abortion bill that landed on his desk. He’s kept his word, signing a handful restrictive measures to force doctors to give medically unsound information to their patients, impose crippling licensing requirements on clinics and divert funds from health providers to crisis pregnancy centers, among other things.

Now, Brownback is facing a re-election campaign that looks decidedly tougher than most expected, and pro-choice activists are eyeing the race as they seek to reverse the momentum of anti-choice laws sweeping the states. Some early polls show Brownback trailing his Democratic challenger, a little-known state representative named Paul Davis who has voted against many of the anti-choice bills.

“Even if Governor Brownback is put on defense because of his abortion stance, that would matter significantly,” said Ilyse Hogue, president of NARAL Pro-Choice America (and a blogger for TheNation.com). “There’s a perception that because Kansas is deep red, he’s safe as an anti-choice politician.”

Instead, pro-choice advocates will try to make positions like Governor Brownback’s a liability this year. NARAL plans to prioritize gubernatorial and states races where control of the legislature is closely contested, a decision that reflects that the decisive battles over abortion are now fought largely outside Washington. Nationally, the legal right to abortion remains intact. But women in many states are rapidly losing access on a practical level as state lawmakers force clinics out of business and require patients to jump through increasingly burdensome hoops.

States passed fifty-three laws restricting abortion last year, according to the twenty-third edition of NARAL’s report “Who Decides? The Status of Women’s Reproductive Rights in the United States,” which was released Tuesday. They include outright bans on abortion after as little as six weeks of pregnancy, as well as measures to impose crippling restrictions on providers, defund family planning centers, prohibit insurers from covering abortion and force women to undergo biased counseling or delays. Since 1995, states have passed more than 800 anti-abortion measures.

In many recent cases, conservatives have concealed anti-choice provisions within unrelated bills, and then pushed them through at the last minute or in special sessions. In North Carolina, legislators cut insurance coverage for abortion and tightened rules on clinics by inserting the measures into a motorcycle safety bill on the final day of the legislative session. Ohio Governor John Kasich signed a slew of stringent provisions into law after they were attached to the state’s budget bill. Texas lawmakers needed multiple special sessions to pass a sweeping anti-abortion package that included a ban on abortions after twenty weeks and regulations that forced a third of the state’s clinics to close suddenly.

Concerted efforts to disguise anti-abortion measures partially accounts for their success even while Americans remain broadly supportive of the rights affirmed in Roe v. Wade, said Donna Crane, NARAL vice president for public policy, at a press conference this morning. “They’ve learned that their opinions are unpopular, so they obfuscate them,” said Crane.

Crance said the other key factor is how effectively conservatives have manipulated the levers of power, winning control of statehouses and governors’ seats across the country with the aid of outside money. Anti-choice governors now outnumber pro-choice governors twenty-nine to sixteen.

“When we see individual voters suppressed, the first thing that gets thrown under the bus is women’s rights,” said Crane. In Arkansas, for example, the GOP won full control of the legislature in 2012, propelled by a flood of cash from Americans for Prosperity, a Super PAC funded by the Koch brothers. Lawmakers proceeded to pass what was then the most restrictive abortion bill in the country, barring the procedure from twelve weeks onward. Seven other anti-abortion measures passed in the state last year, more than in any other.

States may have become the laboratory for advancing an anti-choice agenda, but Hogue said they also present the best opportunity for turning the tide. Although NARAL has yet to identify specific races to target Hogue expects to mount a full political program including media and field campaigns in as many as half a dozen states, and to be involved in dozens of others. Exposing anti-choice incumbents who try to repackage themselves in light of the GOP’s efforts to rebrand itself more women-friendly will likely be a key strategy. Nineteen anti-choice governors are up for re-election, including Sam Brownback.

“Would beating him be the holy grail? For sure, but part of the way we shift momentum is forcing these anti-choice extremist who hold political office to actually run on and defend anti-choice records,” Hogue told me. “Reversing this trend is a long-term game,” she said at the press conference. “It’s going to take several cycles to take hold.”