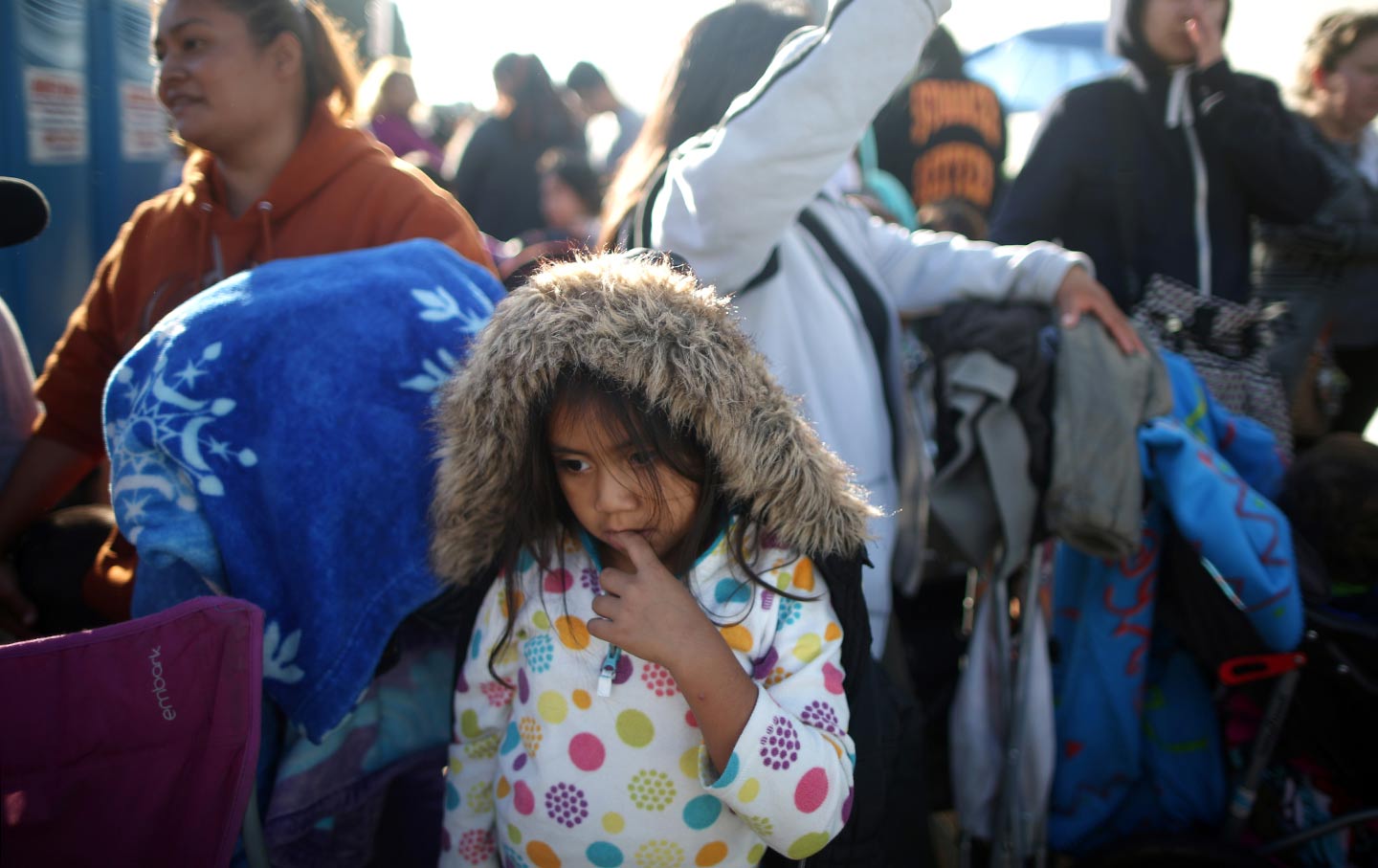 The Trump campaign’s clarion call is that his chief qualification as a statesman is his roaring success in business. Leaving aside the dubiousness of his claims, what about the assumption that government should be run more like a “free enterprise”? We can discuss the major campaign issues in terms of the track record of government privatization over the years, and how they relate to the issue that neither of the leading candidates is talking about enough: inequality.

In a compendium of privatization disasters, the watchdog group In the Public Interest (ITPI) concludes that “government privatization disproportionately hurts poor individuals and families.” By shifting social costs onto the public, the market logic of “personal responsibility” serves as a pretext for a self-perpetuating spiral of social disinvestment.

One way privatization fleeces the poor is by making basic public services cost more. The received wisdom is that people will be more conscientious about “consuming” services when they have “skin in the game.” Yet this neoliberal market logic ignores the fact that what makes services so essential is exactly why they should cost less, not more. ITPI points to privatization schemes for water and electricity systems, which have hiked user fees for outsourced utilities, but suffered from a decline in the quality of services, and that spiking rates “particularly harm low-income residents and those on fixed-incomes.”

On the national level, under the semi-private Affordable Care Act, overall costs for the public health-care “consumers” are virtually uncontrolled, but the free market draws from unlimited spigots of government subsidies. Next year, even “wise” insurance “shoppers” are looking at monthly premium increases of over 10 percent. Plus, there’s only one insurance monopoly in some areas.

As economic security erodes and social services cost households more, they fall into a “safety net” that’s being ripped out from under them by the same privateering forces. One key example is the federal “welfare reform” that is entering its 20th year in 2016. Often billed as a pathway to “personal responsibility,” the welfare state has become a private bureaucracy: private contractors that process eligibility forms, and often run benefits programs.

In Florida, for example, the push for privatizing the administration of social programs in the early 2000s led to outsourcing of core bureaucratic functions. For federal food-stamp provision, the state instituted a data system for screening applicants under this supposedly more efficient “market-based” management solution. The contract led to massive data errors that produced cost overruns of $200 million.

Similarly, a program for the private administration of electronic food-stamp cards in New York City, part of a nationwide private management plan, sought to recoup the cost of poor people’s spending too much money on food, by charging a 50 cent fee every time their food subsidy card showed “insufficient funds.” The contractor, incidentally, was J.P. Morgan. The city had commissioned a company that helped bankrupt the nation to nickel-and-dime welfare recipients for being too hungry and too poor.

The predatory use of legal fines and fees on the poor—which the Movement for Black Lives has focused on in recent months as a driver of mass criminalization in many communities of color—encapsulates another industry marketizing the desperation of disenfranchised neighborhoods. The imprisoned are perversely treated as consumers of punishment: ensnared in local jails, courts, and probation companies, individuals caught up in the criminal-justice system are charged user fees as a form of coerced rent, which funds the services that police them.

Prison contractors charge the families of the incarcerated exorbitant fees for basic communications technology, like phones. Even cafeterias are vulnerable to mismanagement catastrophes. In Michigan, mega-contractor Aramark took over the staff, halved their pay, and, over a seven-month period of chaos, racked up 485 safety and security violations, including drug dealing and sexual misconduct on the job.

Despite the purported aim of making government operations cost efficient, ITPI warns, when civil-service workforces are handed over to “contractors,” union contracts can get shredded along with the wage standards and benefits; critical staff are thinned out; and training programs and regulatory oversight unravel. In turn, services become even less efficient—a prospect that both students and workers have mobilized against at the University of Tennessee, where state politicians are considering privatizing campus-building services.

While both the Democrats and Republicans have boosted partnerships with private-sector contractors for state investments like schools and infrastructure, Trump’s plan focuses on fostering private developers, opening even more terrain for undermining of working conditions as jobs are transferred into private hands.

As CBS reports, Trump’s $500 billion spending plan for construction work, which he touts as a massive job creator—would be “more ‘heavily weighted’ to benefit developers—including funds for projects ranging from new coal-fired power plants to the Keystone XL Pipeline, paired with relaxed permitting and other regulatory allowances.” (Trump’s record of labor violations for his real-estate projects doesn’t bode well for construction workers, either.)

On public schools, both candidates have considered charter schools as a state-driven education reform. This darling of venture capitalists is already expanding with only cursory oversight in many states. The Department of Education and the National Education Association have recently issued performance evaluations that have revealed chronic mismanagement of charters nationwide, along with school shutdowns over regulatory and safety violations.

Trump and other conservatives who laud “school choice” for parents mask the fact that privatization curtails poor people’s choices, especially the kids who are at the mercy of segregated, corporatized school systems.

According to Jeremy Mohler of ITPI, “Privatization is inseparable from the right’s decades-long political project of austerity…. Many public budgets have gotten tighter, which has provided cover for privatization’s ideological basis. But when you look at the big picture, privatization as a whole is increasing inequality in very dangerous ways because people often rely on public goods and services in the most vulnerable moments in life.”

That so many working people believe a business tycoon could be the statesman to make America great again attests to how deeply this privatization ideology has been ingrained: the notion that we are better served as “consumers” of government services (not as citizens with social needs and economic rights). History shows the art of the public-private deal tends to leave the citizenry badly cheated. The biggest steal of all is the public trust.