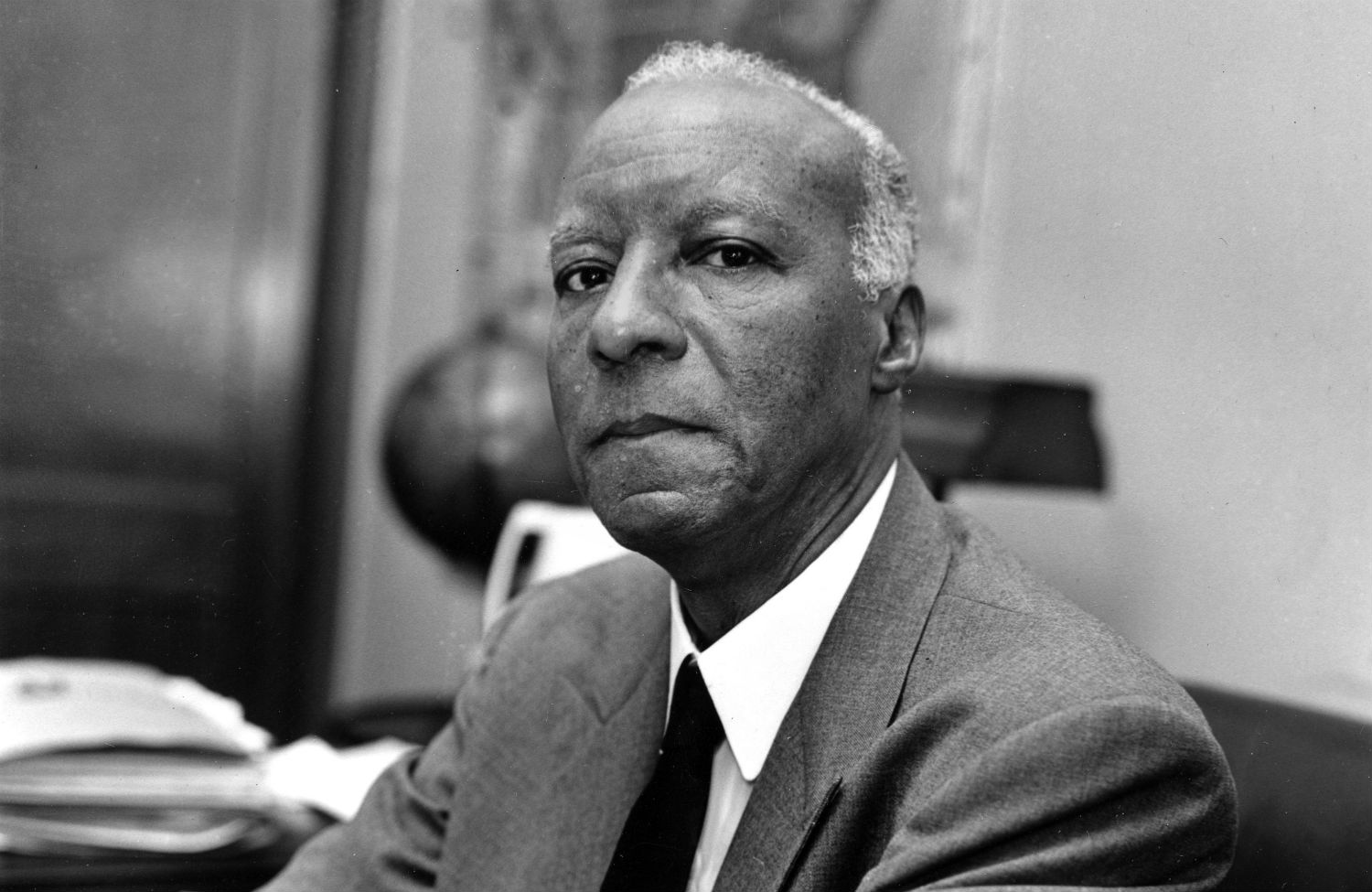 A. Philip Randolph, national president of the Negro American Labor Council and director of the March on Washington (AP Photo)

On the morning after the March on Washington for Jobs and Freedom, its initiator and director declared no victory.

Indeed, A. Philip Randolph announced, “We will need to continue demonstrations.”

Randolph, who was born 125 years ago today, took the long view.

“Legislation is enacted under pressure,” argued the labor leader and civil rights pioneer who had first called for a March on Washington in 1941, when he was advocating for the integration of defense industries. “You can’t move senators and congressmen just because a measure is right. There must be pressure.”

Randolph, who from his initial days in the 1920s as the essential organizer of the Brotherhood of Sleeping Car Porters made the union both a labor and civil rights organization, played the pivotal role in making the 1963 march a reality. He insisted on its extended message: that of a campaign for “jobs and freedom” that recognized the vital significance of linking economic and social justice.

Randolph believed in making concrete economic demands, and in following them up with pressure for specific and meaningful action by presidents and senators, governors and mayors. As a Socialist Party stalwart, who backed the presidential candidacies of Eugene Victor Debs and Norman Thomas over those of the major party contenders, Randolph had no allegiance to Democrats or Republicans. He put his faith in organizing, demonstrating and marching. He was a partisan on behalf of economic justice and democracy.

Late in the day of August 28, 1963, after the Rev. Martin Luther King Jr. had finished his “I Have a Dream” speech, Randolph and King joined civil rights and labor leaders for a visit with John F. Kennedy at the White House. The invitation was important, as it represented a presidential embrace of a march that Kennedy and his cautious aides had initially dismissed and discouraged. But Randolph did not imagine that the official welcome meant that the whole of the march’s agenda had been embraced. He and his allies kept the pressure up for the Civil Rights Act of 1964 and the Voting Rights Act of 1965. And Kennedy’s successor, Lyndon Johnson, signed those measures.

Along with other key figures from the March on Washington, labor allies and top economists, he returned to the White House in the fall of 1965 and began outlining a “Freedom Budget For All Americans” that had as its goals

the abolition of poverty

housing and healthcare for all

the establishment of progressive tax and fiscal policies that respected the needs of working families.

The Freedom Budget was a visionary document—so visionary that, even now, its language and its ambitions read like excerpts from a speech by Vermont Senator Bernie Sanders, a call to organize fast-food workers or the agenda of Seattle City Councilmember Kshama Sawant and the “Fight for 15” drive to establish living-wage protections.

It proved, however, to be too ambitious for the 1960s.

Lyndon Johnson gave Randolph a Medal of Freedom but not a full embrace of the Freedom Budget. While the War on Poverty was surely influenced by Randolph’s advocacy—along with the writing of the labor leader’s friend and ally Michael Harrington—it never saw the commitments that the aging labor leader or the young writer sought.

Nothing saddened Randolph more, as he believed that the Freedom Budget was essential to making real the full “jobs and freedom” promise of the March on Washington, a promise expressed by Dr. King in his stirring plea “to transform the jangling discords of our nation into a beautiful symphony of brotherhood.”

“The unity of these forces,” argued Randolph, “would bring about the power to really achieve social change.

The March on Washington was an epic event in American history. It occurred on a single day, but it was part of an arc of history that began long before August 28, 1963, and that extends to the present. A. Philip Randolph, who lived until 1979, was able to reflect on a good measure of that history. But he was not inclined toward self-congratulation. Rather, in his last interviews and speeches, he recalled the Freedom Budget and he spoke of the work yet to be done.

Among all the reasons for recalling Randolph’s remarkable contributions, it is perhaps most important to remember that Randolph was not satisfied. The March on Washington bent the arc of history toward progress, but Randolph never stopped applying pressure—to Democratic and Republican presidents, to members of Congress of both major parties and every ideology. He was an independent radical who always believed, as he said on that morning in 1963, “We will need to continue demonstrations.”