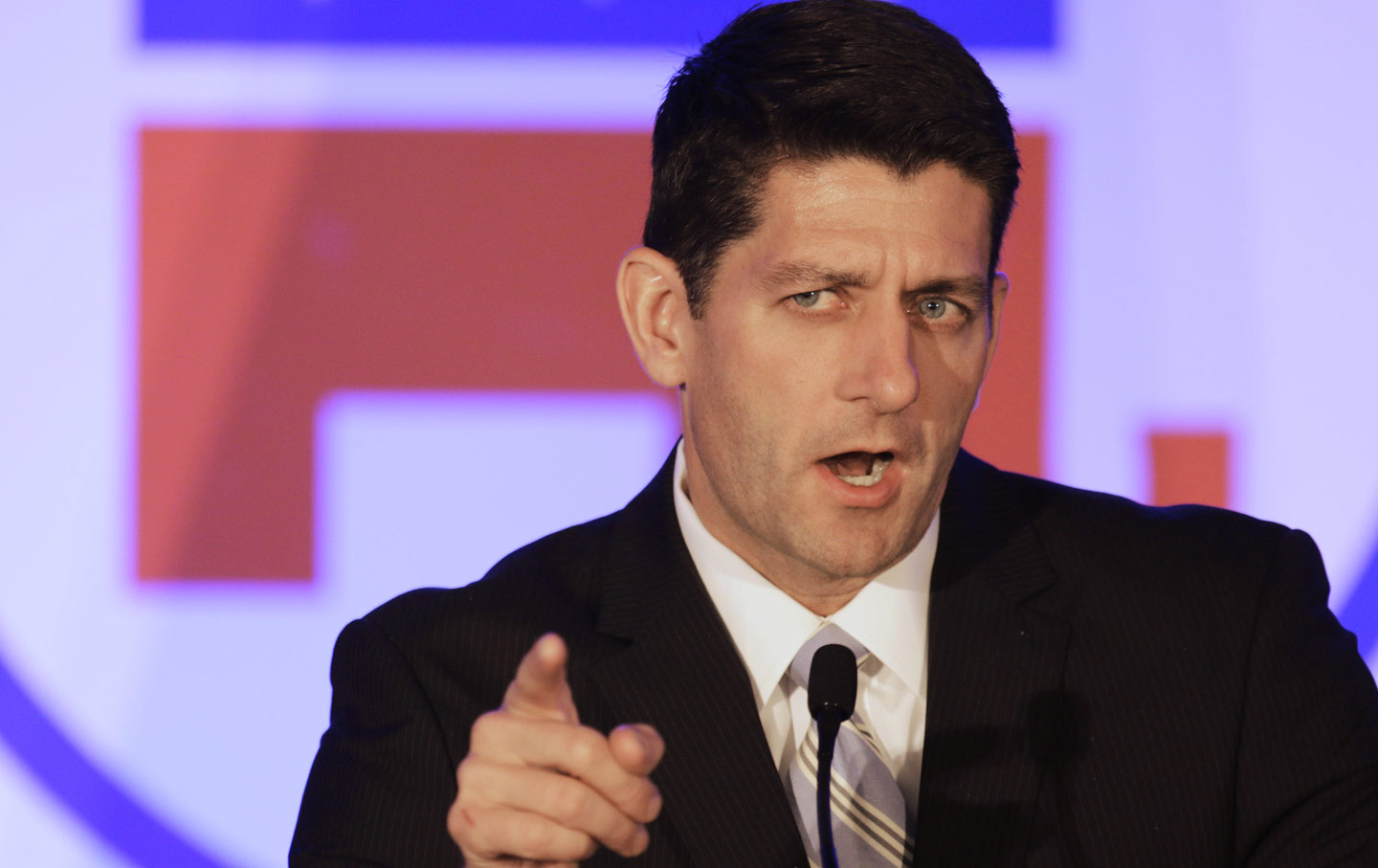 On Thursday, Paul Ryan gave his first major policy speech as speaker of the House of Representatives. He spoke for nearly half an hour about “the millions of people stuck in neutral…45 million people living in poverty.”

While Ryan pushed many of his favorite myths about the safety net, he also inadvertently made one of the strongest cases to date for raising the minimum wage and investing in policies to help people balance work and caregiving.

Indeed, in his grand finale, Ryan called on Congress to:

“Push wages up. Push the cost of living down. Get people off the sidelines. I could think of no better way to restore confidence in the American economy.”

Bravo, Speaker Ryan. We couldn’t agree more. Now, if only we knew how to do these things…

How can we “push wages up”?

As Speaker Ryan so eloquently points out, our minimum wage is a poverty wage and not nearly enough for working parents to support their families, leaving many with no choice but to turn to public assistance to make ends meet.

“So say you’re a single mom with one kid. You’re making minimum wage. You’re on food stamps, Medicaid, housing assistance, and other assistance.”

So, by raising the minimum wage to $12 by 2020 as the Murray-Scott bill would do, not only would 35 million Americans get a raise, but we would also save nearly $53 billion over the next 10 years in the Supplemental Nutrition Assistance Program alone.

Unfortunately, Ryan has voted against raising the minimum wage at least 10 times since he’s been in office.

So, how can we “push the cost of living down”?

Paul Ryan is correct when he says that the cost of living is rising. But families with young kids often face the tightest squeeze of all. Childcare expenses have skyrocketed; the average annual cost for center-based childcare is now more than tuition and fees for a public four-year college in 31 states and DC. And low-income families spend an average of nearly 14 percent of their annual income on diapers alone.

And, finally, how can we “get people off the sidelines”?

While there’s obviously a lot that policymakers can and should do on this one—including investing in job creation and removing barriers to employment for people with criminal records and people with disabilities, a major piece of the puzzle is ensuring access to paid family and medical leave.

Speaker Ryan has led by example on this important issue—well, for himself anyway. But, in opposing legislation that would help families access up to 12 weeks of paid family leave, he’s left other working parents high and dry.

The United States stands alone among developed nations in failing to guarantee access to any form of paid family leave. But research has shown that when women are able to take paid leave, they are more likely to be working; to have higher wages 9-12 months after their child is born; and to avoid turning to public assistance.

Interestingly, a major theme of Speaker Ryan’s speech was about how conservatives need to push new ideas to cut poverty and boost opportunity. “Our number-one goal for the next year,” he said, “is to put together a complete alternative to the left’s agenda.”

Unfortunately, somebody forgot to tell him that his speech didn’t actually contain any new ideas on tackling poverty and boosting opportunity—only the same old stuff conservatives have been pushing for years, such as block grants and cuts to effective programs.

Instead, at his poverty summit on January 9, Speaker Ryan should endorse raising the minimum wage and adopting work-family policies. To borrow his hashtag of choice, that would make us a #ConfidentAmerica.

It’s 2021. Why Are Only Men Required to Register for the Draft?