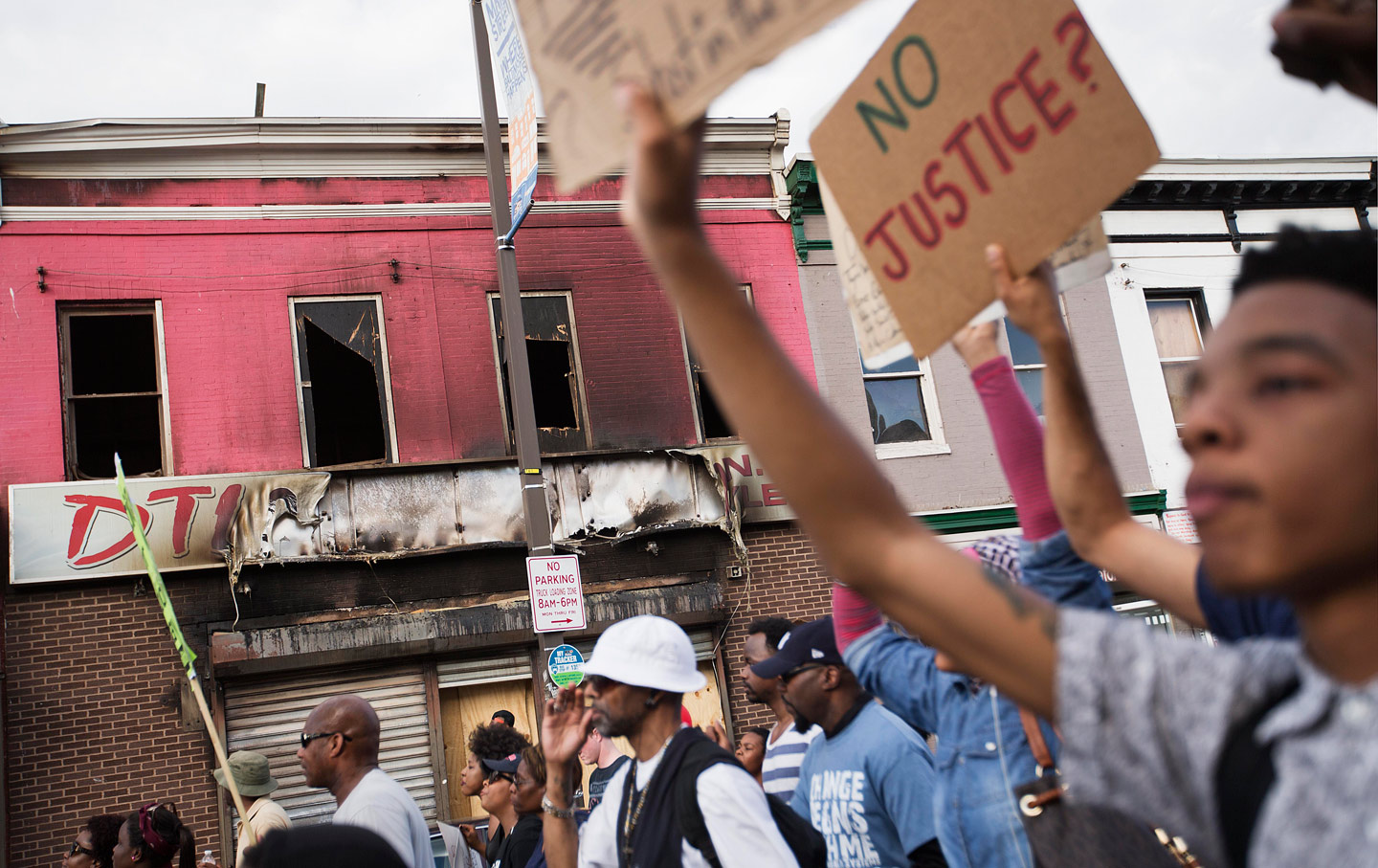 Last week, the Department of Justice (DOJ) announced that it would investigate police practices in Baltimore in the wake of demonstrations sparked by the death of Freddie Gray. The next day the tragic story of Ronald Hammond appeared in The Baltimore Sun. Hammond grew up in foster care, suffered from depression, and became addicted to drugs. He was on probation for selling $40 worth of cocaine when he was caught with $5 worth of marijuana. For this minor infraction, Judge Lynn Stewart-Mays revoked his probation and sentenced him to twenty years in prison. Presumably, the judge believes this punishment is consistent with justice. The prosecution continues to defend the draconian sentence. Other than the public defender who is fighting for Hammond’s freedom, everyone else in the system seems to view Hammond as just another expendable life in Baltimore.

That the DOJ is now investigating the Baltimore shooting is a testament to the fact that the nation has suddenly awakened to the disregard that some police departments have for the lives of our most marginalized citizens. In Freddie Gray’s case, a cell phone video helped to publicize the abuse, and then widespread demonstrations forced public officials to pay attention.

But as egregious as the police conduct is in these killings of unarmed black men, it is routine injustice—the utter disregard for the humanity of those arrested and processed every day, often for minor offenses—that wreaks far more havoc on the poorest people in our nation. For every person killed by a police officer, tens of thousands are arrested and processed into prison cells. Ronald Hammonds flood our overflowing penal system, with 2.2 million people now sitting in America’s jails and prisons. They come out incapable of securing housing, employment, or educational loans. Many are not allowed to participate in the democratic process. They are literally rendered second-class citizens.

This routine injustice has destroyed countless lives, families, and communities. But we are so used to it that there is no sense of public outrage. And yet every day, judges, prosecutors, and elected officials help perpetuate this system, and there are no cellphone videos to record it or demonstrators out there demanding change.

However, there is, in theory, a built-in protection against routine injustice—the right to counsel. Lawyers are the guarantee that people will have their voices heard. But Hammond did not have a lawyer when he admitted to possessing marijuana. Fifty-two years after the Supreme Court made clear in Gideon v. Wainwright that the lawyer is the engine necessary to ensure justice, our nation’s public defenders are overwhelmed, under-resourced, and unable to ensure every person brought so carelessly through the system is treated justly.

But despite these challenges, our public defenders fight mightily—even as most others in the judicial system wish they would just go away and stop interfering with the “efficient” processing of people who are arrested.

The protests in response to the killing of Freddie Gray were led by members of neglected communities throughout Baltimore who denounced the inhumane treatment they receive at the hands of city officials. But the official response only reinforced the demonstrators’ position that their lives are devalued by those in power. While a relatively small group of protesters engaged in destructive behavior, police declared war on all demonstrators. In the first week nearly 500 protesters were arrested, many illegally—swept up for simply being in the vicinity of protests.

Officials in Baltimore showed no regard for the rights of those they rounded up and jailed. Rather than questioning the decision to deal with protesters by locking them up, Governor Hogan facilitated this response. He immediately suspended a Maryland rule that requires anyone detained by police to be brought before a judicial officer within 24 hours to ensure that no one is illegally deprived of their liberty. The governor’s position was clear: if the rules designed to protect individual liberty make it difficult to process arrestees, they can be disregarded.

Nearly half of this wave of arrests occurred on a single day. Because of the rioting—which Dr. Martin Luther King once described as “the language of the unheard”—the governor closed the courts the next day. Judges and prosecutors took the day off. As a result, many protesters were held for two days without any charges’ being filed, only to be released with no apology for the infringement upon their rights. Never mind the toll these illegal detentions may have taken on the detainees’ employment status, family obligations, or other commitments.

But if no one else felt a sense of urgency about this situation, the city’s public defenders did. They immediately mobilized to challenge illegal detentions and to visit terrified citizens who otherwise would have had no idea why they were being held or what to expect next. They worked throughout the day to interview the detainees and to ensure that their rights were protected. What these public defenders found was jarring.

One public defender described the conditions under which the protesters were confined—many of them “held for days even though they hadn’t been charged with any crime.” There were 15 women in one cell that was designed to hold a few people for a few hours. Each cell had one sink and one toilet. Water was scarce—the women were instructed that the water from the sink was not safe for drinking. There were no beds, pillows, or blankets. There was not enough room for all of the women to lie down at the same time. The women were given four pieces of bread, a slice of American cheese, and a small bag of cookies three times a day. The women didn’t want to eat the bread, so instead they used the slices as pillows “so that they wouldn’t have to lay their heads on the filthy concrete floors.”

By the time the rest of the criminal justice system returned to work on Wednesday, the public defenders had succeeded in demonstrating the illegality of many of these detentions and as a result nearly half of the arrestees were released without charges ever being filed.

But against the backdrop of the demonstrations, this story of how arrested citizens were treated received little attention. This routine indifference is the story of criminal justice in America. While the six officers charged in the killing of Freddie Gray are back home, many of the Baltimore protesters continue to be held on bonds they are unable to afford.

While cellphone video has helped to tell the story of deadly police abuse, the story of routine injustice is being told by public defenders. They took to social media, television, and blog posts to document the egregious treatment of those arrested. They served as the voice for people who would otherwise be voiceless. Baltimore shows how, collectively, public defenders who speak on behalf of marginalized people and communities remind us of their humanity and how we all should be treated.

While public defenders have largely been ignored in the conversation about how to reform our broken criminal-justice system, as events in Baltimore demonstrate, they are an essential part of the solution. And while it is encouraging to see outrage over what happened to Freddie Gray, justice demands that we muster equal outrage over the Ronald Hammonds of the world, and that we support our public defenders who are trying to make things right.