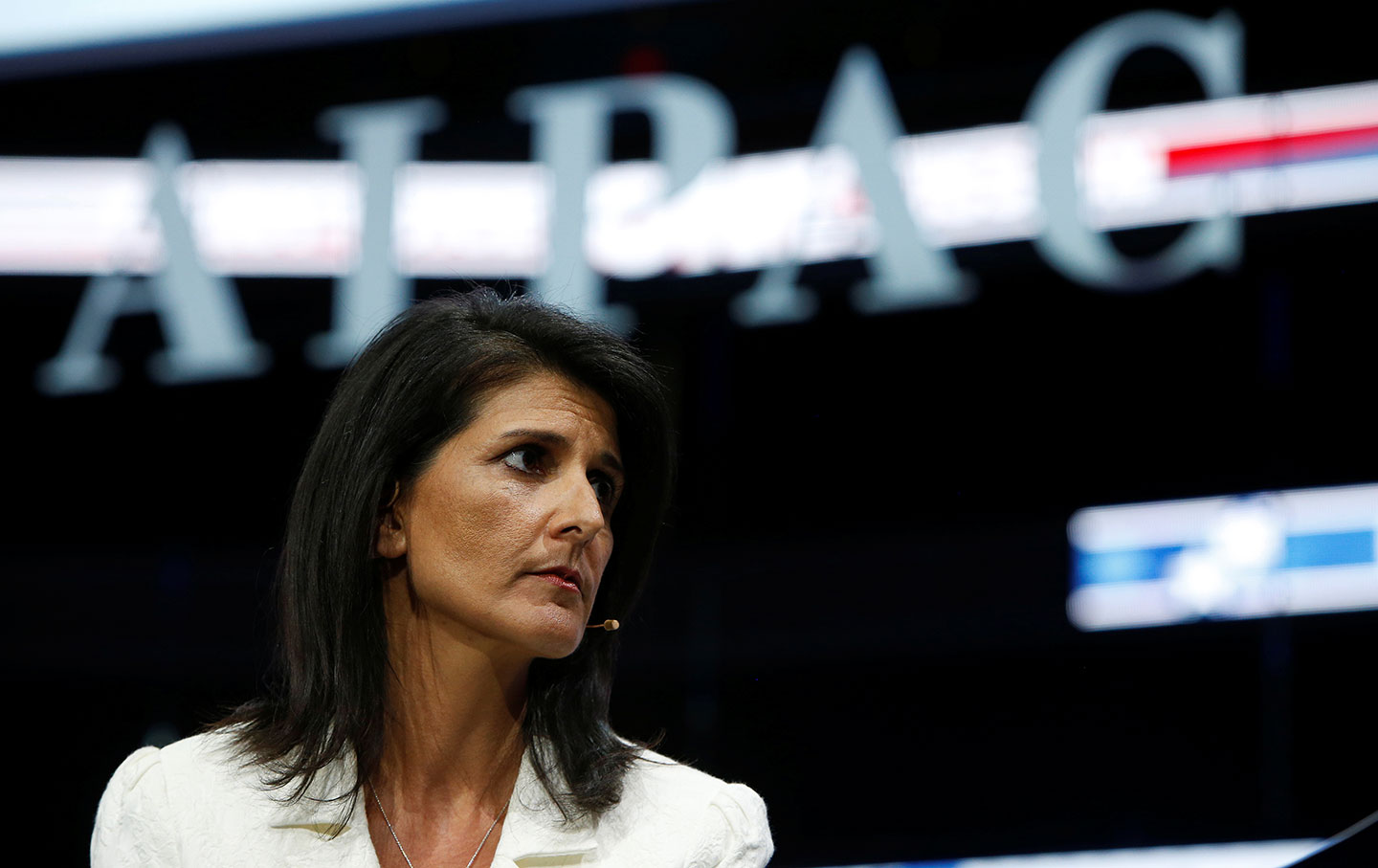 We were deeply disappointed by your response to our report, Israeli Practices Toward the Palestinian People and the Question of Apartheid, and particularly your dismissal of it as “anti-Israeli propaganda” within hours of its release. The UN Economic and Social Commission for West Asia (ESCWA) invited us to undertake a fully researched scholarly study. Its principal purpose was to ascertain whether Israeli policies and practices imposed on the Palestinian people fall within the scope of the international-law definition of apartheid. We did our best to conduct the study with the care and rigor that is morally incumbent in such an important undertaking, and of course we welcome constructive criticism of the report’s method or analysis (which we also sought from several eminent scholars before its release). So far we have not received any information identifying the flaws you have found in the report or how it may have failed to comply with scholarly standards of rigor.2

Instead, you have felt free to castigate the UN for commissioning the report and us for authoring it. You have launched defamatory attacks on all involved, designed to discredit and malign the messengers rather than clarify your criticisms of the message. Ad hominem attacks are usually the tactics of those so seized with political fervor as to abhor rational discussion. We suppose that you would not normally wish to give this impression of yourself and your staff, or to represent US diplomacy in such a light to the world. Yet your statements about our study, as reported in the media, certainly give this impression.3

We were especially troubled by the pressure your office exerted on the UN secretary-general, António Guterres.

We were especially troubled by the extraordinary pressure your office exerted on the UN secretary general, António Guterres, apparently inducing him first to order the report’s removal from the ESCWA website and then to accept the resignation of ESCWA’s distinguished and highly respected executive secretary, Rima Khalaf, which she submitted on principle rather than repudiate a report that she believed fulfilled scholarly standards, upheld the principles of the United Nations Charter and international law, and produced findings and recommendations vital for UN proceedings.4

Instead of using this global forum to call for the critical debate about the report, you used the weight of your office to quash it. These strident denunciations convey a strong appearance of upholding an uncritical posture by the US government toward Israel, automatically and unconditionally sheltering Israel’s government from any criticism at the UN, whether deserved or not, from the perspective of international law. Such a posture diminishes the US’s reputation as a nation that upholds the values of truth, freedom, law, and justice, and that serves the world community as a regional and global leader. It also shifts the conversation away from crucial substantive concerns.5

You fail to consider that Israeli leaders have themselves warned of the apartheid features of their policies.

It may have been that the word “apartheid” alone was enough to trigger your response, a reaction undoubtedly abetted by Israel’s instantaneous denunciation of our report. In following Israel’s public lead, however, you fail to consider that Israeli leaders have themselves grasped and warned of the apartheid features of their policies for decades. The widely admired Yitzhak Rabin, twice Israel’s prime minister, once confided to a TV journalist, “I don’t think it’s possible to contain over a long term, if we don’t want to get to apartheid, a million and a half [more] Arabs inside a Jewish state.” Prime ministers Ehud Olmert and Ehud Barak both warned publicly that Israel was at risk of becoming an apartheid state and cautioned their constituencies about what would happen to Israel if the Palestinians realized this and launched an anti-apartheid struggle. Former Israeli attorney general Michael Ben-Yair has stated flatly, “we established an apartheid regime in the occupied territories.” These prominent Israelis were clear-headed observers of their own country’s policies as well as patriots, and it was their cautions, as much as any other source, that inspired ESCWA member states to consider that the possibility of an apartheid regime existing in this setting must be taken seriously and so commissioned the report now under attack.6

It is therefore wholly inappropriate and wrong for you to charge that, simply by accepting this commission, we as authors were motivated by anti-Semitism. The reverse is true. To clarify this claim, we call your attention to two features of the report that we hope will lead you to reconsider your response.7

It is wrong for you to charge that, simply by accepting this commission, we were motivated by anti-Semitism.

Firstly, the report carefully confines its working definition of apartheid to those provided in the 1973 Convention on the Suppression and Punishment of the International Crime of Apartheid and the 2002 Rome Statute of the International Criminal Court. It does not rely on definitions developed in polemics about the conflict or taken casually from online sources. As the 1973 Convention and the Rome Statute are part of the same body of law that protects Jews, as well as all people in the world, from discrimination, this authoritative definition should not be set aside. Any responsible critique must therefore engage with these legal definitions, and the larger body of international human-rights jurisprudence in which they are situated, so as to address the report for what it actually says rather than concocting a straw man that can be easily dismissed. We hope you will reconsider the report in this light.8

Secondly, the member states of ESCWA requested that a study be commissioned to examine whether Israel’s apartheid policies encompassed the Palestinian people as a whole. This meant that, as authors, we were asked to consider Palestinians living in four geographic regions within four legal categories or “domains”: those living in the occupied territories, those resident in Jerusalem, those living as citizens within Israel, and those living in refugee camps or involuntary exile. For each domain, we found that Israeli policies and practices are, by law, internally discriminatory. But more importantly, we found that all four operate as one comprehensive system that is designed to dominate and oppress Palestinians in order to preserve Israel as a Jewish state. It is this whole system of domination, too long misinterpreted by treating Palestinians as situated in unrelated categories, that generates the regime of domination that conforms to the definition of apartheid in international law. Moreover, it is this system that has undermined, and will continue to undermine, the two-state solution to which the United States has committed its diplomatic prestige over the course of several prior presidencies. Appraising the viability of this diplomatic posture in light of findings in this report would, we propose, be crucial for the credibility of US foreign policy and should not be blocked by political considerations.9

Finally, we find it deeply troubling that your objections to our report have extended to criticism of the UN itself, partly on grounds that the UN devotes excessive attention to the question of Palestine. For one thing, this reasoning rests on a “false fact”: The UN, and ESCWA, engages with a vast range of issues, with Israel constituting only a small fraction of the whole. For another, denying that the UN has a special role here ignores the unique responsibility of the UN in relation to this conflict. Immediately after World War II, a war-weary Britain, then the Mandatory authority in Palestine as a result of arrangements following World War I, turned over the future of Palestine to the UN for resolution. The UN was therefore, from the outset of its existence, given a responsibility for finding a solution to the conflict in Palestine. This was unlike any comparable responsibility the UN possesses anywhere else in the world. Seven decades of human suffering and insecurity have resulted from the UN’s failure to discharge this obligation—not because it has paid too much attention to Israel but because it was not able to bring its influence sufficiently to bear so as to produce a sustainable and just peace. For observers able to view the conflict with impartiality, it has become clear that what has happened in Palestine can only be resolved when the rights and security of both Israelis and Palestinians are taken into account. The UN continues to have a vital role in that mission, and it is crucial that its member states, including the United States, endorse this role and do its best to enhance its effectiveness.10

We hoped our report would give rise to discussion of all these issues. Especially, we hope that its findings will inspire a review of this question by authoritative legal bodies such as the International Court of Justice. We did not seek a shouting match. We therefore now respectfully ask, against this background, that our report be read in the spirit in which it was written, aiming for the safety, security, and peace of everyone who lives in territory currently under Israel’s control. As the report’s authors, this was our moral framework all along, and we still retain the hope that the serious questions at stake will not be buried beneath an avalanche of diversionary abuse of our motives and character. Charges of crimes against humanity should not be swept to one side out of deference to political bonds that tie the United States and Israel closely together, or for reasons of political expediency. Such machinations can only weaken international law and endanger us all.11