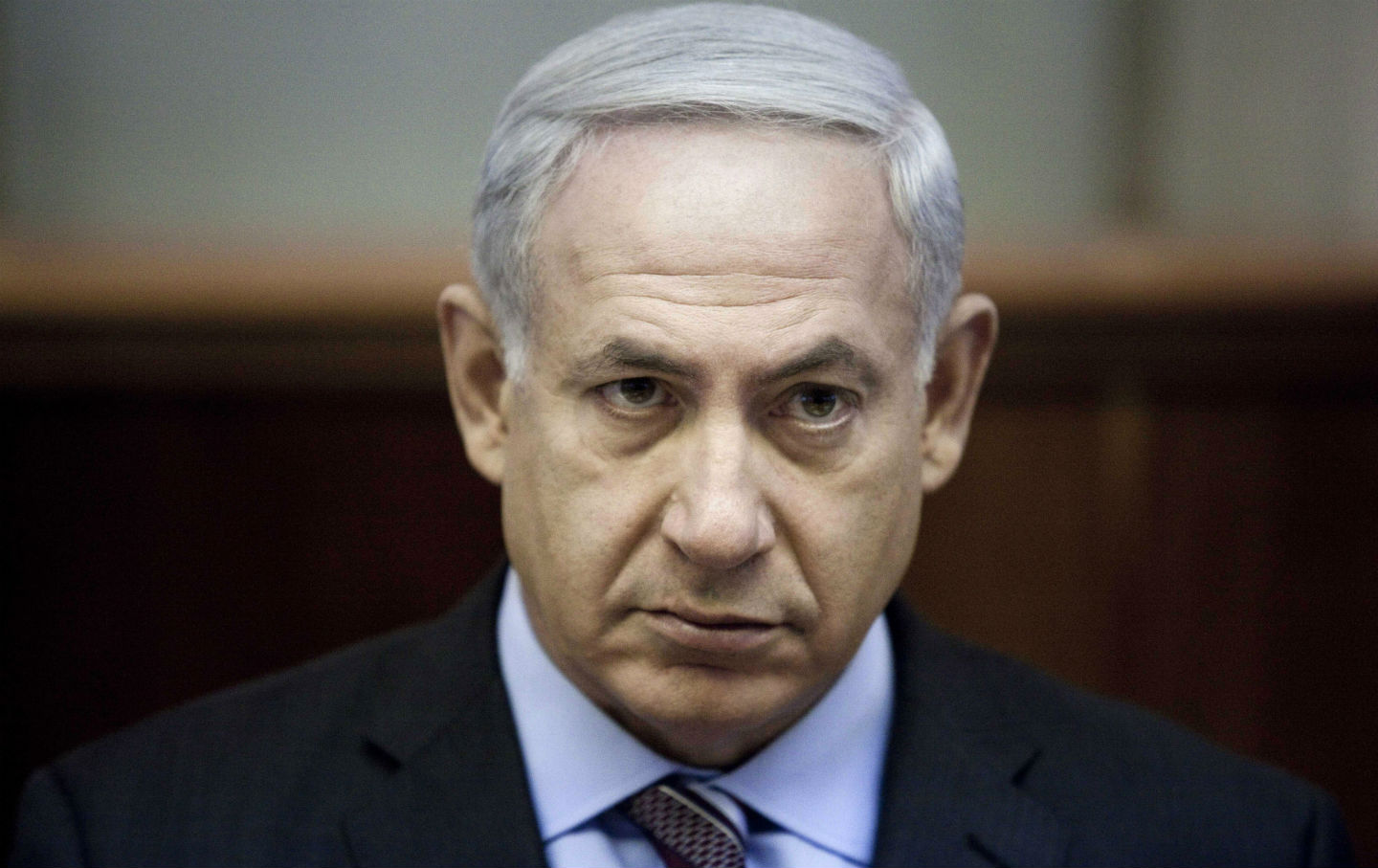 Negotiators for Iran and world powers announced Tuesday that they would keep talking in Vienna until July 9, extending the self-imposed June 30 deadline in order to attempt to reach a historic nuclear accord. The talks have taken on a level of extraordinary seriousness; reports out of Vienna indicate back-and-forth over the few remaining sticking points, not minor ones either, but a deal is widely expected to emerge soon. However, one party with a clear stake in the talks, but no seat at the table, has decided to mark the end of the nuclear negotiations with a salvo of decided unseriousness. I’m talking, of course, about the Israelis.

What was Benjamin Netanyahu, Israel’s prime minister, thinking when he had his office release a video on the occasion of the original deadline that portrayed the Islamic State in Iraq and Syria, or ISIS, morphing into Iran? And then portraying the “Islamic State of Iran”—instead of Iran’s actual name, the Islamic Republic—getting nuclear weapons? The 30-second cartoon makes a mockery of the Iran nuclear negotiations, which are intended to prevent Iran from being able use its nuclear program to get those weapons. Instead of raising substantive concerns with the emerging accord, Netanyahu’s opted for ham-handed war propaganda, making light of the talks. Any reasonable viewer won’t be laughing with Netanyahu, they’ll be laughing at him.

Take a look for yourself:

Here’s a hint about what Netanyahu was up to: The video is in English. It’s not aimed at his domestic, Hebrew-speaking audience but at the United States. And here’s another hint, among the remarks Netanyahu gave yesterday at a meeting with the Italian foreign minister:

We need a better deal. This deal should not pass.

To which one must ask: Pass what, exactly? Deals don’t pass, they are made between parties. The nuclear deal at hand will be forged between Iran and the five permanent members of the UN Security Council, which includes the United States, plus Germany, collectively known as the P5+1. But, under a US law passed earlier this year, Congress will have a shot at voting a deal up or down. As Congress is a redoubt of support for Netanyahu, despite (or perhaps because of) his recent racist election tactics, the prime minister is hoping to leverage it into a No vote. That’s unlikely—the law requires that Congress get a veto-proof majority, so President Obama must only hold down one-third plus one of either chamber to sustain the deal—but if Netanyahu has a fighting chance, it’s hard to see how this video will help him.

In its substance, too, the cartoon seems aimed at Americans. Advocates of Israel have every right to be offended at the ridiculous #JSIL—the Jewish State of Israel in the Levant—campaign on Twitter, but you can’t be offended if your own side is constantly making the same ridiculous comparison. That’s exactly what Netanyahu is doing. The tactic is transparently propagandistic: Most Americans think ISIS is a major threat to the United States—a bigger threat than Iran—so why not try to point out that Iran and ISIS are the same?

The reasons not to do so are many. As odious as the Iranian government is—it’s a repressive regime with an abysmal human rights record that supports terrorist groups—they’re simply not ISIS, whose reign of brutality and terror in the areas of Iraq and Syria it controls rightly elicits gasps of disbelief (see: propaganda videos burning prisoners alive or shooting rocket-propelled grenades at them). The geopolitical context, too, makes the feeble comparison obvious: Iran was the first country to provide manpower and resources to the fight against ISIS as it swept through Iraq over the past two years. That’s because ISIS and Iran are mortal enemies. ISIS has been taking Iran’s co-confessionalists in Iraq—Shias, whom the Sunni extremists view as apostates—and summarily executing them by the hundreds.

Netanyahu’s straw-grasping propaganda—that Iran and ISIS are one and the same, a note he’s been hitting for a while now, though not in such crude fashion—leads inevitably to the conclusion that the United States should make war on Iran. You don’t, after all, put pressure on ISIS to try to bring the group to the negotiating table and hammer out “a better deal,” you drop bombs on ISIS. And that’s just what happened: The United States was compelled by ISIS’s capturing of territory and terrorizing of its inhabitants enough to launch a war in Iraq and Syria. Why would that not also hold if the Islamic Republic of Iran were just like ISIS?

The answer is: Things that Netanyahu says are just like ISIS are not, in fact, just like ISIS. Just ask Netanyahu. Last fall, he spent a good deal of his UN General Assembly address comparing the Palestinian militant faction Hamas with ISIS. Because simplicity is necessary to such facile propaganda, Netanyahu just came out and said it: “Hamas is ISIS, and ISIS is Hamas.” That was last September. Where are we today, some nine months later? Israel is negotiating with Hamas over a long-term cease-fire. So either Netanyahu is dealing with ISIS or, as the DC Middle East security expert Ilan Goldenberg put it, Netanyahu has “no credibility.” (As it happens, The New York Times had a story just yesterday about how ISIS-linked groups are targeting—you guessed it—Hamas. ISIS does not equal Hamas, Hamas and ISIS are at war, just like ISIS and Iran.)

While Netanyahu is busy engaged in what has become his usual shenanigans, however, there are some cooler heads in Israel. Israel’s military chief recognizes that a nuclear deal with Iran will make his country safer with an accord that effectively curbs Iran’s nuclear program. A senior Israeli military officer said in a June radio report, “this is a threat in decline.” Instead, Netanyahu opts for overblown warnings of an Iranian bomb, resulting from precisely the deal that will help foreclose that possibility. It’s a lose-lose for America: Imagine if there were no talks, no looming deal, would Netanyahu not also then be saying that Iran was about to get the bomb? Unlike his security chiefs, the man is a pure ideologue, undeterred from the ends he seeks—war—by the changing landscape of reality.

You might think the Netanyahu government would know better than to release such a stupid cartoon. Less than two weeks ago, the Israeli Foreign Ministry pulled a similar cartoon that portrayed foreign media during last year’s Gaza war as dupes of Hamas. The video prompted a harsh backlash, but Netanyahu seems undeterred. The video, like many of his pronouncements on Iran, exposes the right-wing Israeli leader for what he is: a joke. Here’s hoping everyone recognizes this and treats Netanyahu and his stateside boosters in Congress accordingly.