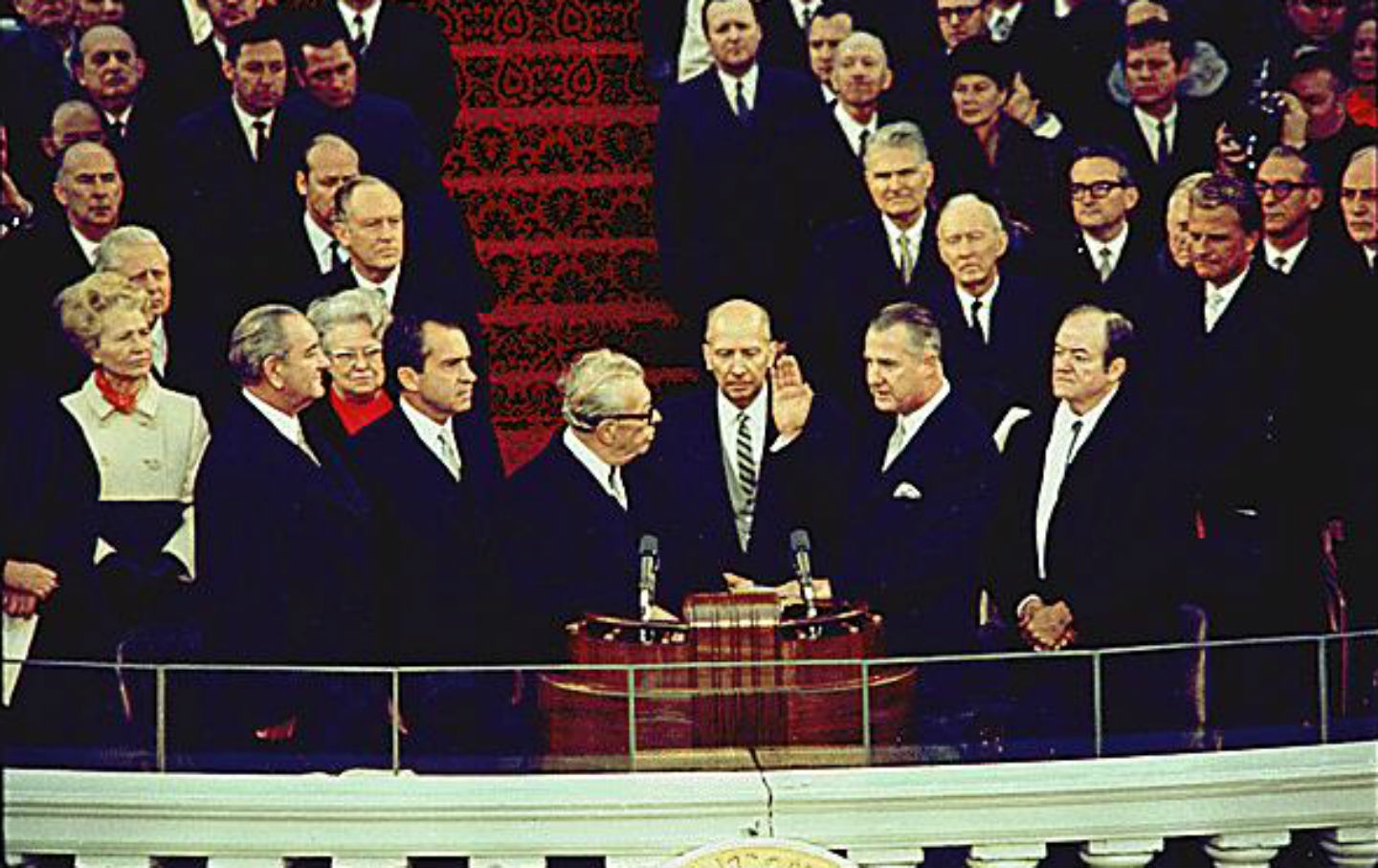 Spiro Agnew, on the day he took the office of vice president, in 1969. (Wikimedia Commons)

Vice President Spiro Agnew resigned on this day in 1973 after being indicted for accepting thousands of dollars in bribes while serving as Baltimore county executive, governor of Maryland and vice president. He had long been the enemy of liberals and the left, whom he variously derided—in terms crafted by future New York Times columnist William Safire—as “pusillanimous pussyfooters” and “hopeless, hysterical hypochondriacs of history.” The Nation, in an editorial titled “The Big Trophy,” offered no sympathy for President Richard Nixon, who claimed he had been personally pained by the resignation of his lieutenant.

If it were not an integral part of the worst political scandal in our history…. Agnew’s stepping down would be almost pure black humor. But it is not surprising that he should have failed to pay income taxes…. What a cruel comedown, however, for a proud and arrogant apostle of law and order who once denounced student protesters as “garbage.” His is not a rags-to-riches story but a fable about a mediocrity who made it big, who became a political celebrity for reasons that had nothing much to do with character or capacity. He was tapped for the Vice-Presidency for reasons of purest political expediency; indeed Nixon can only blame himself for whatever embarrassment Agnew has caused him.…

The President, responsible for Agnew’s rise and fall, was all shook up by Agnew’s resignation. The Vice President’s departure has left him with a sense of “deep personal loss.” So farewell to you, Spiro; you will be remembered as the flashiest dresser to serve as Vice President since Lyndon Johnson.