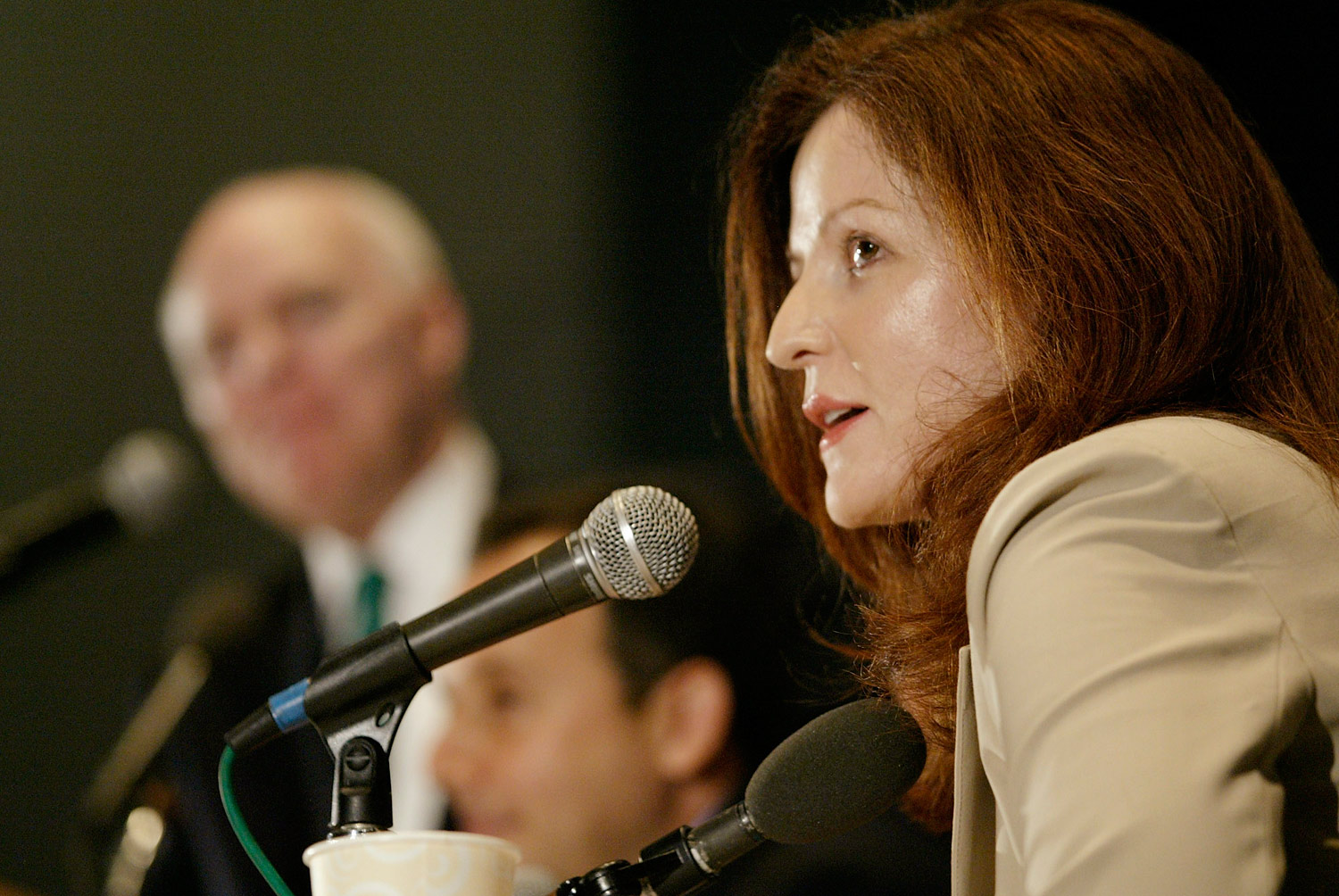 It’s hard to say that Maureen Dowd’s column is an embarrassment to political punditry given the state of the profession, but it is rapidly becoming one to the still-great newspaper that carries it, The New York Times.

To take just one example, on April 30 Dowd penned a juvenile and intellectually incoherent column, obnoxiously headlined Is Barry Whiffing? In it, she eschewed any form of evidence or common sense to give voice to the now-platitudinous Beltway belief that Obama should just fix everything already. This view has come to be known as the “Green Lantern theory” of presidential power, after the comic book superhero; according to this theory, the reason Obama has not been more successful is that he has failed to bring Congress to heel the way superior leaders like Lyndon Johnson and Ronald Reagan did during their presidencies, through sheer force of will. But it might be more appropriately dubbed the “Glinda theory,” after the Good Witch of the North who advises Dorothy to close her eyes, tap her heels three times and think to herself, “There’s no place like home.”

There is certainly no place like the one these pundits imagine Obama to be living in—one in which the likes of Vladimir Putin, Bashar al-Assad, Mitch McConnell, Ted Cruz and Eric Cantor can be forced to behave responsibly by presidential fiat. But Dowd, like so much of the punditocracy, writes as if she lives in just such an Oz-like dream world. Here she is, for instance, discussing Republican recalcitrance, which, naturally, she blames on Obama (as if those flying monkeys were Dorothy’s fault): “It is his job to get them to behave. The job of the former community organizer and self-styled uniter is to somehow get this dunderheaded Congress, which is mind-bendingly awful, to do the stuff he wants them to do. It’s called leadership.”

Actually, it’s called fantasy, but this view has become so common in the mainstream media that the White House Correspondents’ Association should probably have given out an award for it last week at its nauseating “nerd prom.” (Call it “The Broder.”) That this fantasy has been thoroughly and repeatedly debunked—most recently by Norm Ornstein in The National Journal, who noted that “LBJ and Reagan had willing partners from the opposite party; Obama has had none”—has made no impression on the pundit corps, whose prejudices Dowd distills in her columns.

In that same column, Dowd, addressing the president, writes, “It doesn’t feel like leadership. It doesn’t feel like you’re in command of your world,” and instructs Obama on the dos and don’ts of proper presidential etiquette, based apparently on her memorization of a pile of old Aaron Sorkin scripts:

“[T]he American president should not perpetually use the word ‘eventually.’ And he should not set a tone of resignation with references to this being a relay race and say he’s willing to take ‘a quarter of a loaf or half a loaf,’ and muse that things may not come ‘to full fruition on your timetable’…. An American president should never say…about presidents through history: ‘We’re part of a long-running story. We just try to get our paragraph right’…. Especially now that we have this scary World War III vibe with the Russians.”

To help her overcome her scary vibes, Dowd turns to the ultimate pundit cliché, the baseball metaphor. Telling the president to “stop whiffing,” she writes: “An American president should never say… ‘You hit singles; you hit doubles. Every once in a while, we may be able to hit a home run’…. What happened to crushing it and swinging for the fences? Where have you gone, Babe Ruth?” (If Dowd’s editors did not apparently hate her guts, one of them might have let her know that the Bambino “whiffed” fully 1,330 times during his career, or nearly twice for every home run he hit.)

Moving along the sports spectrum, Dowd instructs Obama to “take a lesson from Adam Silver, a nerdy technocrat who, in his first big encounter with a crazed tyrant, managed to make the job of N.B.A. commissioner seem much more powerful than that of president of the United States.” (Note the use of the journalistic weasel word “seem” here, used almost always when no evidence is present to back up a journalistic complaint.) Does Dowd believe that a president somehow has the power to fine Bashar al-Assad and/or Vladimir Putin $2.5 million and ban them from their respective positions for life?

By way of fair-minded expert sources, Dowd consults that disinterested observer, Mike Murphy, while failing to note that his résumé includes stints as a campaign strategist and media consultant for both John McCain and Mitt Romney. Murphy helpfully explains that being president is “not like the campaign because you have ‘bigger problems than a will.i.am song can fix.’” Next comes the surest sign one can find that Dowd was facing a deadline without knowing how to fill her 800-word quota: a shout-out to her buddy, New Republic literary editor Leon Wieseltier, who was making, by my count (according to the columns available on NYTimes.com), his thirty-third appearance as the equivalent of a Team Maureen relief pitcher.

What does the great man (whom David Brooks also saw fit to quote in his own column a few days later) advise? Apparently, the “oppressed and threatened swaths of the world are jittery and despairing ‘because the United States seems no longer reliable in emergencies….’” (Note again the weasel word “seems.”) Nowhere, alas, does Dowd appear to have inquired how Wieseltier sourced his scoop regarding the feelings of the world’s “oppressed and threatened swaths,” nor what these otherwise voiceless billions would like Obama to do to end the violence in, say, Syria, Iraq, Ukraine or the US House of Representatives.