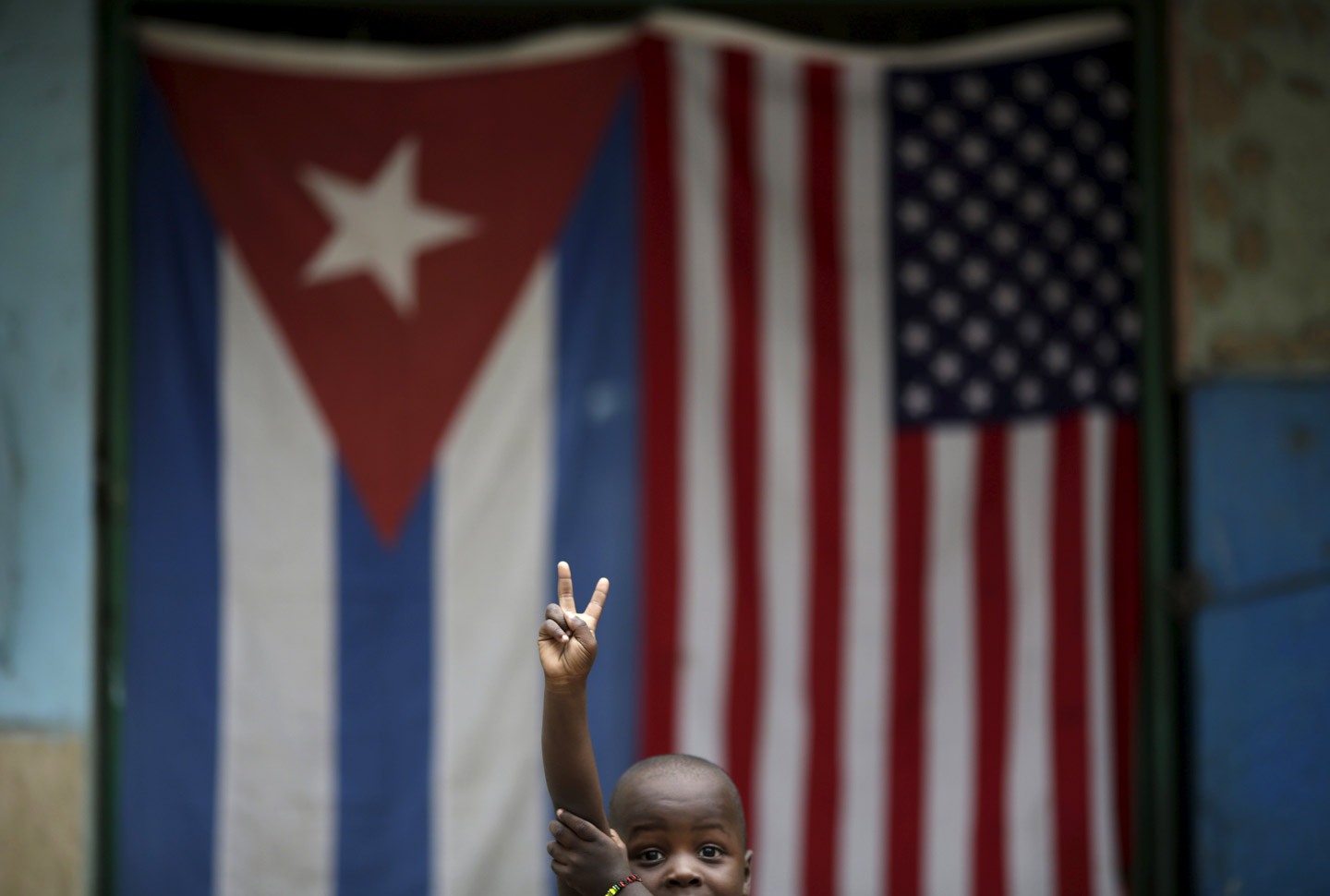 With just under 100 days remaining in office, President Obama has launched a final offensive to assure that his administration’s effort to normalize relations with Cuba will outlast his presidency and be recorded as one of the most dramatic breakthroughs in the annals of US foreign policy. With great fanfare, on October 14 Obama issued a comprehensive directive as well as new regulations to further normalize relations and nullify key aspects of the 55-year-old economic embargo that, to date, the Republican-controlled Congress has refused to lift. Most importantly, the new presidential directive mandates positive engagement, as opposed to perpetual hostility, as the modus operandi of future US policy toward Cuba.1

“This new directive consolidates and builds upon the changes we’ve already made, promotes transparency by being clear about our policy and intentions, and encourages further engagement between our countries and our people,” said Obama as he summed up his purpose in a White House press release. His directive, the president noted, takes a “whole-of-government approach to promote engagement with the Cuban government and people, and make our opening to Cuba irreversible.”2

Since Obama and Raúl Castro announced a breakthrough in relations on December 17, 2014, the reversibility of Washington’s rapprochement with Havana has been the central question. Could political, commercial, and cultural bridges between the United States and Cuba be constructed—and firmly reinforced—so that the process of normalization could withstand current and future enemies of reconciliation?3

Reconciliation efforts over the past two years have been very successful.

Donald Trump is one such enemy. In September, he turned Obama’s Cuba policy into a campaign issue by threatening to roll back the advance in relations. “The next president can reverse them,” Trump declared to a largely Cuban-American audience in Miami, “and that is what I will do unless the Castro regime meets our demands.” Via Twitter last week, Trump reiterated that he would “reverse Obama’s executive orders and concessions toward Cuba until freedoms are restored.”4

Described by US officials as “the manual” for US government agencies to institutionalize a policy of engagement, the new Presidential Policy Directive will make it harder for the next president to reverse course. Titled “United States-Cuba Normalization,” the 12-page directive—referred to officially as “PPD-43”—describes “priority objectives for normalization” and “directs actions required to implement this PPD” for all government agencies to follow in the future.  5

The directive includes a report card on the considerable success of reconciliation efforts in less than two years: 6

We have re-established diplomatic relations and have made progress toward the normalization of our bilateral relationship. We opened our respective embassies, six U.S. cabinet secretaries visited Havana, four Cuban ministers visited the United States, and I became the first sitting U.S. President to visit Cuba since 1928. We established a Bilateral Commission to prioritize areas of engagement, and we concluded non-binding arrangements on environmental protection, marine sanctuaries, public health and biomedical research, agriculture, counternarcotics, trade and travel security, civil aviation, direct transportation of mail, and hydrography. We launched dialogues or discussions on law enforcement cooperation, regulatory issues, economic issues, claims, and internet and telecommunications policy.7

At the same time, Obama’s PPD is a repudiation of past efforts to roll back the Cuban Revolution. “We will not pursue regime change in Cuba,” it states categorically. “We will continue to make clear that the United States cannot impose a different model on Cuba because the future of Cuba is up to the Cuban people.”8

“We will not pursue regime change in Cuba,” Obama declared.

Beyond Cigars and Rum

The directive, along with new Treasury Department regulations that went into effect yesterday, have generated headlines for removing the $100 limit on the amount of cigars and bottles of rum US travelers can bring back from Cuba; “Obama lifts restrictions on Cuban rum, cigars,” read the USA Today coverage. But the new initiative opens the door to far broader economic, humanitarian, and cultural interactions. Moreover, it redefines some of the more contentious US programs, loosens sanctions, and circumvents the embargo on two-way trade with Cuba. Among its highlights: 9

For the first time, the United States will begin importing, marketing, and selling Cuban medicines and pharmaceuticals, once they are approved by the FDA.10

Cubans with access to the Internet and electronic payment options can now purchase a wide variety of US consumer goods—from auto parts to air conditioners—online.11

To facilitate commercial shipping between the two countries, the Treasury Department has removed the onerous requirement that foreign ships carrying goods to Cuba have to wait 180 days to dock in US ports. 13

US contractors and specialists can now provide goods and services in Cuba to assist in the development and support of public housing, transportation, water management, waste management, non-nuclear electricity generation, hospitals, and primary and secondary schools in Cuba.14

Cubans students and scholars who want to study or conduct research in the United States will benefit from expanding grants, scholarships, and awards.15

The $400 ceiling on purchases by US travelers in Cuba has been removed. Travelers are now free to buy whatever they want during trips in the future—including rum and cigars!16

In defining future US policy, Obama’s directive also redefines, but doesn’t end, the congressionally mandated USAID “democracy programs” that, as quasi-covert regime-change operations, have created ongoing tensions with, and indignation in, Havana. “We will pursue democracy programming that is transparent and consistent with programming in other similarly situated societies around the world,” states the PPD. Transparency has become the new code word for Cuba policy. Unlike most presidential directives, which are highly classified, PPD-43 is unclassified. “We used to have secret plans for Cuba. Now, our policy is out in the open — and online — for everyone to read,” National Security Adviser Susan Rice emphasized as she rolled out the new initiative at the Woodrow Wilson Center in Washington last week. 17

The Cuban View and the Embargo

After decades of multi-form US intervention, el mismo perro is what some Cuban officials continue to see. “We are not stupid,” Cuba’s ambassador to Mexico, Dagoberto Rodriguez, declared in harsh terms during an interview with the leading Mexican magazine, Proceso. “We realize that the policy of the United States continues to have the same objective” of subverting the revolution. From the foreign ministry in Havana, Cuba’s chief negotiator with the United States, Josefina Vidal, issued a somewhat more diplomatic response. Obama’s directive was a “positive step” toward normalization, she said, but “does not hide the purpose of promoting changes in the political, economic and social order, nor hide the intentions to further develop interventionist programs.” Overt or covert, the Cuban government objects to the democracy-promotion programs, and Cuban officials believe Obama can do more to gut the embargo than he has.19

As the new trade regulations went into effect this week, Vidal led a demonstration of several thousand students at the University of Havana to protest the continuation of the embargo and focus attention on the upcoming annual United Nations vote to condemn it. A number of students wore T-shirts with a new Twitter hash tag: #YoVotoVsBloqueo—I vote against the Blockade. While Obama’s directive calls on Congress to lift the trade sanctions and declares that “we will continue to work toward that goal,” the Cuban government is making the most of its yearly opportunity to rally the world community against the embargo and denounce US policy. For 24 years in a row, the UN has overwhelmingly voted to condemn the embargo and US violations of Cuba’s sovereignty. Last year’s vote was 191 to 2, with only Israel voting alongside the United States.20

Conceivably, this year’s tally could be 193 to 0—if Washington and Havana could agree on more temperate language for the resolution that reflects the ongoing process of normalization and Obama’s executive efforts to poke holes in the embargo. With the UN vote scheduled for October 26, the White House faces an opportunity to make a dramatic and unprecedented move against the Republicans in Congress. The United States could either abstain, or vote to support, a UN resolution against a set of sanctions over which President Obama officially presides, but politically opposes. “World opinion matters,” Obama noted during a recent interview with The New Yorker magazine about his Cuba policy. “It is a force multiplier.”21

Regardless of how the United States votes at the UN, Obama’s rapprochement with Cuba will become a case study in the history of US foreign policy. With the legacy of Obama’s presidency in mind, the White House positioned the new initiative as part of a broader model of diplomacy and negotiation in a dangerous world. To underscore that point, the rollout of the new PPD came on the 54th anniversary of the CIA’s discovery of intermediate-range Soviet missiles in Cuba—the beginning of the dramatic superpower crisis over a Caribbean island that nearly led to nuclear Armageddon. In the conclusion of his statement on his new Cuba initiative, Obama articulated the larger lesson he hopes to leave behind: “The progress of the last two years, bolstered by today’s actions,” he said, “should remind the world of what’s possible when we look to the future together.”