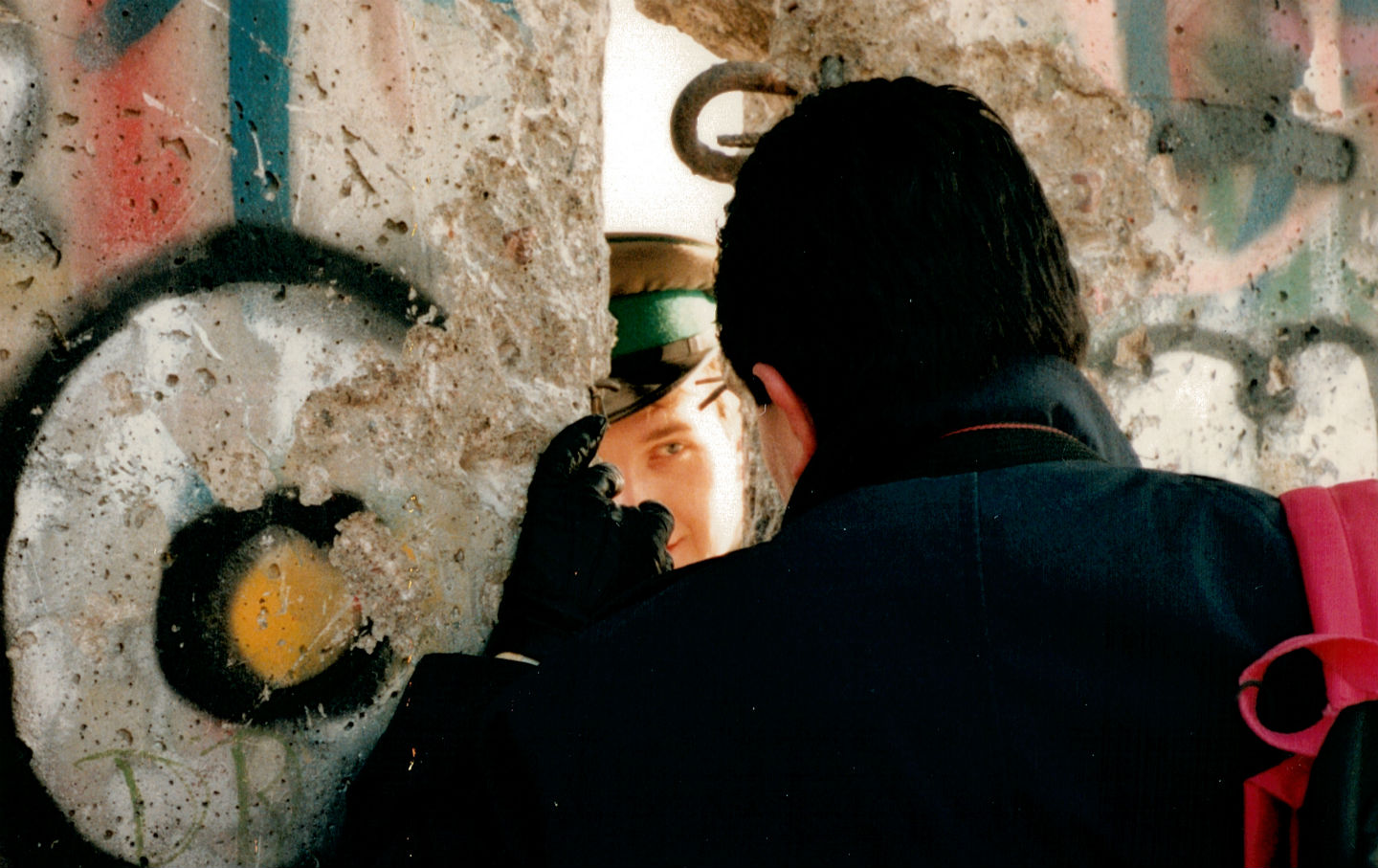 An Eastern guard talks to a Westerner through a broken hole in the Berlin Wall in November 1989. (Wikimedia Commons / Sharon Emerson)

The deconstruction, if you will, of the Berlin Wall on this day in 1989 perversely led to the erection of a similarly oppressive barrier, now to critical thinking rather than to the free movement of persons and goods, which has long been begging for deconstruction in turn: the trope, I mean—and it is no more than a trope—that the end of the Berlin Wall, a creature barely more than a quarter-century old, caused or vaguely heralded the end of socialism, a tradition of political thought and action stretching back roughly two centuries with antecedents at least a millennium or two older than that. This Nation editorial from late 1989, especially its concluding paragraph, is a bracing reminder of who exactly benefits from the proliferation of the idea that history ended twenty-six years ago today.

The opening of the Berlin wall symbolically marks the end of an era, that of revolution from above and from abroad. It foreshadows the disappearance of the great divide separating two halves of Europe and two conflicting social systems. This prospect, however, depends on the dissolution of Eastern and Western blocs and thus of NATO and the Warsaw Pact. Only when that occurs can German reunification be put on Europe’s agenda. There will be time enough to draw up the balance sheet and ponder the consequences; now we should rejoice at the crumbling of the wall under popular pressure.…

Those who dig the grave for socialism have one valid point: that is identification with Stalinism and then with imported revolution has largely discredited the very idea. To be resurrected, socialism may have to be partly reinvented. But the ideological morticians are wrong in assuming that this death of an epoch heralds a capitalist eternity. The lesson of events in East Germany is that people inspired by an idea can bring down walls. Two centuries after the French Revolution there are plenty of Bastilles to be stormed.