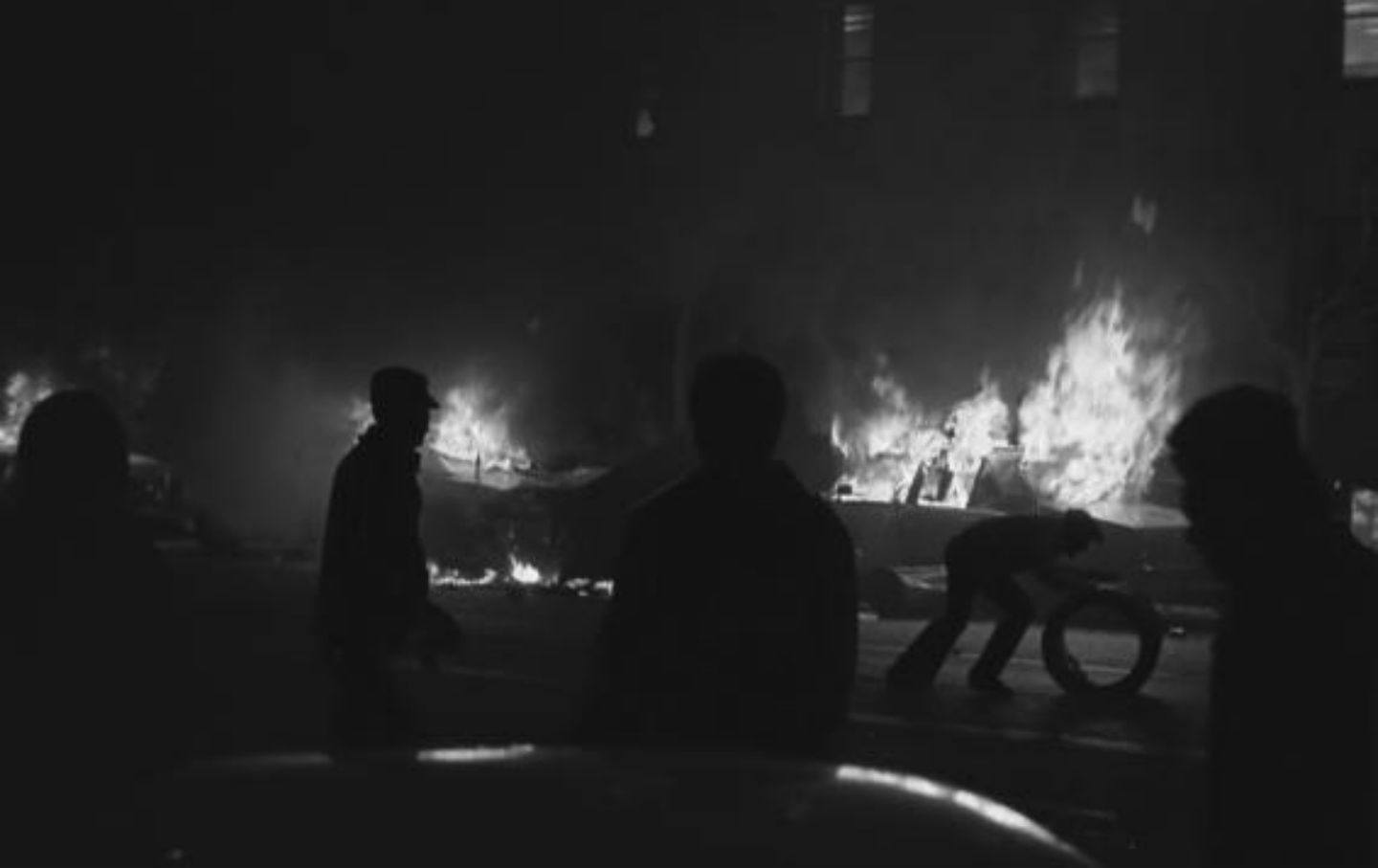 After Dan White received a voluntary manslaughter verdict for the assassination of Harvey Milk and George Moscone, San Francisco erupted in riots outside of its City Hall. The riots became known as the "White Night Riots." (Wikimedia Commons / Daniel Nicoletta)

Interestingly, The Nation did not cover the tragic shooting of Harvey Milk and George Moscone in San Francisco’s City Hall on this day in 1978. Only in 1984 did the magazine take notice of the events. That November, in a review of the documentary The Times of Harvey Milk, Nation contributor Andy Kopkind brought readers up to speed.

Harvey Milk, the San Francisco city supervisor who was assassinated along with Mayor George Moscone in 1978, lived and worked in that hot and dangerous zone where the personal and the public intersect. Consciously gay at 14, Milk spent his adolescence and young adulthood in the usual social and institutional closets: a Long Island Jewish middle-class family, college, the Navy, a Wall Street job. Then, like countless other homosexuals of his generation, he began a long escape from repression into the counter-culture of the 1960s. Long hair, protest politics, pot and a loose life style were easy exits. The route opened wider with immigration to the new gay ghettos on both coasts: Greenwich Village, West Hollywood, San Francisco’s Castro Street. The hair and the flight were implicitly political, but Harvey Milk went further and developed an explicitly homosexual politics. He made the personal issue of gay legitimacy the basis of his public campaign. He ran for office (and lost several times before winning the supervisory seat). He joined his strong base in the Castro with allies across the ethnic and ideological rainbow of San Francisco politics. And he pleaded—rather, in his warm and supportive way, he demanded—that gays come out and announce their sexual identity for the safety of the entire community.

Milk spoke to and for his homosexual supporters, but he believed he was working for a greater good: the liberation of the surrounding society. Repressive forces damage gay men and lesbians, but they also deform the hearts and derange the minds of the sexual majority, such as it is. Some monstrous majoritarian morality found a perfect victim in Dan White, a young San Francisco fireman who rode the same populist wave as Harvey Milk and was elected to the Board of Supervisors at the same time. The two played out grand and historic themes on a tiny stage. White proposed a series of softball games between teams representing the supervisory districts, so that “the old-fashioned values that built this country” could be tested on the foggy playing fields by the bay. Milk pushed for, and won, an antidiscrimination ordinance protecting sexual minorities. White’s was the only vote against it. Milk was a leader of the successful campaign to defeat the Briggs Amendment (Proposition 6), that masterpiece of the repressive genre which would have barred avowed gays and pro-gay heterosexuals from teaching in public schools.

At last the public clash of political positions between the rivals was resolved in one intensely personal moment. Dan White had resigned as a supervisor a few days earlier and was about to be rebuffed by Moscone and Milk in his characteristically erratic bid for reappointment. He crawled into City Hall through a basement window, shot and killed the Mayor, and did the same to Harvey Milk.