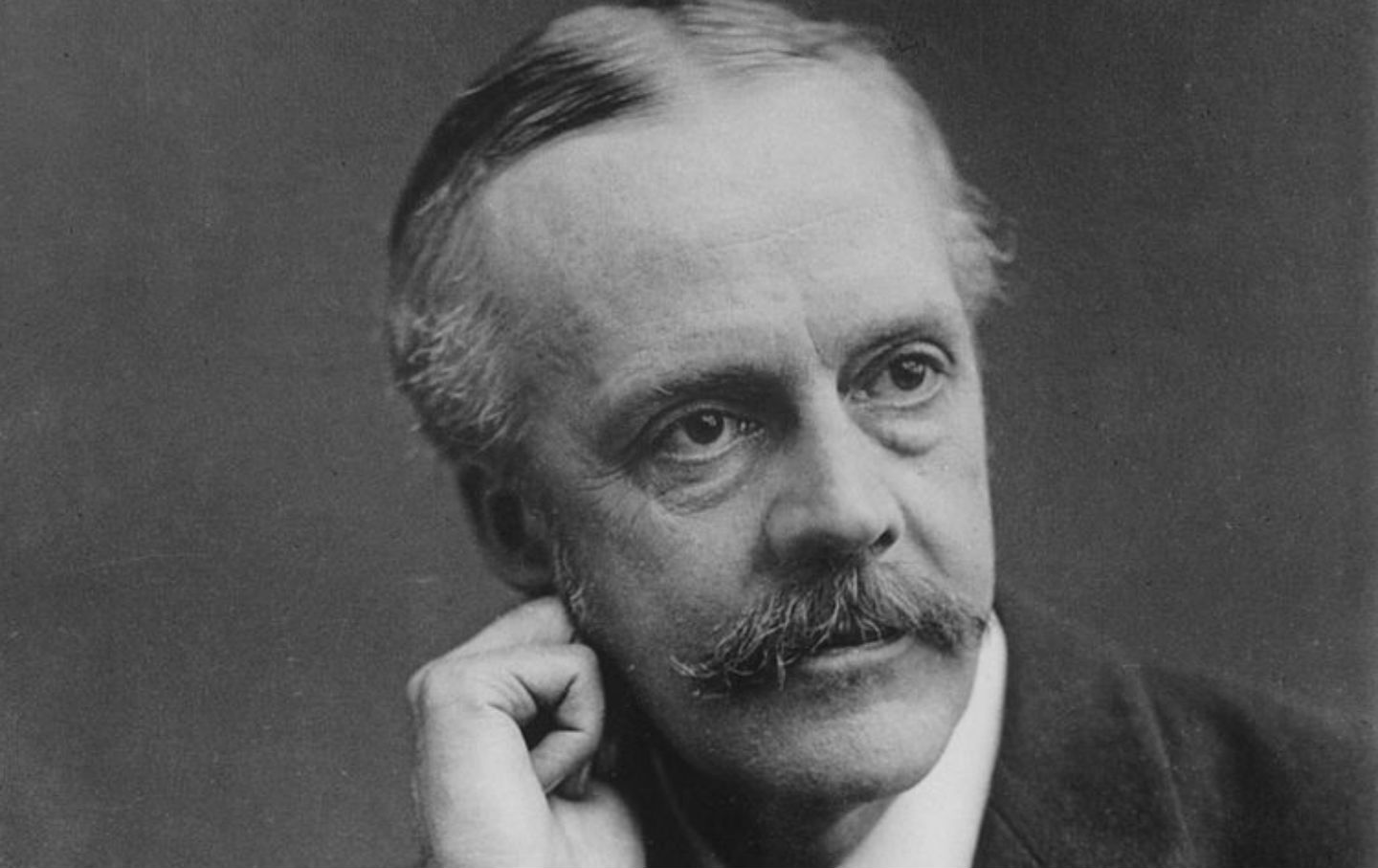 Just two weeks after the Balfour Declaration was published on this day in 1917, directly amid the carnage of World War I, The Nation published an article by the Jewish philosopher Horace Kallen, a leading figure of the Zionist Organization of America. While Kallen’s article begins with a full quote of Balfour’s letter, including the phrase, “it being clearly understood that nothing shall be done which may prejudice the civil and religious rights of existing non-Jewish communities in Palestine,” the writer doesn’t again refer to that clause or to the Arabs at all, making his rousing conclusion about “the humanization of mankind” somewhat difficult to read today.

Mr. Balfour’s declaration is but the most recent step in the fulfillment of the English desire to help right the greatest of historic wrongs…. It is a first step in the candid and disinterested application of “the principle of nationality” to the solution of international problems.

Of those, the “Jewish problem” is the oldest. Its solution through Zionism by the concentration of a free and self-governing and creative commonwealth of Jews in the Palestinian homeland rests upon the fact that the existence of such a commonwealth will abolish the ambiguity of the Jewish position elsewhere. A Jew will be able to say with reference to a definite political Jewish entity—“I belong there” or “I do not belong there.” If the Belgian, Serbian, Russian, or any nationality does not constitute a problem as do the Jews, it is because these peoples actually inhabit as majorities politically definite areas universally acknowledged to be their homelands. The definition by public law of the ancient home of the Jewish people as their actual centre of life will work the same effect for the Jews. This is the intention of Mr. Balfour’s statement. By virtue of it, the Jewish people appears, for the first time since the destruction of Jerusalem by Titus, as a recognized equal in the family of nationalities, acknowledged as such by the foremost democratic commonwealth in the world. By virtue of it an evil thing has gone out of Europe, never to come back. Its implications are not merely the conditions and purposes of the war. Its implications are science, industry, democracy, the whole growth of that torturous and bloody liberation of the masses of men from their oppressors in which consists the humanization of mankind.