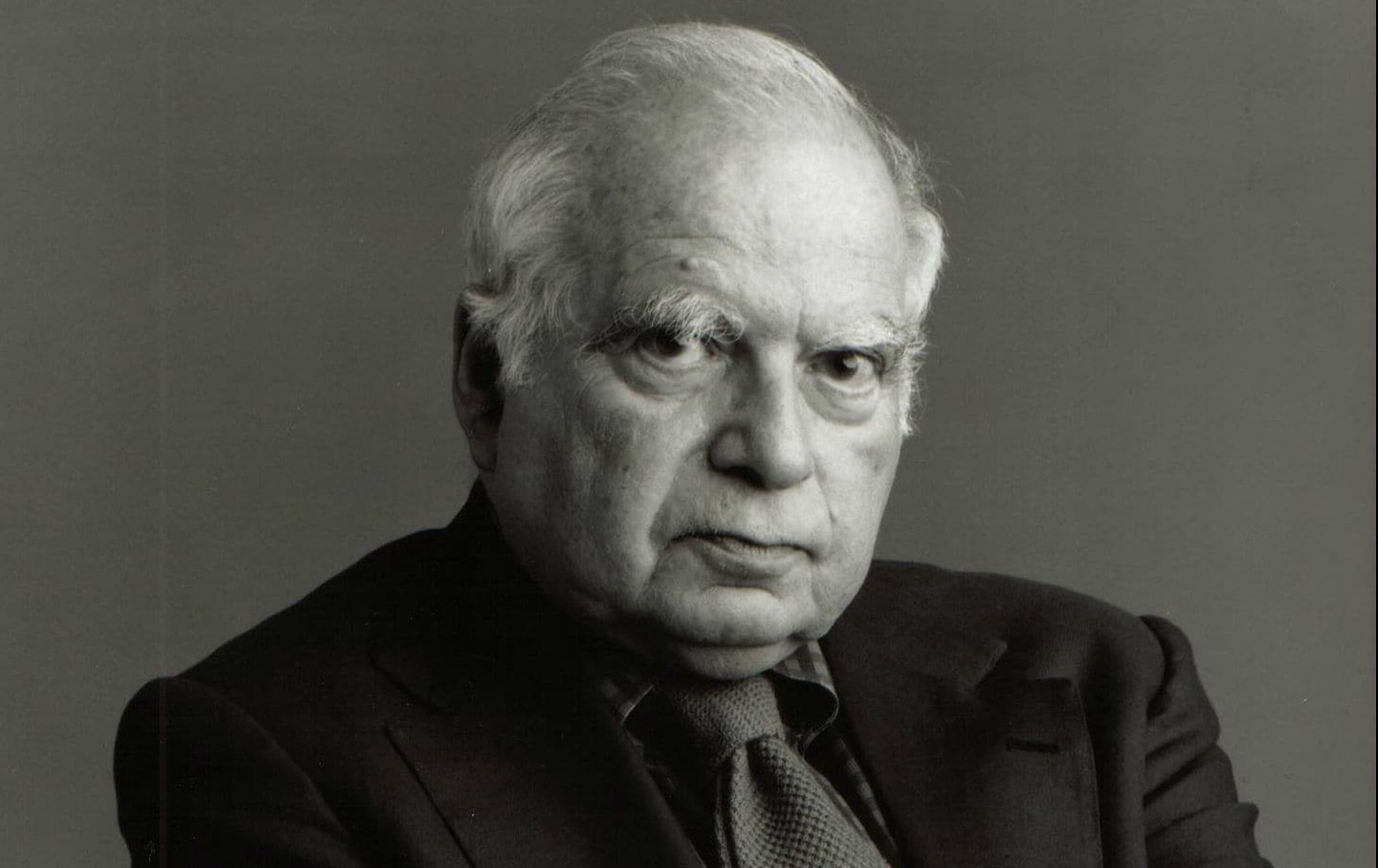 Norman Birnbaum, who died on January 4 at age 92, was a valuable friend of this magazine. Upon hearing the news of his passing, Nation editor and publisher Katrina vanden Heuvel said, “Last August, I sent Norman a birthday greeting, and we corresponded about his health, his memoirs, and the large absence in his life left by his dear friend—and former Nation editorial-board member—Marcus Raskin’s death. In his letter to me, Norman wrote: ‘It is impossible for me to imagine my life without The Nation.’” For those of us who have worked with Norman, it’s hard to imagine The Nation without him. He contributed articles, editorials, and reviews to our pages for an astounding six decades.

We envy the students who regularly imbibed his wisdom at the Georgetown University Law Center, where for many years Norman was a professor of political science. But we shared their good fortune when he held forth at our editorial-board meetings. Victor Navasky, who brought Norman to the board while serving as The Nation’s editor, recalled: “Whatever the term ‘Jewish intellectual’ means, Norman was it. And he was religiously faithful about attending board meetings. He brought the rigor of an academic to the practice of opinion journalism.” At those conclaves, Norman eloquently held forth on the current political mishegas. His manner could be professorial, but his presentations were always leavened with subtle irony and a martini-dry wit. As his students pro tem, we emerged from those conclaves better armed intellectually and ideologically.

Of course, Norman’s influence extended beyond The Nation. He contributed to many of the important journals in the postwar American intellectual firmament, including Partisan Review and Dissent. Before his long tenure at Georgetown, his career spanned two continents. The title of his recent memoir, published last year by New Academia, sums up this intellectual odyssey: From the Bronx to Oxford and Not Quite Back. As the journalist and former Clinton aide Sidney Blumenthal once said: “Norman’s friends, acquaintances, and enemies would fill an encyclopedia of the intellectual history of the 20th century—and now the 21st…. His story is an unlikely but emblematic American one. It’s a Bronx story, and a Berlin story—and Madrid and Paris, and Amherst and Georgetown.”

Norman’s journey took him from Townsend Harris High in New York to Williams College in Massachusetts, where his matriculation was interrupted by a stint at the Office of War Information during World War II, and then on to Harvard for graduate work, where he received a master’s degree in 1951 and a doctorate in 1958. At Cambridge, Norman worked alongside Henry Kissinger as a teaching assistant. Kissinger he disliked, but Harvard’s reputation he duly respected: “The best, we believed, was being thought and said, at that very moment, at Harvard…. What I now find remarkable is the intellectual docility with which we conducted ourselves.” Intellectual docility was a quality that Norman jettisoned as he went on to become an independent radical thinker, scholar, and teacher.

From the Birnbaum Archives

Gratitude and Forbearance: On Christopher Lasch

Is Israel Good for the Jews?

How Germany’s Surveillance Scandals Echo Our Own

After Harvard, he traveled to Germany for additional study, even though, as he later confessed, “all the books and journals I needed were in Harvard’s library, which was much larger than any in Germany itself. That wasn’t the point.” The point for him, as an American Jew, was to study firsthand the causes of Nazism’s disastrous hold on the German people. His networking talents garnered him important friends among the German Social Democratic movement, and those years were fruitful in other ways. As Philip Pochoda writes, “No other US scholar knew the European literature, European politics, and socialist history as well as he did.”

From Germany, Norman proceeded to a teaching post at the London School of Economics; in England, he made contact with leading figures on the British left, including E.P. Thompson, Eric Hobsbawm, and Ralph Miliband. After earning tenure at the LSE, he moved on to Oxford, where, against institutional inertia, he urged the development of a sociology curriculum. Norman also served on the founding editorial board of New Left Review. However, his European days were numbered; as Norman once put it, sensing the rise of the New Left in America, “I could no longer justify remaining in Europe as a rejection of a reactionary nation.”

Norman returned to the States to teach at Amherst College, where he criticized America’s ruling elite—including the person he called its “general secretary,” the international banker John J. McCloy—for, among other things, its conduct of the Vietnam War. McCloy, then serving as chairman of Amherst’s board of trustees, demanded an apology, but Norman refused to kowtow. With that, McCloy resigned from the board—and while Norman continued teaching, it was a reminder that the enemies of academic freedom are many and powerful.

Throughout his long career as a teacher and activist, Norman contributed to the democratic dialogue by writing several scholarly works, including The Crisis of Industrial Society and After Progress: American Social Reform and European Socialism in the Twentieth Century.

Norman was kindly and avuncular, a friend and mentor to many. He is gone now, but his spirit will live on. In his 1988 book The Radical Renewal, he modestly admits that he has not said the final word on the subject. “If we are to reenact, in contemporary terms, the early American belief in a republic of virtue,” he writes, “we shall have to find a new philosophical basis for both social inquiry and politics. That is a matter for further reflection.” We hear you, Norman.