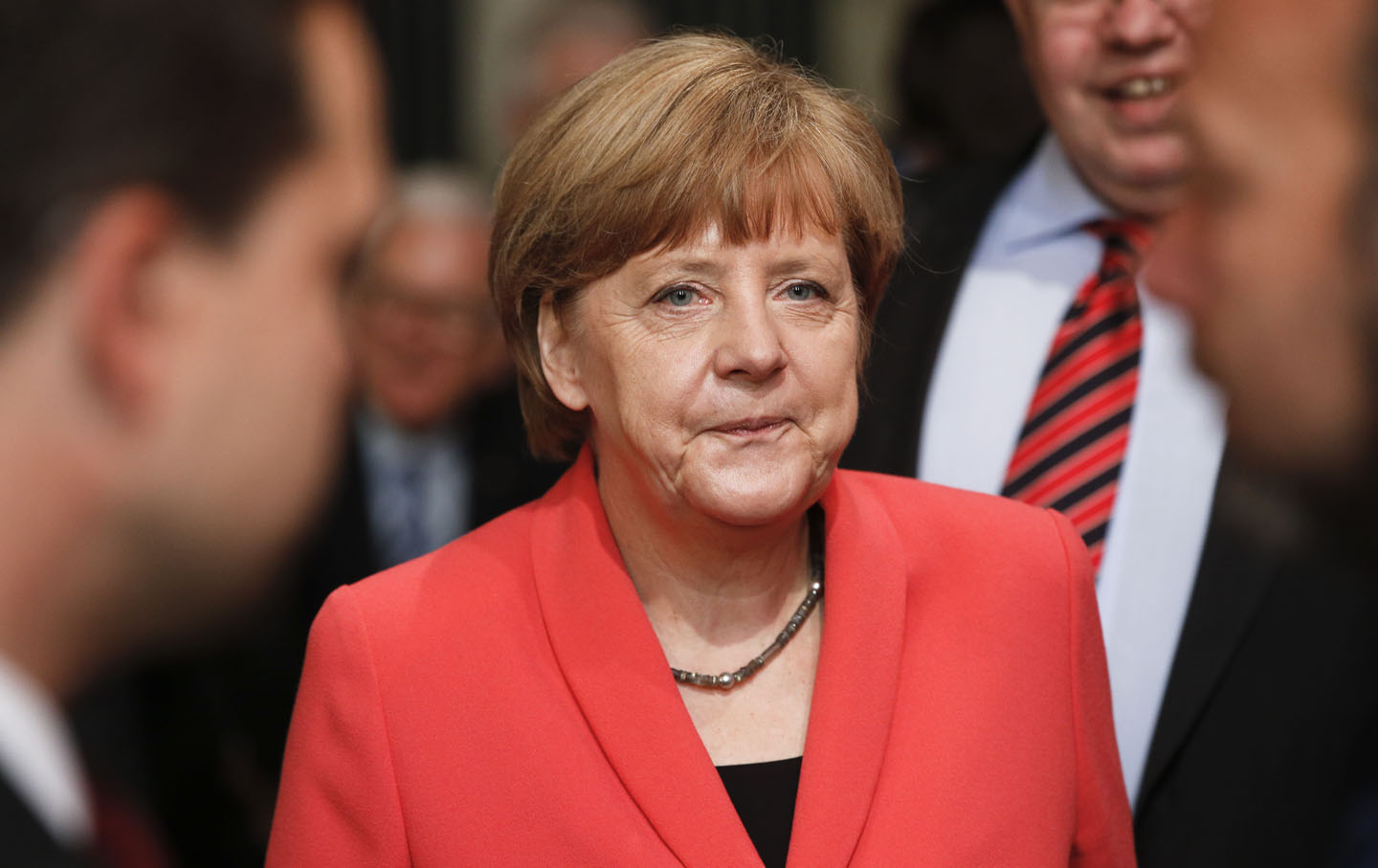 Given the depth, elegance, and intelligence of our national political life, it is understandably difficult to find energy and time to consider what is happening in nations culturally and politically close to us. It is instructive, however, to consider an episode in Germany largely unreported in our media.

The German agency charged with domestic security is called the Office for the Defense of the Constitution (Bundesamt für Verfassungsschutz). It is attached to the interior ministry, but as with the other German intelligence agencies, its activities are supervised and monitored by the chancellor’s office. The agency has for some time been rather vigorously criticized in Parliament and the press for two major failures. One involves domestic neo-Nazi terror. Its agents penetrated and manipulated a right-wing terror gang—which was then responsible for murders. The agency, however, has stubbornly refused to make public its own responsibilities in the case. Secondly, after the Snowden revelations of activity by the US National Security Agency within Germany and the notorious case of the tapping of Chancellor Angela Merkel’s phone, the German agency has been loudly silent on what—if anything—it has undertaken to deal with the apparent impression of our own government that the Federal Republic can be treated as the 51st US state.

In any event, the German agency has not asked the federal prosecutor to open an investigation of what on the face of it is criminal activity on German national territory. Per contra, a fortnight ago it proved exceedingly vigilant when the editors of a critical (and appropriately penurious) website, Netzpolitik, obtained material indicating that the Office for the Defense of the Constitution intended to extend and intensify its surveillance of the communications of German citizens. The agency asked the federal prosecutor to take action, and the incumbent, Harald Range, promptly complied by opening an investigation of the website’s editors, pending a charge of treason.

Old-timers were reminded of a critical episode in the early history of the Federal Republic, when in the fall of 1962 the Adenauer government charged Der Spiegel with treason, occupied its offices, and arrested several of its editors and reporters. There were two especially piquant aspects of the affair. One was that the author of the Spiegel article, the late Conrad Ahlers, was arrested on vacation in Spain by the very cooperative state security agencies of the Franco government. The second was that the arresting and investigating officers in Germany were indeed professionals: They had been former senior agents of the SS and other Nazi organizations. The affair threw the public life of the early Federal Republic into turbulence, generated a protest by a new generation, and marked the beginning of the end of Adenauer’s patriarchal version of authoritarian democracy.

That was then, and this is now. Chancellor Merkel’s office let it be known that it had nothing to do with the Netzpolitik affair, that the chancellor in any event was on vacation, and that, as always, she stood for freedom of the press. The Social Democratic justice minister announced that he had instructed the prosecutor to drop the matter. The prosecutor termed the instruction an inadmissible political interference in matters judicial, and was dismissed. The interior minister, Thomas de Maizière, as competent as all the Prussian Huguenots, was not competent enough to cover up the fact that he knew of the investigation before it was made public. De Maizière is a leading candidate to succeed Merkel; he will get out of it, somehow. His subordinate, the president of the Office for the Defense of the Constitution, is in no danger either. Though the treason charges have been dropped, the editors of Netzpolitik are still under investigation for their alleged disclosure of state secrets. The German media are full of remonstrance and regret—but nothing has changed.

The editors of Netzpolitik and their publication have been sent quite a lot of money by supporters. I am reminded of an American connection. At an event at the German Embassy some six weeks ago, a retired deputy director of the CIA was asked about American surveillance of German communications. He emitted a long mumble on the enduring cooperation (irrespective of merely elected governments) of the intelligence agencies. I was reminded of a 19th-century debate in the French National Assembly over a proposed tax on dogs, in which a minister said, “Pauvres chiens, on veut vous traiter comme des hommes.” Poor Germans, you are to be treated as we treat ourselves.