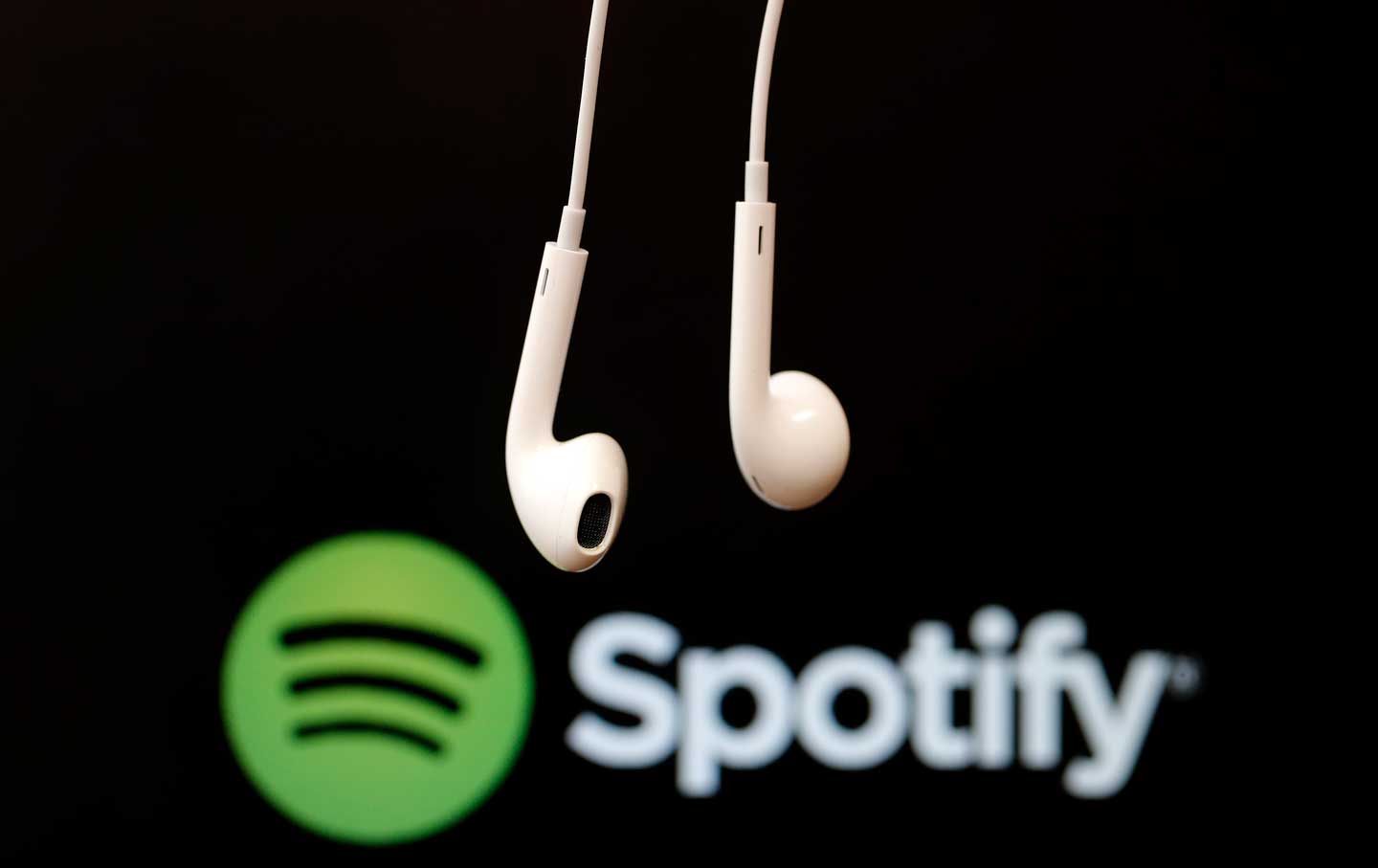 Over the past few years, streaming has been a wildly popular phenomenon and something more: a transformative one. The way we experience art shapes it in our minds and hearts. Staging, framing, production values, and delivery technologies are not incidental to drama, music, and other entertainments; they are integral to the works as we process them. Yet a great deal of the discussion about streaming has been centered on the economic inequity of Spotify, the Swedish-developed streaming service imported to America four years ago, and the competitors that have followed it, particularly the Apple Music app introduced this June.

The money story in the streaming explosion is certainly unnerving. The mid-year report by the Next Big Sound, a music analytics company, showed that there were some 1.03 trillion music streams during the first six months of 2015, through Spotify, YouTube, Pandora, SoundCloud, Vevo, Vimeo, and other sources. The same report, like many accounts of streaming, is vague about the revenue being shared with the composers, performers, and producers of the music.

At a symposium on copyright and the arts at the Columbia University Law School in 2014, the president of the Songwriters Association of Canada, Eddie Schwartz, provided some unsettling data on streaming. By Schwartz’s calculations, the writer of a song that sold a million records (in the form of CDs, vinyl albums, cassettes, or some other physical medium) in the year 2000 would have earned approximately $45,000 if he or she received 50 percent of the song’s revenue—“middle-class economic status,” in Schwatz’s words. By comparison, a songwriter who had a composition streamed a million times today would make about $35—enough, Schwartz said, for “a pretty good pizza—maybe an extra-large with a couple toppings.”

However troubling, the failings of the streaming pay structure aren’t the only aspect of the phenomenon worth thinking about. To receive recorded music on demand, without a price tag on the song or album, and to experience it without ownership of anything other than membership in the vast and ever-growing club of streaming enthusiasts—with nothing to hold or keep or collect—is to listen to recordings in a manner that is, if not new in every sense, considerably different from the way people were engaged with recorded music in the past.

I have subscribed to Spotify since the week it was introduced in the United States in July 2011, and I signed up for Apple Music on the day it began. I still purchase a great deal of music—at least one or two albums per week, usually as downloads but sometimes on CD, when the music is available only in that format. I still buy 45-rpm singles and 78s on occasion, because I have both a 45 jukebox and a wind-up Victrola in my home. But I use Spotify on and off all day, almost every day. I feel horribly guilty for doing so, knowing that songwriters and other music creators are being inadequately remunerated for my use of their work. (I write songs myself and, as a member of ASCAP, receive a modest payment of royalties on a quarterly basis.) But I crank the sound up loud enough to drown out my conscience, and console myself with the delusion that my commitment to purchasing CDs and vinyl, in small numbers, somehow compensates for my gluttonous consumption of streaming music for next to nothing.

Listening by streaming changes music for me. In a literal sense, the music itself is altered. The compressed quality of streaming audio—light and thin and metallic—does not suit some of the music I love, such as the chamber jazz of Gil Evans and the early acoustic recordings of Joni Mitchell. (Streaming actually befits the late-period synth-infused albums of Mitchell’s, which Elvis Costello once described as “the aural equivalent of being trapped in a Chinese restaurant.”) When I’m using Spotify, I find myself playing more contemporary pop than I would otherwise listen to. On the morning I wrote this essay, for instance, I noticed the new single by Carly Rae Jepsen, “Your Type,” hyped on the New Release section on Spotify; I gave it a listen and its icy, synthetic Euro-pop production seemed perfectly appropriate for streaming.

It would be easy but inaccurate to say that the degradation of sound quality in recordings of popular music since the rise of the MP3 and the proliferation of handheld devices and earbuds, exacerbated by the compression employed by the most successful streaming services, has degraded the quality of popular music. Rather, it has made pop music sound different today—not necessarily lesser, but surely not the same as music geared for listening through speakers on hi-fi stereo sound systems. In an interview I did with Paul McCartney several years ago, he pointed out how the expanded sonic capacity of both recording studios and home playback equipment in the late 1960s led the Beatles to think in more expansive musical terms. “The technology was there now for us to sneak little bits in, you know, to discover if you listened closely enough,” McCartney said. “The studio was our instrument. We could do whatever we wanted. We could be the Beach Boys or be Stockhausen or be Albert Ayler.” Oh, Paul…

If it’s well designed, music geared for being downloaded or exchanged as MP3s or streamed for listening with buds plugged into your phone uses the narrower dynamic range, the limited frequency response, and the essential, inescapable electronicness of digital delivery as well as the Beatles used hi-fi sound. Among the reasons for the prominence of Scandinavian producers, the musical descendants of ABBA, in contemporary pop is the companionability of their aesthetic and contemporary delivery technology. The utterly, blissfully artificial, chirpy, autotuned music made by producers such as Max Martin, the whiz behind Taylor Swift’s smash album 1989, is music made for digital delivery. The fact that Swift demurred at first with Apple Music, holding out for a better offer, sipping her drink, sitting sideways at the bar, shows only that she and streaming are truly made for each other.

The degradation propagated by streaming is one of public expectations, a consequence of the instant availability of an almost inconceivably vast amount of music. When everything seems to be available, the value of each thing shrinks—and I should emphasize “seems,” since vastness is not completeness, and great quantities of great music, especially by artists like the Beatles, the Who, and Prince, are not available in quantity on Spotify. The process of purchasing something—weighing the options, applying critical standards (however vague they may be in one’s mind), gambling or trusting one’s tastes, and making the small sacrifice of spending a bit of money—instills a commitment to the purchase. I remember buying the album Hejira in 1976—to use the example of Joni Mitchell again—and finding it tuneless and confusing. But, damn, I spent a whole $7 on the thing. So I stuck with it, hoping the find a way to appreciate it and get my money’s worth. Within a few days, I did, and my tastes developed in the process.

Today, I skip around Spotify while I’m on the subway or walking down the street, and when I find myself hearing something I don’t much like, I click out of it and listen to something else, because countless alternatives are always a click away. Tastes broaden and sometimes improve through both exposure to art of many kinds—something streaming makes possible—as well as commitment to individual works, particularly the ones most challenging, which streaming fights against. Spotify and Apple Music, through their easy and instantaneous access to more options than we can indulge, inhibits perseverance and impedes challenge. They’re super-easy and fast and put a universe of music in your hands, and all that comes at a price dearer than free.