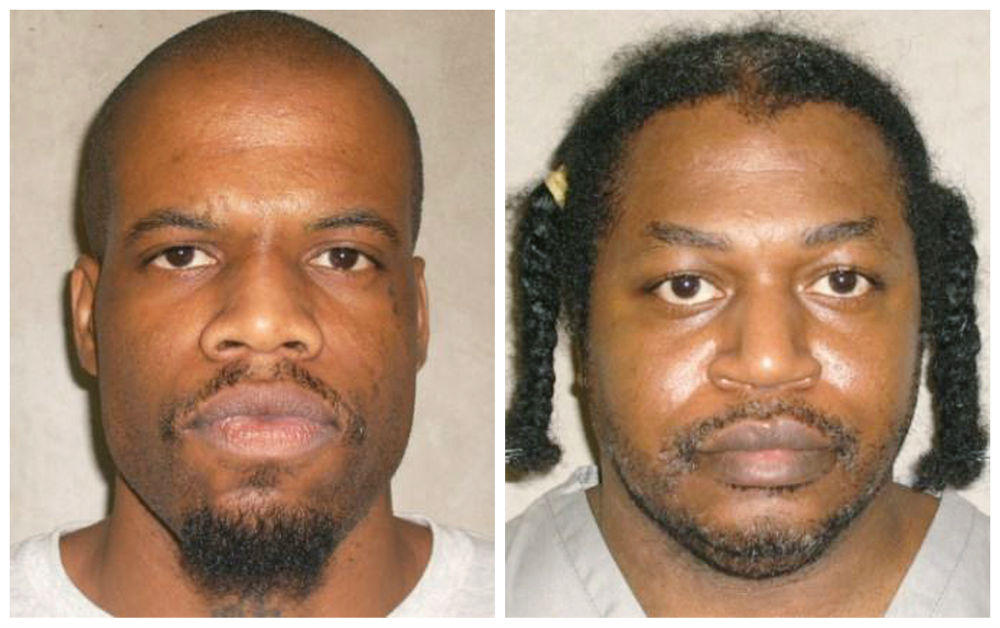 Oklahoma’s top prison official on Thursday released a timeline of the botched execution of Clayton Lockett, who died of a heart attack Tuesday after a failed procedure. In a letter, Oklahoma Department of Corrections Director Robert Patton also recommended that the state halt all executions, pending an independent review of its lethal injection protocol.

Here are the letter’s biggest revelations, as well as some other recent developments in this story:

The morning of Lockett’s execution was marked by chaos.

Prison officials tasered Lockett the day of his execution, after he refused to be restrained for medical X-rays. Shortly after, medical officials observed that Lockett had lacerated himself on his right arm. He was sent to the prison health center to get his wounds treated. A doctor determined that he would not need sutures.

The lethal drugs were administered to Lockett via his groin, a rare method that requires extensive experience and training.

A medical technician had serious trouble finding a suitable vein on Lockett’s body to insert the IV. After determining that his arms, legs and feet offered “no viable point of entry,” the technician inserted the line in Lockett’s groin. This whole process, from searching Lockett’s body to inserting the IV, took fifty-one minutes. The New York Times confirmed with a Columbia University anesthesiologist that placing an IV in the groin can be especially painful and requires “extensive experience, training and credentialing.” The public doesn’t know anything about the technician’s qualifications because state law shields the identities of personnel involved in executions.

Experts are raising doubts about the DOC’s claim that Lockett’s vein collapsed.

The night of the botched execution, Robert Patton told reporters that Lockett’s vein collapsed during the procedure, causing officials to halt the process. The timeline provided Thursday corroborates this version of events, saying that about twenty minutes after the execution began, a doctor “checked the IV and reported the blood vein had collapsed.”

But Dr. Joel Zivot, an Emory University anesthesiologist, expressed to the Times that this theory is “almost certainly incorrect.” Zivot explained that finding the femoral vein is especially difficult, since it is not visible from the surface.

Madeline Cohen, an attorney representing death row inmate Charles Warner, whose execution was postponed after Tuesday’s botching, said in a statement, “[T]he timeline the Department of Corrections has released strongly indicates that the femoral IV was never properly inserted, and the drugs were injected into Mr. Lockett’s flesh, rather than his veins.”

Oklahoma’s prison chief is calling for an independent investigation of the botched execution, as well as an indefinite stay of all executions until the state refines its protocol.

On Tuesday, Oklahoma Governor Mary Fallin stayed the execution of Charles Warner, another death row inmate, for fourteen days. Fallin has said that she will extend that stay up to sixty days if the investigation is not completed in time.

“It will take several days or possibly a few weeks to refine the new protocols. Once written, staff will require extensive training and understanding of new protocols before an execution can be scheduled,” Patton said.

Anti–death penalty advocates in other states are paying close attention.

Officials in Missouri, Texas and Ohio have all said the incident in Oklahoma will not affect planned executions in their respective states. But attorneys in each of those states have all cited Lockett’s death in calling for moratoriums on capital punishment.

The planned execution of Russell Bucklew on May 21 raises particularly pressing concerns. Dr. Zivot said Bucklew has a medical condition that is characterized by malformed blood vessels, putting him at risk for “extreme or excruciating pain” during an intravenous execution.

“Missouri is at grave risk of repeating the type of botched procedure we just saw in Oklahoma,” said attorneys Cheryl Pilate and Lindsay Runnels in a statement. “Department of Corrections officials are operating with utter disregard of our client’s medical condition, and their continued secrecy exponentially increases the risk that Missouri will carry out a failed or botched execution.”

Update (4:30 pm): During a news conference today, President Obama called the botched execution in Oklahoma “deeply troubling.” Obama also called on Attorney General Eric Holder to conduct an “analysis” of the execution. He reaffirmed his support for capital punishment in “certain circumstances where a crime is so terrible that the application of the death penalty may be appropriate.”