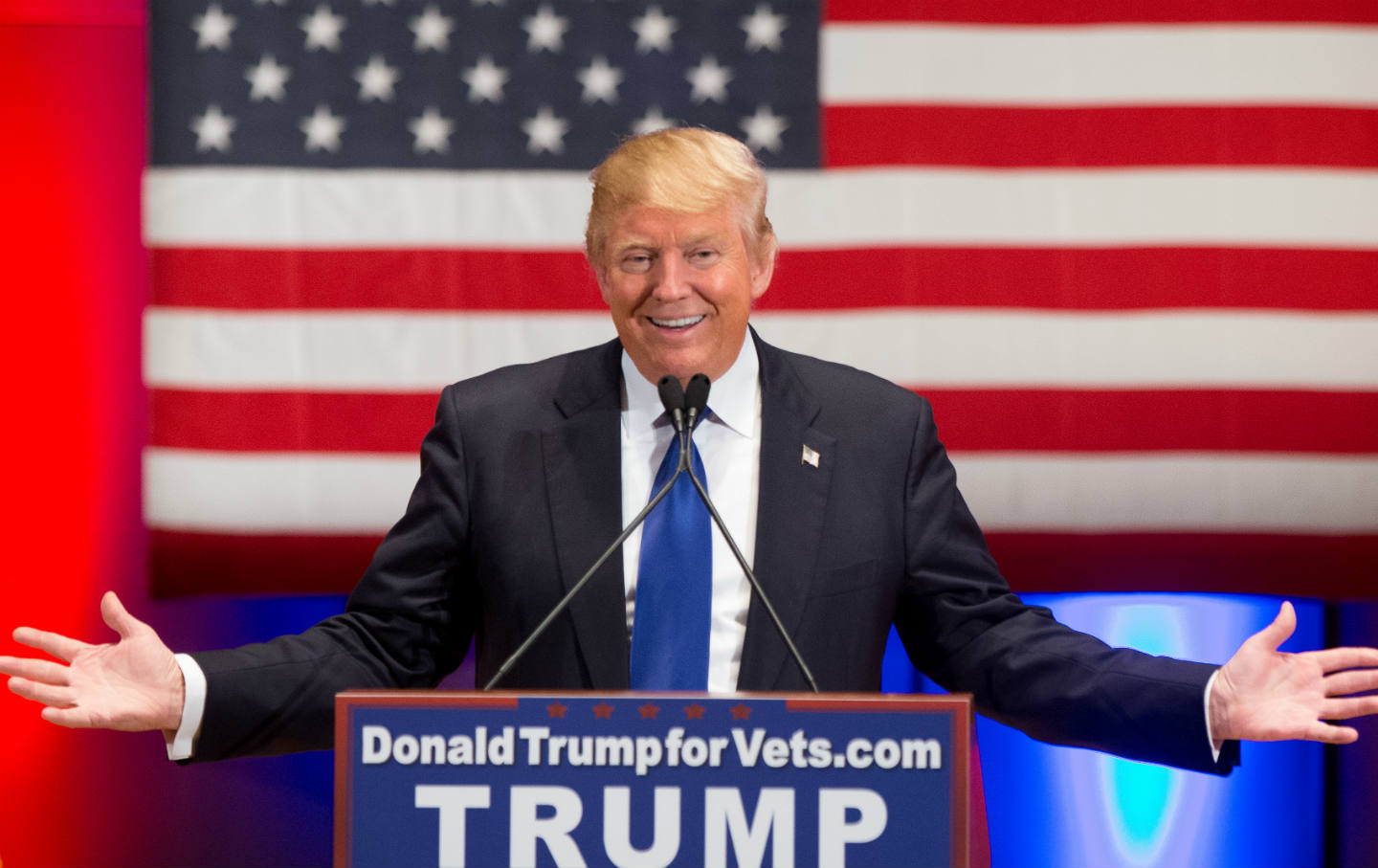 It has become a cliché to point out that Donald Trump’s demagogic appeal is the result of unchecked Republican pandering to racist xenophobia and justifiable anger at the “elites” who serve Wall Street, not Main Street. Writing in The Washington Post, Iraq War hawk Robert Kagan described Trump as the Republicans’ “Frankenstein’s monster” with these qualities in mind. A phenomenon becomes a cliché by manifesting two qualities simultaneously: It appears to be true, and it vastly oversimplifies. What the “Trump as Frankenstein” meme elides, however, is the role that Kagan and his neoconservative comrades played in the laboratory. By promoting decades of military adventurism that served only America’s enemies, military contractors, and their own self-interest, the neocons have sullied the name of the liberal internationalism in which they profess to believe, while also undermining trust in honest, competent government at home. To put it another way: A bunch of guys with Ivy League PhDs who celebrated the ascendance of Sarah Palin have no business complaining when Donald Trump jumps out of their birthday cake.

Those who celebrated the rise of Sarah Palin have no business complaining when Trump jumps out of the birthday cake.

A March 2 open letter signed by Kagan and more than 100 conservative foreign-policy mandarins charges that President Trump “would use the authority of his office to act in ways that make America less safe, and which would diminish our standing in the world. Furthermore, his expansive view of how presidential power should be wielded against his detractors poses a distinct threat to civil liberty in the United States.” The letter also complains that Trump’s “embrace of the expansive use of torture is inexcusable.” One suspects that if Donald Trump were to read this letter—the vast majority of whose signatories supported the catastrophic US invasion of Iraq—during one of his free-associative campaign speeches, he would be tempted to respond: “I know you are, but what am I?”

The letter adds that Trump’s rhetoric “endangers the safety and Constitutionally guaranteed freedoms of American Muslims.” Perhaps they should consult the thousands of Muslims and others whose rights were ignored by the Bush administration’s illegal wiretaps and domestic spying, to say nothing of those who were sent to Guantánamo or, worse, to “black sites” to be tortured.

Oddly, neocon capo di tutti capi William Kristol didn’t sign the document. He hopes to replace Trump with an imagined third-party candidate. Were the fate of the world’s most overstuffed nuclear-armed military not hanging in the balance, one could easily enjoy the spectacle of Kristol caught between the Scylla and Charybdis of Trump and Hillary Clinton. The punditocracy’s chutzpah meter all but exploded at the sight of Kristol’s tsuris when Trump proclaimed that the invasion of Iraq was possibly “the worst decision” in presidential history, along with his charge that Bush lied the country into war. This is, after all, the same pundit who reaped reward after reward for his repeatedly ridiculous prognostications regarding Iraq—including not only columns and contracts with pretty much every prestigious mainstream-media organization, but also a $250,000 prize from the Lynde and Harry Bradley Foundation “for his outstanding achievements in a wide range of activities affecting the development of public policy from national and international perspectives.” An example: In April 2003, Kristol pshawed the allegedly lily-livered concerns about the likelihood of significant Sunni-Shiite strife as nothing but “pop sociology,” because “there’s almost no evidence of that at all.” Today, however, he says he is outraged at the lack of outrage over Trump’s comments, which he describes as “extraordinarily irresponsible” and “appalling,” among other unpleasantries.

Kristol’s case would be stronger if Trump didn’t happen to be right. Alas, the facts tend to be a bit confusing here because of Bush’s proud ignorance of what he called “nuance,” together with the mainstream media’s refusal to use the word “lie” when describing American presidents. But as pundit Michael Kinsley observed long before Iraq became an issue, “Bush II administration lies are often so laughably obvious that you wonder why they bother. Until you realize: They haven’t bothered. If telling the truth was less bother, they’d try that, too.”

Like virtually everyone in his administration tasked with selling the invasion of Iraq to the public, Bush did lie. He lied in September 2002 when he told reporters that an International Atomic Energy Agency report confirmed that Iraq was “six months away from developing a [nuclear] weapon.” In fact, as I wrote in my book When Presidents Lie, that estimate had been made more than a decade earlier. Bush’s press secretary, Ari Fleischer, tried to claim that the president was referring to a different report—which was neither available when Bush made his false assertion nor supportive of it. Following the invasion, at a press conference with British Prime Minister Tony Blair in November 2003 and at one with the president of Poland in January 2004, Bush lied again, with even stronger statements, denying the reality of the IAEA inspections.

By refusing to vote for Jeb Bush or Marco Rubio, the neocons’ favored candidates, Republican primary voters are rejecting policies that dishonored their country, helped to impoverish future generations, and robbed working men and women of their lives and limbs. Trump is no doubt a danger to tolerance and democracy at home and peaceful relations abroad, but his success as a candidate owes a great deal to his instinctive understanding of this dynamic. Ted Cruz—his only real competition for the nomination—apparently gets it as well. The Texan, frighteningly fanatical in most respects, is a stopped clock on the topic of what he calls the “crazy neocon invade-every-country-on-earth-and-send-our-kids-to-die-in-the–Middle East” element of his party.

It is quite an achievement to make men like Trump and Cruz sound (briefly) sane when discussing foreign policy, but Kristol and company have somehow managed it. Perhaps the Bradley Foundation will one day give out a $250,000 prize for that, too.