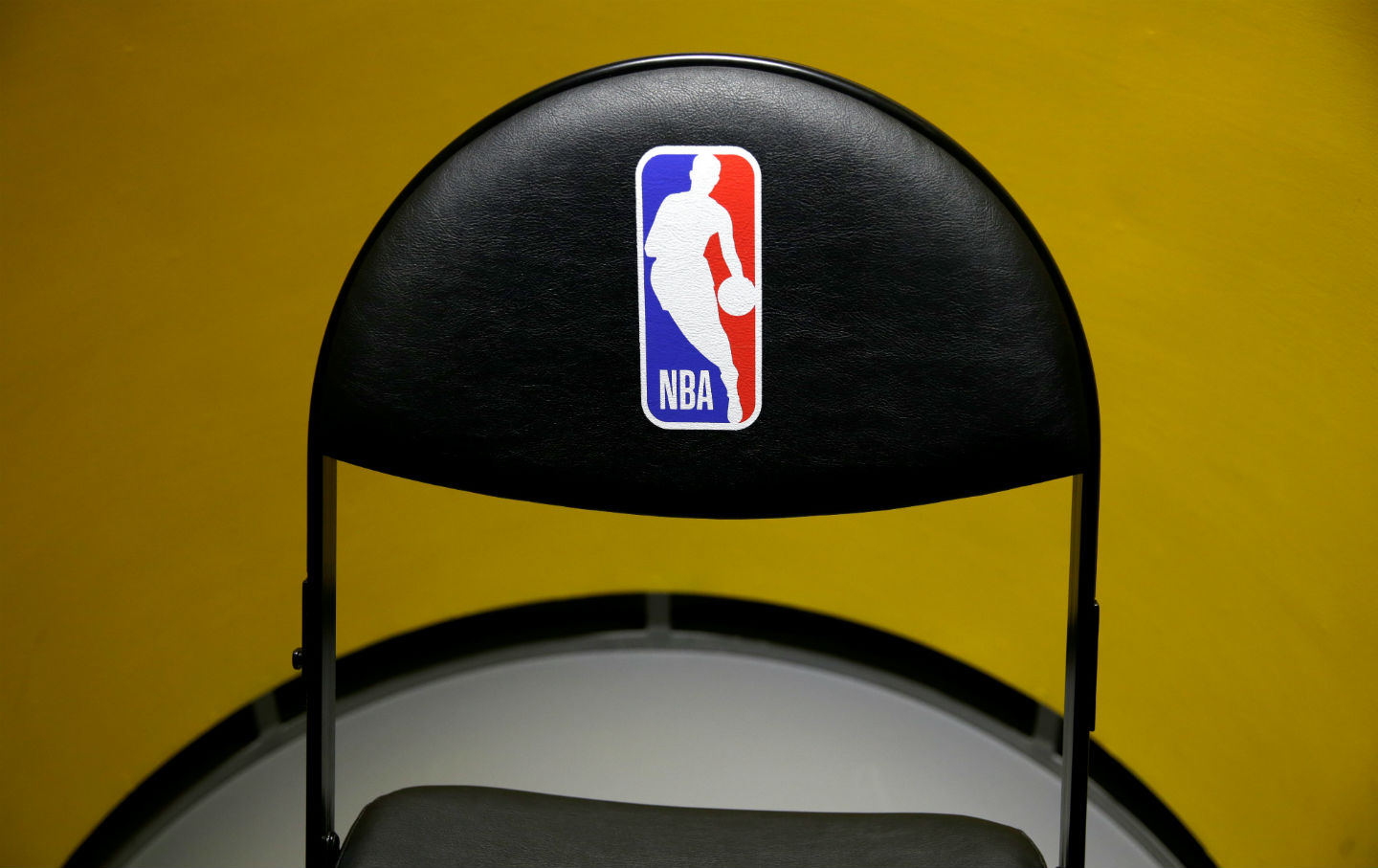 Not since Dwight Howard dared put the words “Free Palestine” on his social media in 2014 has there been such an uproar in the NBA over a tweet. This time the online transgression was committed by Houston Rockets general manager Daryl Morey, who tweeted—and then quickly deleted—an image captioned: “Fight For Freedom. Stand With Hong Kong.”

This modest tweet in support of demonstrators and strikers being shot in the streets was too much for China, a multibillion-dollar business partner of the NBA. Their autocratic compadres were furious, and the league backpedaled like a young Carmelo Anthony.

The ensuing response from Houston Rockets franchise owner (and Donald Trump backer) Tilman Fertitta and the NBA towards Morey has been a manic display of corporate cowardice, the equivalent of a parent screaming at a toddler in a restaurant that they are “making a scene.” After several state-run corporations announced that they would be suspending business with the Rockets, the NBA issued statements in English and Chinese. The English statement said “we recognize that the views expressed by Houston Rockets General Manager Daryl Morey have deeply offended many of our friends and fans in China, which is regrettable.” 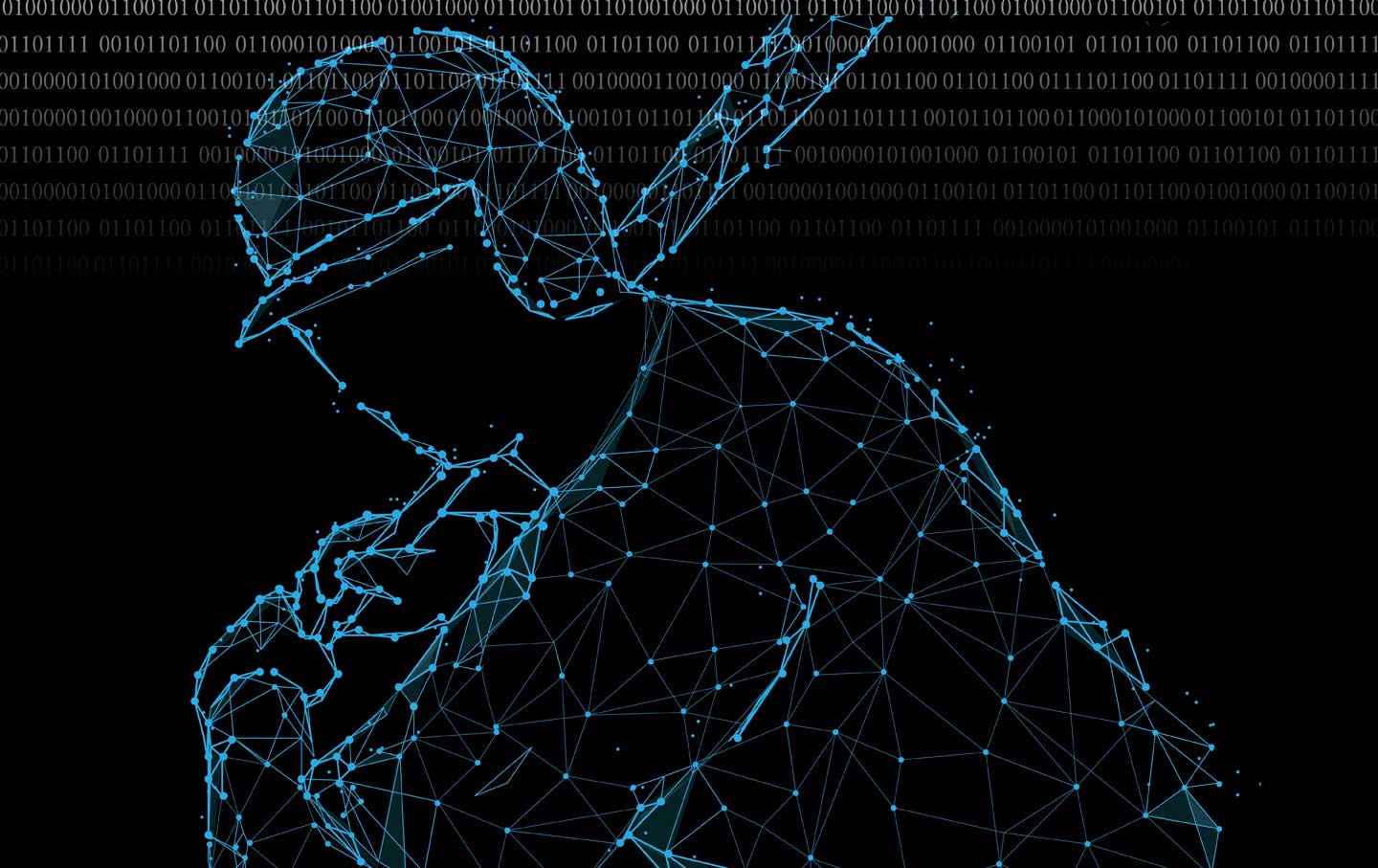 The Chinese-language version was different, and it twisted the knife, saying: “We are extremely disappointed in the inappropriate remarks made by Houston Rockets General Manager Daryl Morey.” Fertitta who thinks nothing of being political when he fulsomely praises Trump, blasted Morey, tweeting, “Listen….@dmorey does NOT speak for the @HoustonRockets….we are NOT a political organization.”

The league also made Morey crawl through glass on his own Twitter account, where he said, “I did not intend my tweet to cause any offense to Rockets fans and friends of mine in China. I was merely voicing one thought, based on one interpretation, of one complicated event. I have had a lot of opportunity since that tweet to hear and consider other perspectives.”

Rockets star player James Harden piled on even more, expressing even more regret for his GM, saying, “‘We apologize. You know, we love China. We love playing there. For both of us individually, we go there once or twice a year. They show us the most important love.” Harden did not specify what “the most important love” happens to be, but it doesn’t take Goldman Sachs to tell us how that “important love” is measured.

Then there was Brooklyn Nets and Chinese billionaire franchise owner Joseph Tsai, who wrote a rather outrageous 748-word evisceration of Morey on Facebook. Tsai’s argument was that Morey’s fleeting support for the demonstrators in Hong Kong was an act of profound cultural ignorance and insensitivity about the effect his tweet has on the “Chinese psyche” because of the legacy of the Opium Wars of the 19th century. He also said without evidence that the 1.4 billion Chinese stood united against Hong Kong independence and presumably against Morey and his boorish yammerings about freedom. 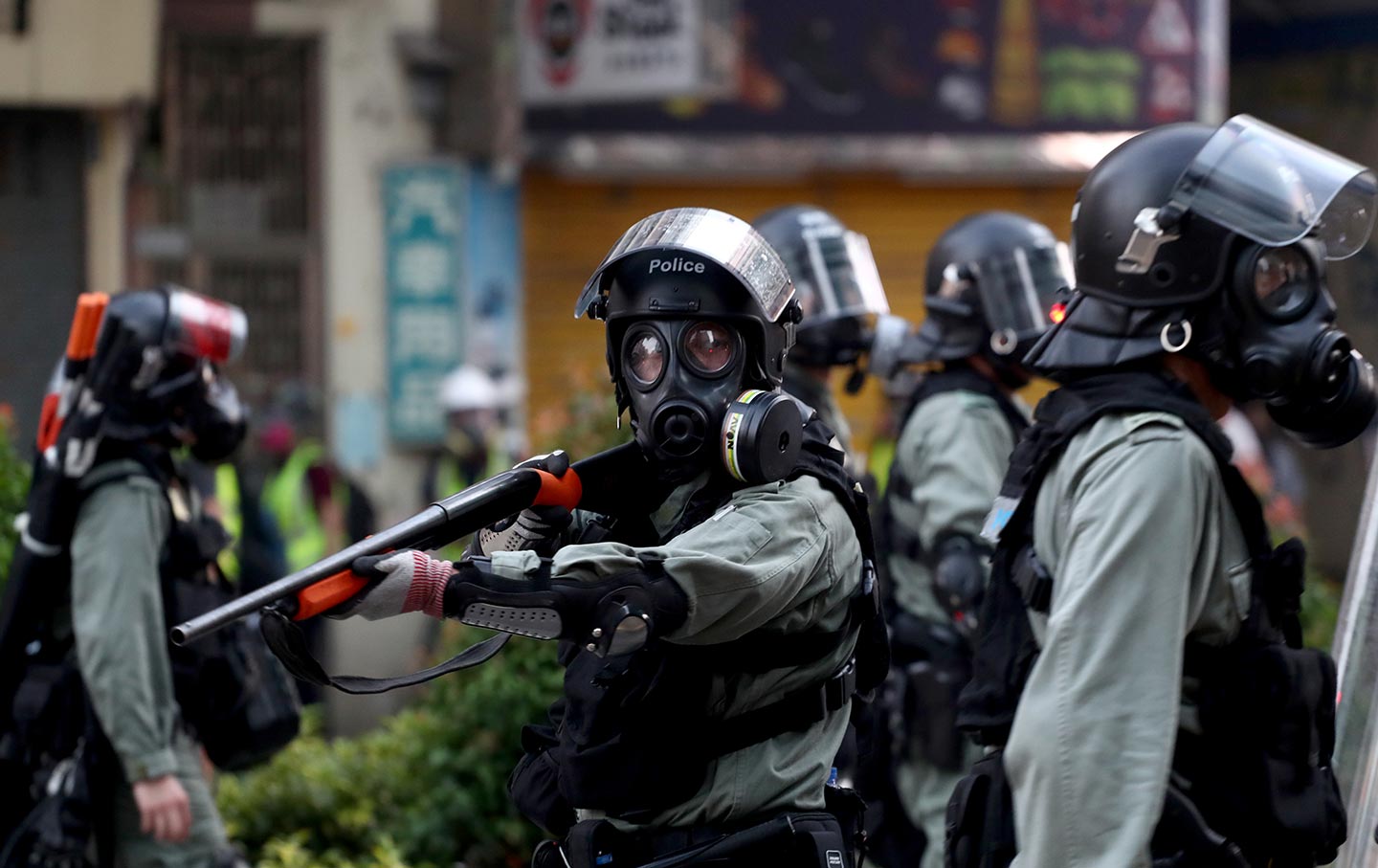 The NBA, which likes to market itself as a progressive league, is demonstrating the difference between “woke consciousness” and “woke marketing.” This entire debacle undercuts its desired reputation as a supporter of progressive values—especially if Morey becomes collateral damage. As Bleacher Report NBA writer Howard Beck tweeted, “I understand financial/political realities at work here. But Morey was simply advocating for civil/humanitarian rights—the same values the NBA regularly espouses and purportedly stands for. If the league allows a team official to be fired for doing so, it undermines it all.”

The reality of course is that the freethinking “woke” NBA sides with their multibillion-dollar business partners over demonstrators’ being gunned down in Hong Kong. NBA teams may decline to visit Donald Trump’s White House, but they are standing with Trump when it comes to their disregard of Hong King’s freedom fighters.

The most stomach-turning part of this is seeing authoritarian Trumpists like Ted Cruz and Marco Rubio dragging the NBA for not supporting the Hong Kong protests. They must be absent of the shame gene, considering that their own president may have decided to ignore the demonstrations in return for political dirt on his opponents. There’s also the uncomfortable thought that if there were similar demonstrations in the United States, they would be the people calling for protesters and strikers to be shot.

The latest effort to finesse this comes directly from NBA Commissioner Adam Silver himself, who in a carefully worded statement said yesterday,

We are not apologizing for Daryl exercising his freedom of expression. I regret—again, having communicated directly with many friends in China—that so many people are upset, including millions and millions of our fans. At the end of the day, we come with basketball as an opportunity to sell dreams, sell hopes.… that we are causing disruption in people’s lives and that we are causing disharmony, that’s something I regret.

In response to Silver’s stopping short of full condemnation of Morey, Chinese State TV CCTV announced that it would stop broadcasting NBA games, stating,  “We are strongly dissatisfied and we oppose Silver’s claim to support Morey’s right to free expression.”

To get a perspective on this, I reached out to Kevin Lin, a labor activist and researcher on China’s labor movement, who has written about the Hong Kong protests.

He said, “This has been a familiar pattern over many years. A company or an executive deliberately or unwittingly touched on a politically sensitive issue in China, be it Taiwan, Tibet or in the present case Hong Kong, leading to a public backlash and government pressure in China on the company to retract and apologize, or face commercial sanctions…. Over the last decade and half, the NBA League, teams, individuals players and sports brands have taken advantage of the popularity of the sports in China to earn billions of dollars through broadcasting rights, events, merchandise and sponsorship contracts signed between NBA players and Chinese brands. The goodwill that the NBA has shown to China, however, has proved to be exactly commercial in nature, if even individuals might hold progressive dissenting views.”

Lin also makes plain the dreary truth: “In the end, this is a classic cynical exercise of the capitalist class getting up in arms to discipline one of their own—a fairly disposable general manager as opposed to an owner—for letting a human rights concern get in the way of lucrative profit, while the political class exploits the opportunity for posturing even though they would have no qualm condemning and crushing a similar mass protest in the US. It has only become so much more intense because of the capitalist development in China has created a consumer market no business can ignore and a government with more coercive capacity, and because US-China rivalry has made any such incident so much more explosive.”

Lin adds, “For progressives, what deserves our foremost support are the citizens and workers in Hong Kong mobilizing.… It is their protests, mass demonstrations and a general strike headed by the Cathay Pacific union for which its employees faced retaliation that offer the best hope.”

The league will never side with a general strike in Hong Kong when business with China hangs in the balance. But NBA players should stand with the workers in Hong Kong instead of trying, like James Harden, to capitalize on China’s “most important love.” The league has shown which side it is on. The players, so outspoken on so many issues, should be unafraid once more and side with people instead of the league’s own bottom-line interests.