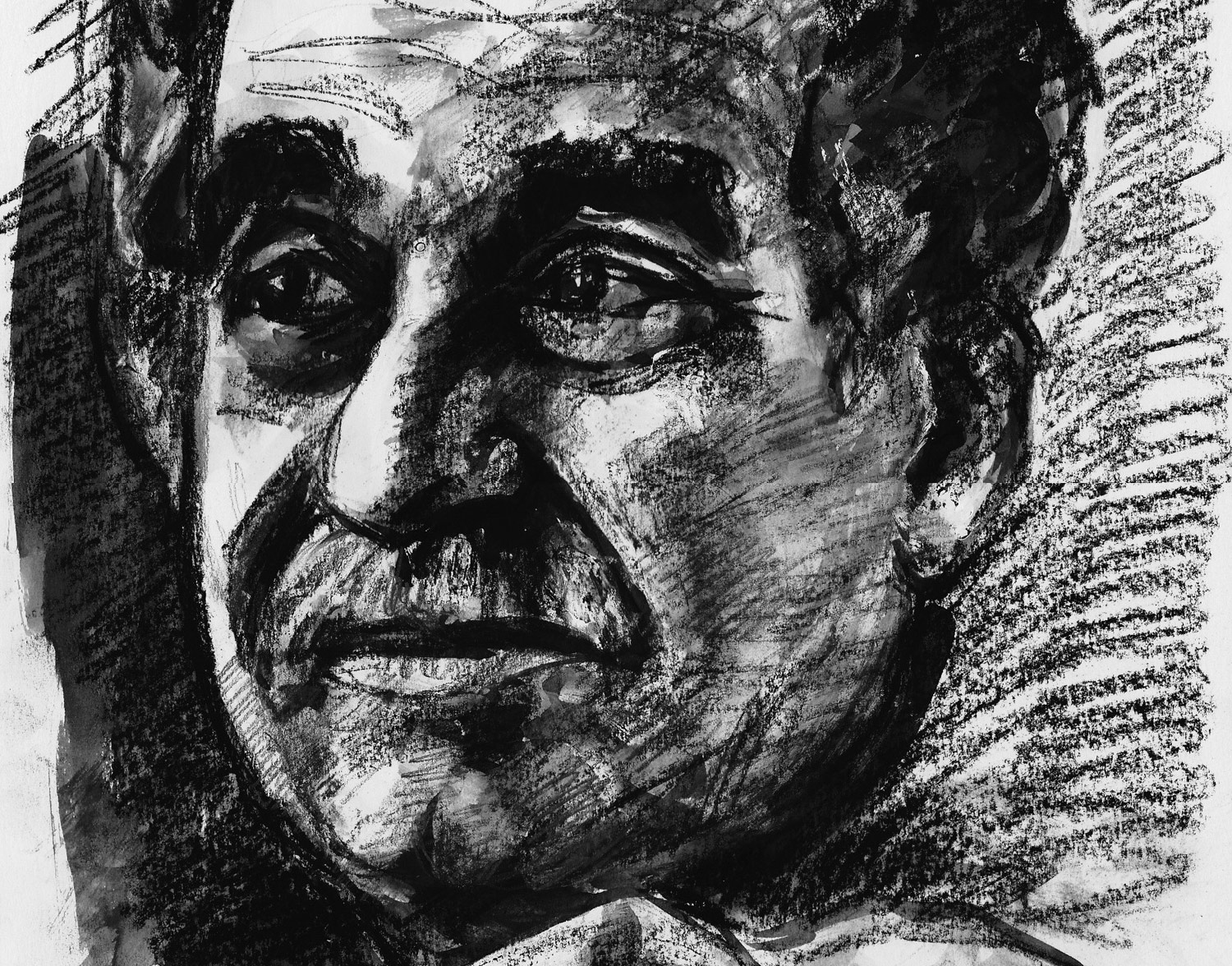 Sin valor comercial. no commerical value. Those were the words stamped on the cover of the 1967 first edition, in Spanish, of course, of One Hundred Years of Solitude, which I still have in our library in Santiago de Chile—ironic words, for a novel that was to become one of the most sold on the planet and one of the greatest of all time.

They had been placed there to ensure that I would not resell the book, though I had no intention of doing so. As the literary critic of Chile’s main magazine, Ercilla, all I wanted to do was read it. I had been waiting for years to devour it, ever since rumors reached me that something special, something beyond special, was coming from the pen of an author whom I had already appraised glowingly in previous columns. When I arrived back home, I announced to Angélica, my wife, that I would not be available for the next twenty-four hours, not even to help with our 2-month-old baby, Rodrigo. It was reported that Gabriel García Márquez had said something similar to his wife, Mercedes, when he shut himself in his room to write this novel for nearly two years, and I modestly intended, though for a shorter interlude, to imitate him.

I consumed the book in one sitting, for hours and hours into the night and through dawn, not daring to stop, being fed sporadically by my dear Angélica. Like the last of the Buendía dynasty, I could not take my eyes off the text that was engulfing me, hoping against hope that the world that started with ice touched by a child in Paradise would not succumb to that other constellation of ice called death, desperate because death was indeed stalking each generation, each act of joy and exuberance. I could not cease my reading until I found out how all this would end, how the life of the family, the epic of Latin America, how my life embedded in the novel’s whirlwind, would end. And also desperate because I could not fathom how I, who was one of the first readers on earth to be privileged to receive this gift, would, in time for tomorrow’s deadline, have a review ready.

Incredibly, I was saved from that obligation by a strange twist of history. I rushed to the magazine to beg the culture editor to allow me 200 or 300 extra words to dedicate to this masterpiece and was greeted by his somber face. An interview that I had done the previous week with the black Cuban poet Nicolás Guillén had been censored, for racial and political reasons, by the publisher. I resigned in protest—and if I lost my job just when we most needed it, as our son Rodrigo was only a few months old, at least I did not have to rush 1,000 transitory words into print about those hundred years of solitude.

Years later, when I told Gabo (as his friends called him) about this incident, during our first meeting in Barcelona—it was March 1974, six months after the Chilean coup that had overthrown our democratically elected president, Salvador Allende—he laughed in delight and said it was lucky for him and for me that destiny had forced me, against my will, to be an ordinary reader, because it was for those readers that he wrote and not for critics or academics, who bored him and put him to sleep.

It was at the end of that bountiful lunch at his home that he suggested I go and visit the writer who was then his best friend (this was before their infamous falling out years later), Mario Vargas Llosa, who could contribute to returning democracy to Chile. I demurred; it was too far away and I had other things to do and—“I’ll take you,” Gabo said, leading me to his car. “If I hadn’t been a writer, I’d have loved to be a taxicab driver. Maybe it would have been a better choice: I could spend my days and nights listening to my passengers’ stories and navigating the streets of cities, instead of breaking my back behind a desk.”

Those first hours spent with Gabo cemented a friendship that was to last us a lifetime, but it also established politics as the center of our relationship. Over the next years, we were co-conspirators in the struggle against dictatorship in Latin America. What more could a young writer want than to spend hours and hours of confabulation with the greatest author alive? Was it possible to ask more than hundreds of meetings with him, Gabo opening his address book, Gabo writing to prime ministers and to Nobel Prize winners and to financiers, Gabo answering my phone calls in the middle of the night, Gabo interviewing clandestine leaders who had just arrived in Paris from Santiago, Gabo always ready to intervene to save a life, open a door, write an article?

Yes, it was possible to ask for more. And the occasion came when I was a member of a jury—Julio Cortázar was also among our group—for a literary prize in Mexico. During that week, I was finally able to speak to García Márquez about the literary obsessions of his and my life, Dante and Faulkner, Chekhov and Cervantes.

It was during those wonderful days that Gabo offered a revelation that may perhaps deeply explain his vision, what made him tick creatively. He had just completed the manuscript of Chronicle of a Death Foretold, and one evening, after dinner, under the tropical breeze, he showed me what he called a real treasure. It was the autopsy report of Cayetano Gentile, a friend of his, whose murder in 1951 was the basis for the novel.

“The knife wound that killed him,” Gabo said, “was in the back, right where the third lumbar vertebra is, penetrating his kidney. And you know what, Ariel? That’s where—exactly where—I, without knowing about this detail, imagined the fatal injury to my protagonist. My fiction imitated and remembered and anticipated the exactness of reality, la exactitud de lo real.”

Gabo’s eyes were shining like those of a child filled with wonder. And mine were shining as well, as I caught a glimpse of the way in which García Márquez created his works. For him, as for all of Latin America, everything was at the same time truth and fable, history and invention, pain and myth.

And in his desire to communicate, I saw that we are not as alone as he had implied in One Hundred Years of Solitude, that if we were able to imagine the plague of our violence in such a minute and perfect and excessive way, we would manage somehow to defeat death.

Now that the death he defied all his existence has come for him, I am left with that memory and so many more, but perhaps, above all, with this one. One day I was lunching with him and Mercedes and some other guests at his home in Mexico City, recalling our days as conspirators, when Gabo turned to one of his friends and said: “Do you know that Ariel used to call me at 3 in the morning to tell me his latest scheme for isolating and shaming General Pinochet? And you know what else? He would call me collect.”

Once the other guests had departed and I was alone with Gabo, I said to him: “I did call you at 3 in the morning and many another ungodly hour, Gabo, but never collect. Angélica and I were as poor as could be, but I never called you collect.”

García Márquez grew serious and then, again, his eyes lit up with a smile. “You must forgive me then, Ariel. But you have to admit that the story is funnier and more memorable and more credible even if you called me collect.”

And, of course, I forgave him and I forgive him all over again. The root of his genius was to take something real, something supposedly habitual and almost journalistic, and exaggerate it insanely. Just like Colombia, just like Latin America, just like our extraordinary humanity that no one like him—who may be driving some taxi in the great beyond if the gods are just—conquered and expressed and made immortal.