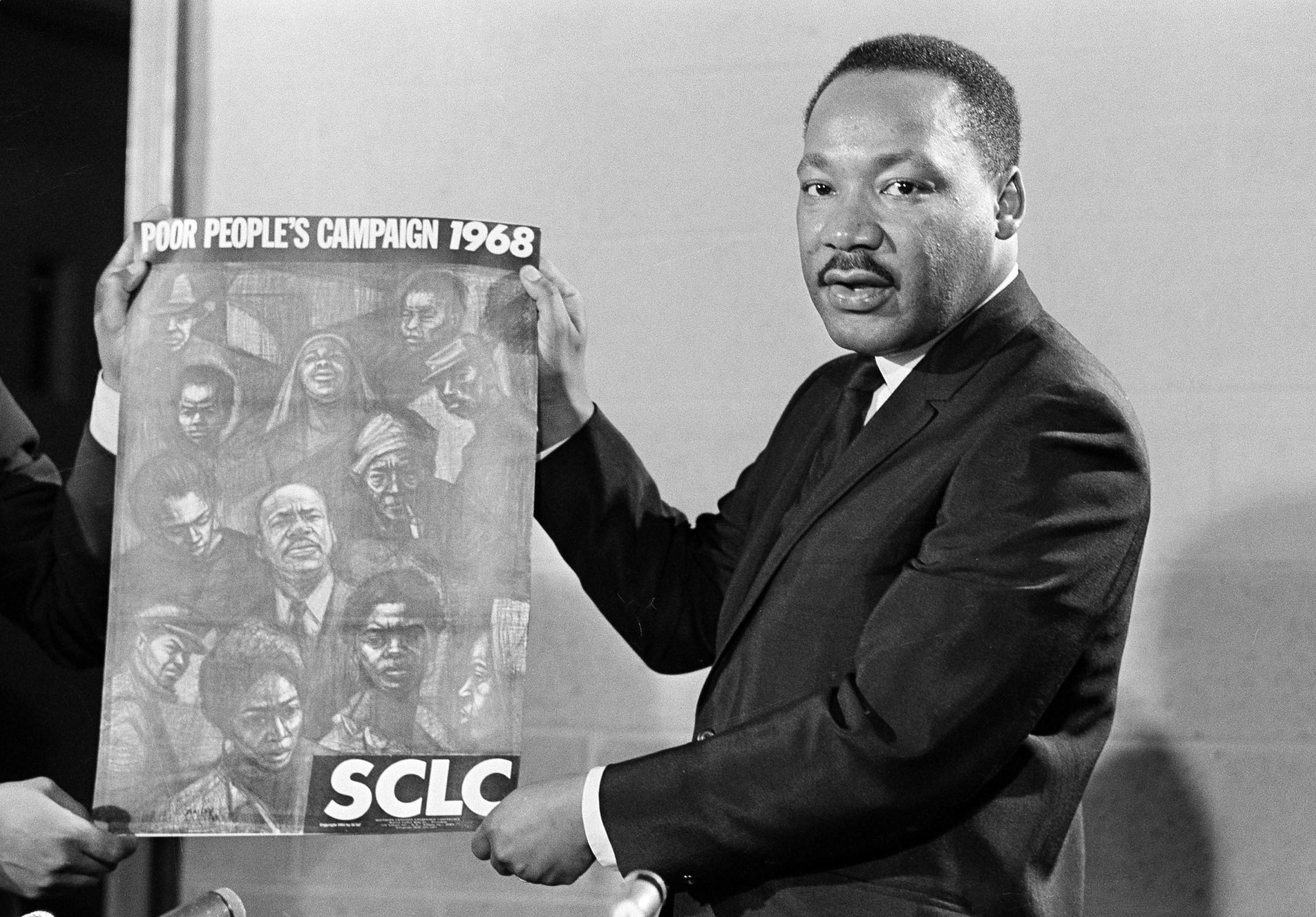 As America honors the eighty-fifth anniversary of King’s birth, it is right to remember all of those legacies.

But at a moment when the national debate has finally begun to refocus on the issue of income inequality that so motivated Dr. King, it is his commitment to economic justice that merits particular attention.

Fifty years ago, when Dr. King marched on Washington for jobs and freedom, the federal minimum wage was $1.25 an hour. In today’s dollars, that guaranteed base wage would be $9.54 an hour.

But the federal minimum wage today is just $7.25 an hour.

Low-wage workers are more than $2 behind where they were when Dr. King declared: “We refuse to believe that the bank of justice is bankrupt. We refuse to believe that there are insufficient funds in the great vaults of opportunity of this nation. So we’ve come to cash this check—a check that will give us upon demand the riches of freedom and the security of justice.”

Congressman Keith Ellison, D-Minn., well noted last year at a celebration of the fiftieth anniversary of the March on Washington that “workers are falling behind.”

“Income inequality threatens our democracy as Jim Crow segregation did in 1963,” explained Ellison, the co-chair of the Congressional Progressive Caucus. “Families are working harder than ever and are still struggling to put food on the table. A full day’s work doesn’t mean a full day’s pay.”

King recognized that wage issues were civil rights issues. “Now our struggle is for genuine equality, which means economic equality,” he told a rally of AFSCME sanitation workers in Memphis on March 18, 1968, barely two weeks before his death. “For we know now that it isn’t enough to integrate lunch counters. What does it profit a man to be able to eat at an integrated lunch counter if he doesn’t have enough money to buy a hamburger?”

And what is the worker who prepares and serves that hamburger being paid?

That’s a question that has been asked frequently over the past year, as thousands of fast-food workers and their supporters have struck, marched and rallied to demand better pay, benefits and workplace protections.

Most Americans are aware that, especially in a weak economy, fast-food restaurant jobs are no longer “entry-level” positions. In chain restaurants across the country, most workers are adults. And substantial numbers of them are trying to support families.

But if they are paid the minimum wage, or even a bit more, they live in poverty.

“Almost one-quarter of all jobs in the United States pay wages below the poverty line for a family of four. CEO compensation, meanwhile, continues to climb. It would take a full-time, minimum-wage worker more than 930 years to earn as much as the chief executive officer of Yum! Brands, which operates Taco Bell, Pizza Hut and KFC, made in 2012,” explains Christine Owens, the executive director of the National Employment Law Project. “Fast-food workers are in the lowest paid occupational category. The median hourly wage for front-line fast-food workers is $8.94 nationally. Many don’t even earn that. A shortage of hours further limits income. Fast-food workers work only 24 hours a week on average—at $8.94 an hour, this adds up to barely $11,000 a year.”

But organizing for better pay for fast-food and retail workers does not just benefit those workers and their families. “We can’t build a strong economy on jobs that pay so little that families can’t live on them,” notes Service Employees International Union President Mary Kay Henry. “Raising the wage floor will make the economy stronger for all of us.”

Indeed, argues Congressman George Miller, the senior Democratic member of the House Education and the Workforce Committee, “Low pay…holds back our recovery from the Great Recession.”

With Iowa’s Tom Harkin in the Senate, Miller is the House author of the Fair Minimum Wage Act (HR 1010), which would increase the federal minimum wage to $10.10 per hour. The rate would then be indexed to inflation, so that pay increases come when prices rise. Additionally, Miller’s bill would increase the required cash wage for tipped workers.

Ultimately, increases must go higher to achieve a living-wage standard. That’s the point made by Seattle City Council member Kshama Sawant, who was elected on a pledge to fight for a $15-an-hour minimum wage and who has gotten officials in that city to begin to explore such a move. Seattle could vote on the issue this year, and Los Angeles and other cities are beginning to talk about going big in the fight against income inequality.

Local and state initiatives are vital, as is the federal fight.

At every level, the struggle for meaningful increases in the minimum wage respects a basic premise that extends from Martin Luther King Jr.’s time to ours: helping those who are disenfranchised, politically and economically, helps all of society.

As Congressman Miller, who carries forward the King legacy of linking jobs and freedom, explains it: “Better pay will put more money into local businesses and spur economic growth. That’s why a living wage is not about asking for a handout. Rather, it’s about valuing work. And it’s about growing the economy from the bottom up by increasing working families’ purchasing power. Americans on today’s picket lines aren’t just standing up for themselves—they are standing up for a stronger America.”

Of all the celebrations of Dr. King’s legacy, few are more appropriate than the struggle—expanding every day, going from strength to strength at the local, state and federal levels—to address income inequality by raising the basic wage for working Americans.

Dr. King put it best, just weeks before his death, when he declared: “Now the problem isn’t only unemployment. Do you know that most of the poor people in our country are working everyday? They are making wages so low that they can not begin to function in the mainstream of the economic life of our nation. These are facts which must be seen. And it is criminal to have people working on a full-time basis and a full-time job getting part-time income.”