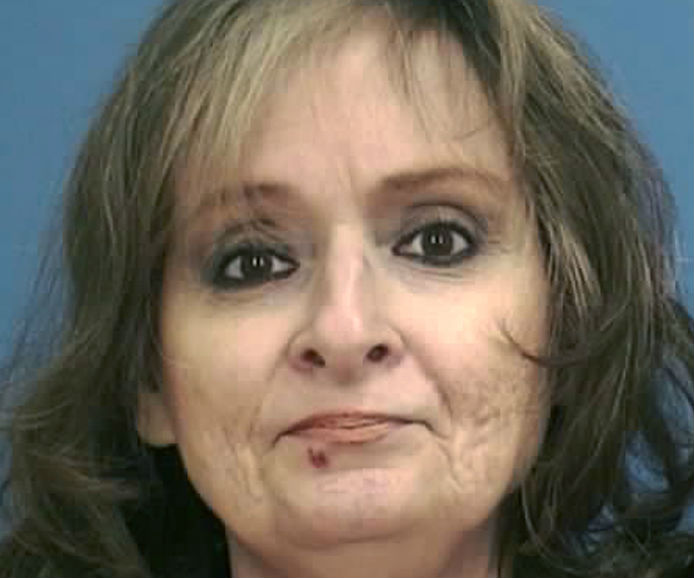 UPDATE (3/28/2014): Michelle Byrom was not executed on March 27. The Mississippi Supreme Court, which has the final word on executions, did not sign off on Attorney General Jim Hood's request for yesterday's execution date. “That means that the court is not going to set a date at this time,” said court spokesperson Beverly Kraft." The court is also reviewing a post-conviction motion, filed by Byrom's attorneys, to review new evidence in her case.

Mississippi could execute a mentally ill woman by lethal injection tomorrow, despite objections from legal experts and advocates saying she did not receive a fair trial, as well as evidence, unseen by the jury during trial, that places her guilt in doubt.

Michelle Byrom, 53, was sentenced to death in 2000 for plotting to murder her abusive husband, Edward Sr. Prosecutors said Michelle masterminded a plan with her son, Edward Jr., and his friend, Joey Gillis, to kill Edward Sr. and collect on his life insurance plan. According to this version of events, the one presented to a jury, Gillis fatally shot Edward Sr. as he slept in his bed on June 4, 1999. Edward Jr. found his dead father and called 911. Questioned by police, he copped to taking part of a conspiracy, orchestrated by his mother Michelle, to murder his father.

As several media outlets—including The Atlantic and the Jackson Free Press—have documented, there are serious holes in that story. The problem is jurors never saw key pieces of evidence casting doubt on Michelle’s guilt, including letters penned by her son confessing to the crime. On top of that, Michelle’s attorneys made several errors throughout her trial that had detrimental consequences on her fate.

Here’s a rundown of the most troubling aspects of Michelle’s case:

Michelle’s son Edward Byrom Jr. confessed multiple times to killing his father. The jury did not hear any of these confessions.

On four different occasions, Edward Jr. confessed that he, not Gillis, pulled the trigger on his father. Three of these confessions came by way of jailhouse letters, smuggled to his mother as she sat on death row. In one letter, Edward Jr. writes that he shot Edward Sr. in a fit of rage after his father hurled insults at him:

I sit in my room for a good 1 1/2-2 hours, and dad comes in my room, and goes off on me, calling me bastard, nogood, mistake, and telling me I'm inconciderate [sic] and just care about my self, and he slaps me, then goes back to his room.

As I sat on my bed, tears of rage flowing, remembering my childhood my anger kept building and building, and I went to my car, got the 9mm, and walked to his room, peeked in, and he was asleep. I walked about 2 steps in the door, and screamed, and shut my eyes, when I heard him move, I started firing. When I opened my eyes again, I freaked! I grabbed what casings I saw, and threw them into the bushes, grabbed the gun, and went to town.

Edward Jr. also admitted to killing his father in a statement given to a court-appointed psychologist. Trial judge Thomas Gardner, who sentenced Michelle to death, was made aware of this statement, according to the Jackson Free Press. But Gardner did not disclose the statement to jurors and also did not permit the confessional letters to be entered into evidence.

One of the key pieces of evidence presented at trial was a statement from Edward Jr. to police. In that statement, Edward Jr. laid out a conspiracy to kill his father, supposedly orchestrated by his mother Michelle and executed by his friend Gillis. But in a letter, Edward Jr. says he completely made up that story:

I was so scared, confused, and high, I just started spitting the first thought out, which turned into this big conspiracy thing, for money, which was all BS, that's why I had so many different stories.

This letter was not presented to jurors as evidence.

Michelle Byrom had a long history of enduring sexual and domestic abuse. Her stepfather sexually abused her as a child and forced her to work as a prostitute. She entered her relationship with Edward Byrom when she was fifteen years old. He was thirty-one. According to court affidavits, Edward Sr. physically abused his wife and forced her to have sex with other men while he videotaped.

Dr. Keith A. Caruso, a psychiatrist who evaluated Michelle, linked her history of abuse to a long list of mental disorders that caused selfdestructive behavior. Caruso diagnosed her with depression, alcohol dependence, Borderline Personality Disorder and Münchausen syndrome. He wrote in a post-trial affidavit:

If I had been called to testify at the penalty phase of Michelle Byrom's trial, I would have offered the opinion that…she was inclined to harm herself and act in a self-defeating manner, so that she was psychologically unable to leave the abusive relationship with her husband.

Byrom’s attorneys mentioned her history with abuse and mental illness in their opening statement, but never called on Caruso to testify, believing his testimony would be more effective during an appeal.

Michelle’s legal team, trying their first capital murder case, advised her to waive her right to a jury sentencing, erroneously assuming that it could be unconstitutional. That left her fate up to Judge Gardner, who sentenced her to death.

Michelle appealed to the state Supreme Court in 2006, on grounds that her attorneys were incompetent. The court rejected her appeal five to three. Dissenting Justice Jess Dickinson wrote, “I have attempted to conjure up in my imagination a more egregious case of ineffective assistance of counsel during the sentencing phase of a capital case," wrote in his dissent. "I cannot.”

It's unclear whether that will happen. What's clear is Michelle's advocates have laid out a compelling case that her trial was not carried out fairly. On top of that, key evidence suggests she could be innocent. An editorial, published in the Jackson Free Press last week, made clear what's at stake: “To execute Michelle Byrom for a crime that she did not commit would be one of the worst miscarriages of justices in modern Mississippi history."