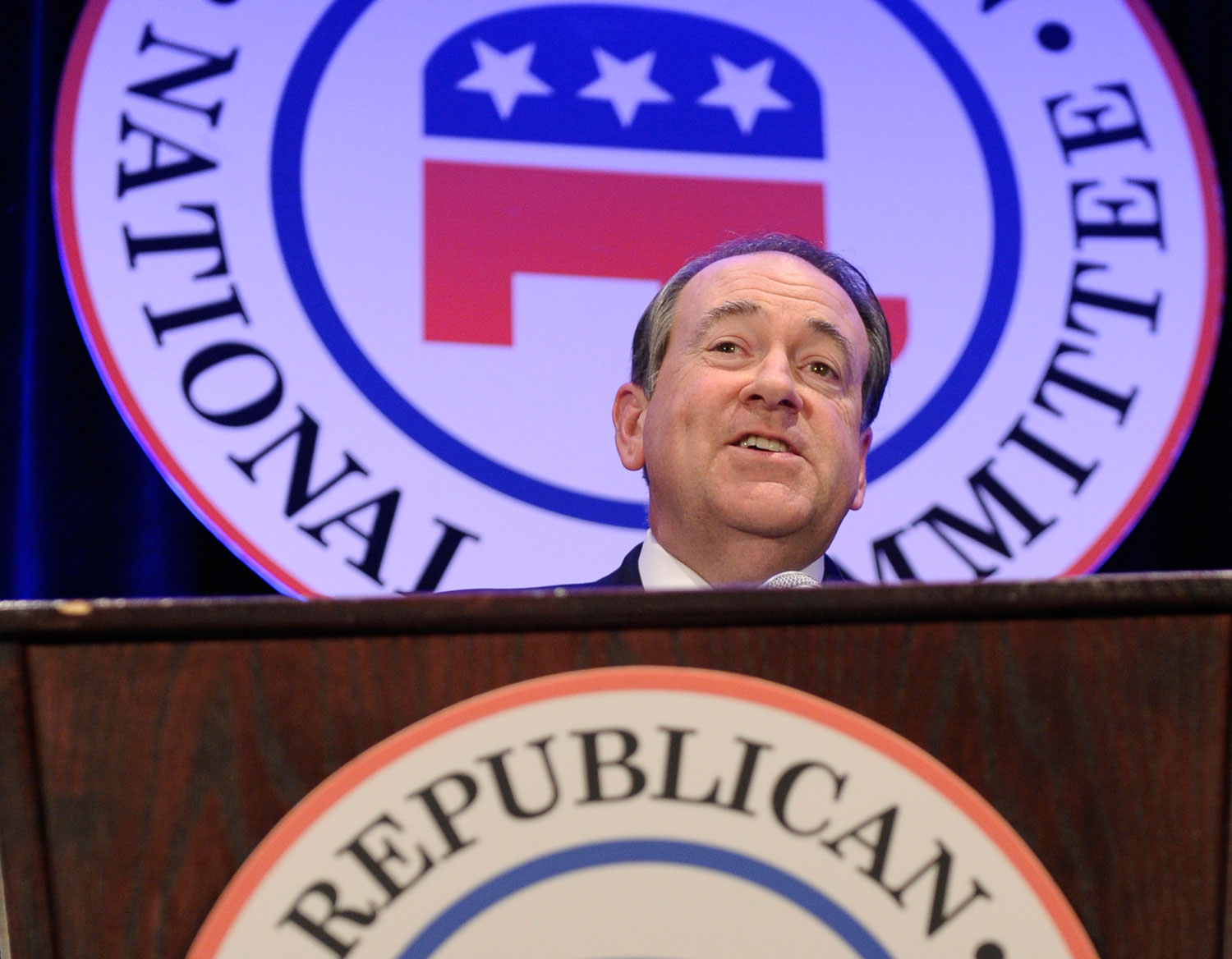 Mike Huckabee is a predictably extreme conservative on a host of social issues. But on a number of economic issues, he is something of a populist.

That combination makes him a much more serious contender for the 2016 Republican presidential nomination than much of the media—and even some of his fellow candidates in the race he entered Tuesday—might imagine. This does not mean that the former governor of Arkansas and failed 2008 Republican presidential prospect will be the 2016 nominee of his party. In all likelihood, he’ll fail again. But he might take some other Republicans down with him.

The great balancing act of the Republican Party in recent decades has been to get socially conservative people who are not all that wealthy to abandon their economic self-interest and vote for candidates who openly advocate for trade policies that eliminate jobs, oppose efforts to address wage stagnation and have no real problem with an ever-expanding pattern of income inequality.

Working-class and middle-income Americans who passionately oppose abortion rights and marriage equality but who might want to keep their jobs and Social Security usually find themselves in a bind. As Republicans, they can choose from plenty of candidates who promise to prevent loving couples from getting married. But those same candidates are likely to put a lot of jobs and all of Social Security at risk.

Except, perhaps, with Huckabee.

No, Huckabee is not some Republican Franklin Delano Roosevelt or Bernie Sanders. He doesn’t even qualify as a moderate on most economic issues. But within the Republican Party as it has been reconstructed by House Ways and Means Committee chair Paul Ryan and his minions—as a battering ram for austerity policies and the unapologetic redistribution of wealth upward—Huckabee is an outlier, in that he at least tries to distance himself from the overt politics of plutocracy.

Consider Huckabee’s response several weeks ago to the various Ryan-lite proposals to mess with Social Security and Medicare.

Huckabee said his answer to the schemes was “not just no, it’s you-know-what no.”

“I don’t know why Republicans want to insult Americans by pretending they don’t understand what their Social Security program and Medicare program is,” he said, ripping into proposals to raise the retirement age and otherwise undermine benefits.

While leading GOP contenders such as former Florida Governor Jeb Bush and Wisconsin Governor Scott Walker have indicated an interest in mangling so-called “entitlement programs” as part of a broader austerity agenda—and New Jersey Governor Chris Christie is making specific Ryan-like proposals—Huckabee says, “That’s not a reform. That’s some kind of proposal that Republicans need to embrace because what we are really embracing at that point is we are embracing a government that lied to its people—that took money from its people under one pretense and then took it away at the time they started wanting to actually get what they have paid for all these years.”

Republican leaders in Congress want to “fast-track” President Obama’s sweeping Trans-Pacific Partnership agreement, even thought critics decry it as “NAFTA on steroids.” Candidates such as Bush and Walker have histories of repeating Wall Street talking points when it comes to trade policy. But Huckabee says of the TPP: “If it’s not fair trade, it’s not free trade.” And he gripes that trade policies seem to be written in the interest of multinational corporations as opposed to working Americans, arguing that “We have a lot of globalists and frankly corporatists instead of having nationalists who put forward the best interests of the United States and working families.”

Huckabee even has an occasional kind word for organized labor. He’s no friend to public-sector unions, often engaging in the same wrongheaded rhetoric as other Republicans. But he admits that private-sector unions “have actually provided some decent check and balance to jobs and businesses.”

In 2008, when he sought the Republican nomination, Huckabee told a GOP forum: “The real fact is, unions are going to take a more prominent role in the future for one simple reason: A lot of American workers are finding that their wages continue to get strapped lower and lower while CEO salaries are higher and higher. And the reality is that when you have the average CEO salary 500 times the average worker, and you have the hedge fund manager making 2,200 times that of the average worker, you’re going to create a level of discontent that’s going to create a huge appetite for unions. So unions are the natural result of workers finally saying, ‘Look, I can’t go from a $70,000-a-year job to a $15,000-a-year job and feed by family of four.’ That’s when unions are going to come back in roaring form.”

That’s a far cry from the aggressive union-bashing of many of the Republican contenders, particularly Walker, who recently signed an anti-labor “right-to-work” law, regularly rips on union leaders and in February said the experience of wrangling with union families in Wisconsin had prepared him to tackle ISIS. “If I can take on 100,000 protesters,” declared the candidate who frequently tops GOP polls. “I can do the same across the globe.”

Walker’s clownish labor bashing has earned criticism even from conservatives, who have referred to the ISIS line as “a terrible response.” And it undoubtedly made socially conservative Republicans who are union members uncomfortable. But they have not had much in the way of an alternative, until now.

Serious social conservatives aren’t going to get excited by Bush. But Walker has made a big play for evangelical votes—especially in Iowa.

The trouble for Walker is that Huckabee, who won Iowa in 2008, has maintained close ties to many of the evangelicals Walker needs. That’s what makes Huckabee a threat to the Wisconsinite and to other contenders who are more in touch with hedge-fund managers than with hog farmers.

For Bush, divisions on his right flank are always good news. And the news gets even better if those divisions stall Walker’s progress.

But Bush should be careful what he hopes for. If Huckabee displaces pretenders such as Walker, he’ll be in the race for a good long time. That means that Bush will have to deal with a challenger who reminds Americans—well into 2016—that Bush is anything but a man of the people.

Mike Huckabee, talk-show host and best-selling author, isn’t much more of a man of the people.

Truthfully, he isn’t all that much of an economic populist. But he is enough of one to stand out from the “Wall Street can do no wrong” Republicans he is running against. And if the man from Arkansas offers working-class evangelicals in states such as Iowa the right combination of social conservatism and support for Social Security and fair trade, he could prove that even Republicans are sick of austerity.

That won’t make him the nominee. But it could prevent other candidates from being nominated. And it could leave the eventual nominee battered and bruised by the new populist politics of 2016.