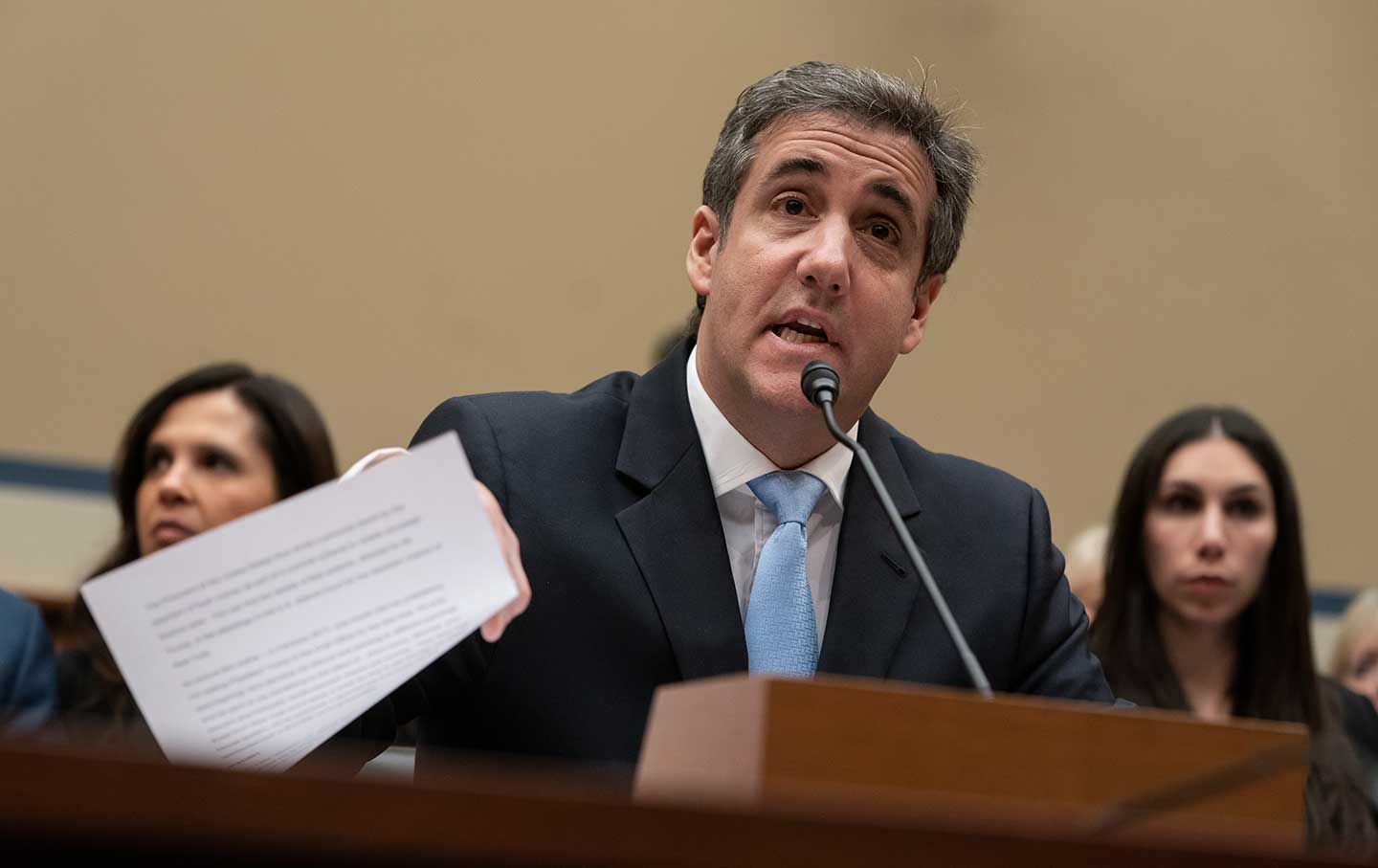 In the most damning testimony by a close associate of a sitting president since former White House counsel John Dean turned against Richard Nixon, Michael Cohen used his appearance before the House Oversight and Reform Committee to paint a devastating portrait of Donald Trump as a “con man,” “racist,” and “cheat.”

The former personal counsel to the president confirmed much of what Trump’s critics already knew. But his primary contribution was a sense of clarity regarding just how much trouble his former boss is in. We now have a dramatically clearer view of how this lawless president will be held to account. For those who have focused exclusively on the probe by Robert Mueller into Russian interference in the 2016 election, Cohen’s testimony may have been something of a revelation—one that opened new vistas of potential reckoning for Trump and his associates.

The Mueller probe matters in profound and, for the president, potentially ruinous ways, which is why the special counsel’s report must be made public upon its release: Its key findings will probably require follow-up by Congress and the courts. But as former New Jersey governor Chris Christie noted on CNN after Cohen’s testimony, “Bob Mueller is not what should concern the president or the White House. That would be the [US Attorney’s Office for the] Southern District of New York.” Christie, a former federal prosecutor who famously sent Jared Kushner’s father to prison, is no paragon of ethics or virtue himself. But in this case, he’s correct: Unlike the Mueller probe, investigations by federal prosecutors are not limited in scope, and, as Christie pointed out, Cohen and former Trump deputy campaign chairman Rick Gates appear to be serving as “tour guides” into Trump’s “business and personal life.” (Indeed, Cohen testified that he was in “constant contact” with Southern District prosecutors “regarding ongoing investigations.”) Journalist Garrett Graff has argued that the activities described by Cohen resemble the kind that have resulted in successful prosecutions under the Racketeer Influenced and Corrupt Organizations Act—something that the Southern District perfected in its fight against organized crime under former US attorney Rudy Giuliani, Trump’s current lawyer.

Ultimately, however, what Cohen’s testimony confirms is something that a number of us have been saying from the start of Trump’s tenure: The most important venue for holding the president to account must be Congress. Its work may be informed by the Mueller report or the investigations of federal prosecutors. But it must proceed from an understanding of the constitutionally dictated duty of the legislative branch to check and balance the executive. 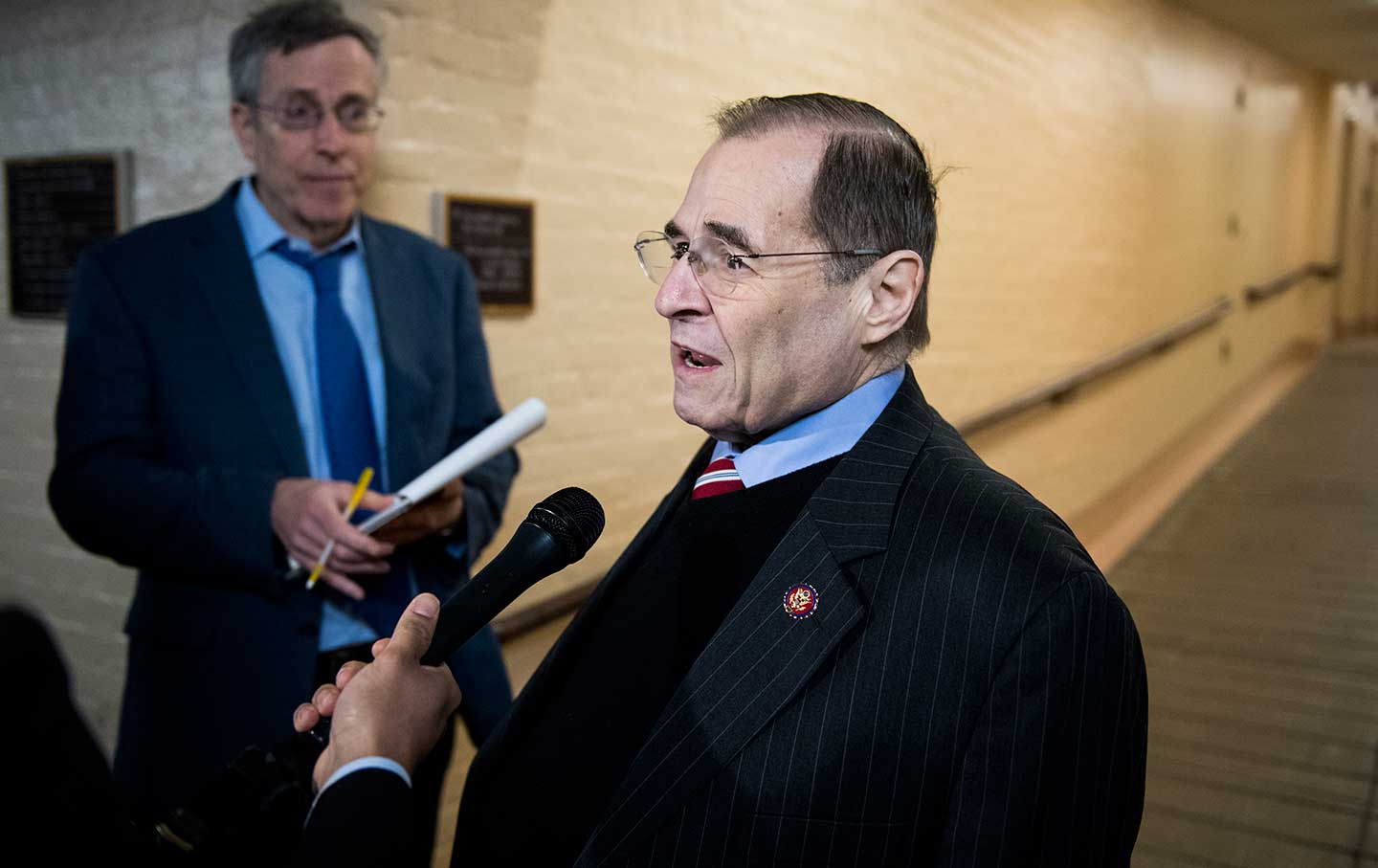 The Process of Holding Trump Accountable Has Finally Begun

During the first two years of Trump’s presidency, the GOP-controlled Congress impeded even the most tepid inquiries. Now the Democrats are in charge of the House, and on the case. “The American people voted for accountability in November,” explained Oversight Committee chair Elijah Cummings. “Mr. Cohen’s testimony is the beginning of the process—not the end.”

House Judiciary Committee chair Jerry Nadler took the next step when he announced that “we will be issuing document requests to over 60 different people and individuals, from the White House to the Department of Justice, Donald Trump Jr., [and Trump Organization chief financial officer] Allen Weisselberg, to begin the investigations to present the case to the American people about obstruction of justice, corruption, and abuse of power.”

On ABC’s This Week, Nadler said that Cohen’s testimony had heightened the sense of urgency on Capitol Hill: “He directly implicated the president in various crimes, both while seeking the office of president and while in the White House.”

Yet Nadler is not getting ahead of himself. “Impeachment is a long way down the road,” he said. “We don’t have the facts yet, but we’re going to initiate proper investigations.” These inquiries will examine potentially impeachable offenses, including violations of campaign-finance law and other election-related abuses. Nadler said that “seeking [to] sabotage a fair election would be an impeachable offense.” He also said, “It’s very clear that the president obstructed justice…. He tried to protect [his first national-security adviser, Michael] Flynn, from being investigated by the FBI. He fired [FBI director James] Comey in order to stop the ‘Russian thing,’ as he told NBC News.” And Cohen’s testimony could now invite inquiries into subornation of perjury, bank and insurance fraud, tax evasion, and money laundering.

Holding Trump to account will not be easy. Investigations and hearings must be held. Witnesses must be subpoenaed. Some measure of consensus must be achieved. But make no mistake: The House that once shielded President Trump is now in the process of uncovering his high crimes and misdemeanors.