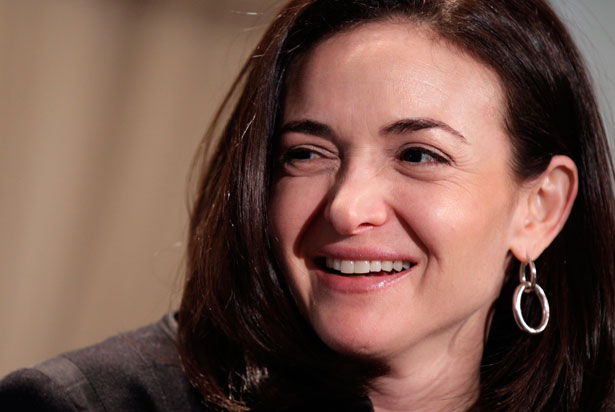 In an essay for Foreign Policy, Rosa Brooks writes that she hates Sheryl Sandberg. Not because she has nice hair or is wealthy, but because she has urged women to “lean in” to their work. Brooks describes taking this advice, leaning in to every opportunity inside and outside the workplace, and ending up utterly exhausted and, in her words, miserable. After briefly contemplating a move to Santa Fe to make crafts for a living, she says she came to an epiphany: “Ladies,” she writes, “if we want to rule the world—or even just gain an equitable share of leadership positions—we need to stop leaning in. It’s killing us.” She declares there has to be “a movement” and her rallying cry is thus: “Women of the world, recline!”

But targeting women with that battle cry isn’t going to bring about the transformation that she craves. The problem is that too many women already lean out—and that far too few men do the same. We need to start by asking men to recalibrate if we’re going to revolutionize the workplace.

Brooks has put her finger on something important: asking women to lean in in today’s world is a bit like asking Atlas to help you move in to a five-floor walk-up. Americans work too much, plain and simple. A Harvard Business School survey of professionals found that 94 percent work fifty hours or more a week, and nearly half put in more than sixty-five hours a week. Out of thirty-three developed countries, Americans are eleventh in how many hours they put in each year, beating out Japan, Germany and plenty of other developed peers.

Brooks also nails it when she notes that “in a world in which leaning in at work has come to mean doing more work, more often, for longer hours, women will disproportionately drop out or be eased out” given that they are “still expected to work that ‘second shift’ at home.” Women are no longer waiting at home with dinner cooked, house cleaned and a cocktail at hand—nearly half of all families have two working parents, and another quarter have a single working one. But someone still has to cook that dinner and clean the house, not to mention watch the kids when they’re home from school or, if they’re infants, all day long.

And that someone is still by and large a woman. Men have upped their share of the chores—they now spend seven hours a week on childcare and ten on housework, up from just two and a half and four hours, respectively, in 1965—but women still spend twice as much time with children as fathers do, and they now put in more hours on that task than the 1960s woman.

Given this contradiction—putting in more hours in the office while still doing the bulk of the work at home—many women already lean out. Nearly a quarter of married mothers don’t work so they can stay home, compared to less than 1 percent of fathers. Fewer women have been entering the labor force, in fact, because of our pathetic workplace policies. In 1990, American women’s labor force participation rate was 74 percent, which netted us a sixth-place rank among twenty-two developed countries. Two decades later, that percentage has only increased to 75.2 percent, while the other countries are at nearly 80 percent—dropping us to number seventeen.

Women are also more likely to change the arc of their careers to take children or other caregiving into account. They are more likely to go part time and cut back on hours—more than 40 percent of women with children have reduced their hours to care for someone, compared to 28 percent of fathers.

Telling women to lean out, then—not to take every opportunity, be aggressive and aim for the top—is not revolutionary. It’s what many women either choose to do or are forced to do in the face of a workplace that has yet to come to grips with the idea that workers have lives outside of the office that need tending to.

What would be revolutionary, on the other hand, would be to target men and, while women are leaning in, ask them to lean out. That would mean men cutting back on their hours, going part-time, telecommuting and otherwise adjusting their jobs to focus on things outside of work. Then they could spend even more time with children—something 46 percent wish they could do—as well as relax in a La-Z-Boy recliner, something Brooks longs for. Her movement begins with women and “bring[s] our husbands and boyfriends and male colleagues along, too,” but it needs to flow in the opposite direction. Men have to lean out before women can relax more without sacrificing something.

But we don’t just have to ask men kindly that they please stop working so much and wait for them to comply. There are policies that could reduce everyone’s work hours and make leaning out gender neutral. One small step would be to change our overtime rules so that more workers have to be paid time and a half when they put in more than forty hours a week, thus re-normalizing the nine-to-five work day. We need to pass far more paid leave policies. A much broader change, though, would be to simply cap work hours. That may sound crazy, but it’s illegal for an employer to make workers put in more than forty-eight hours a week in six of the top ten most competitive countries. Somehow, we need to make more time for children, friends and reclining chairs.