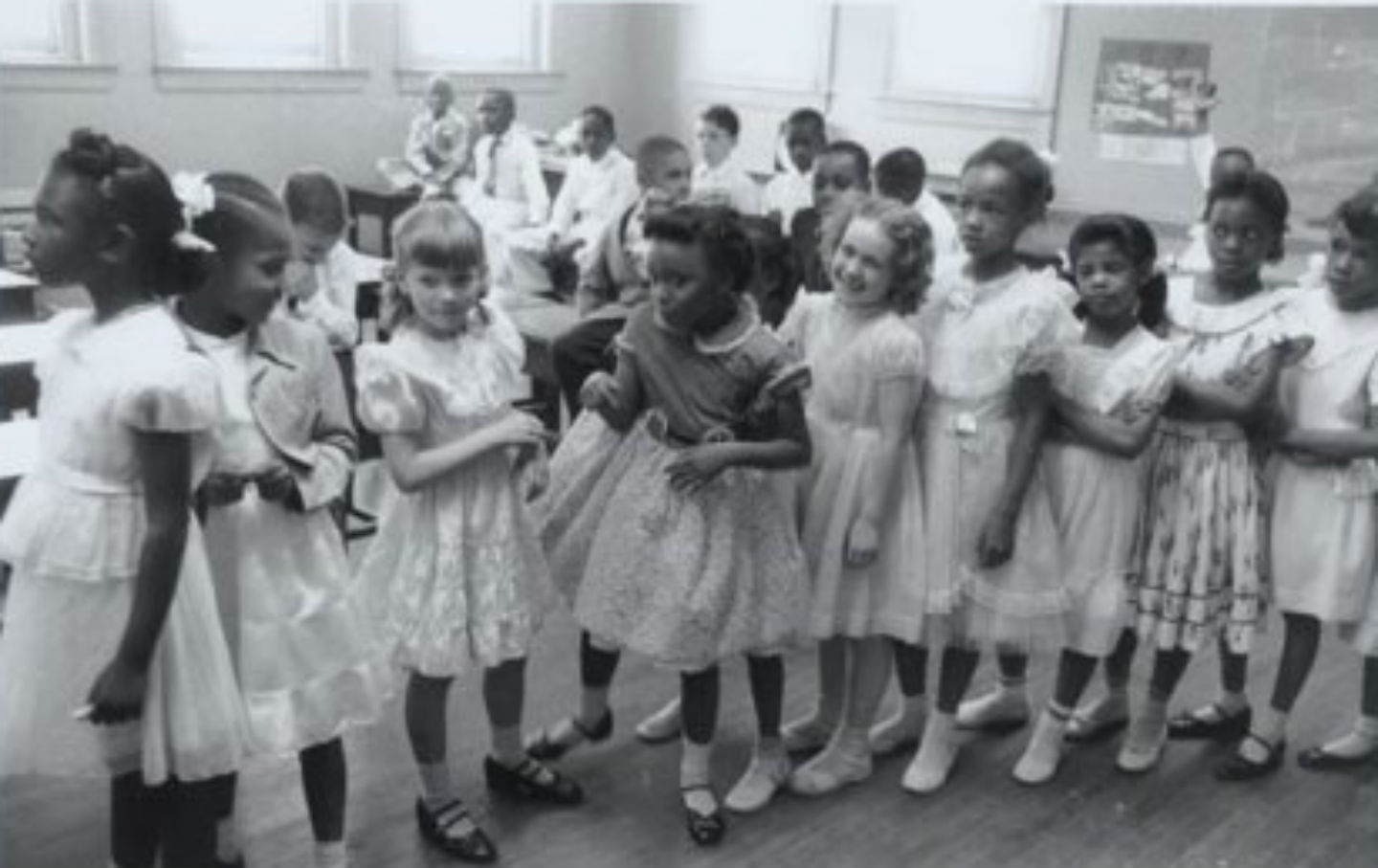 Schoolchildren at the integrated Barnard School in Washington, D.C., in 1955, a year after the Brown v. the Board of Education. (Library of Congress)

The Nation greeted the Court’s decision with unalloyed jubilation. Carey McWilliams, who would become editor the following year, wrote an editorial titled “The Climax of an Era” (May 29, 1954), positing that Brown v. Board of Ed. represented an important counterpoint to the prevailing McCarthyite conservatism of the times. True to its mission of reporting the important news before it happens rather than after, The Nation had been watching the case for some time. The previous autumn, a young Bernard Crick, later a political theorist and biographer of George Orwell, had traveled through the South and reported his findings in The Nation. The Court’s expected decision in Brown, he predicted, “will touch the region in its most sensitive spot.” That would prove to be a vast understatement.

The decision was especially welcome at this time since it enabled us and our friends abroad for the first time in some years to be equally and simultaneously enthusiastic about an important announcement from Washington. The decision was a fine antidote to the blight of McCarthyism and kindred fevers….

The reception which has been accorded the court’s decision should be taken as a guide to policy. For it demonstrates once again the measure of unity and confidence and pride that can be aroused whenever unqualified expression is given to the individual and social values to be found in the Constitution and the Bill of Rights. Fortunately we continue to redeem, often after costly delays and protestations, the promises to which we can now add, by current conviction.