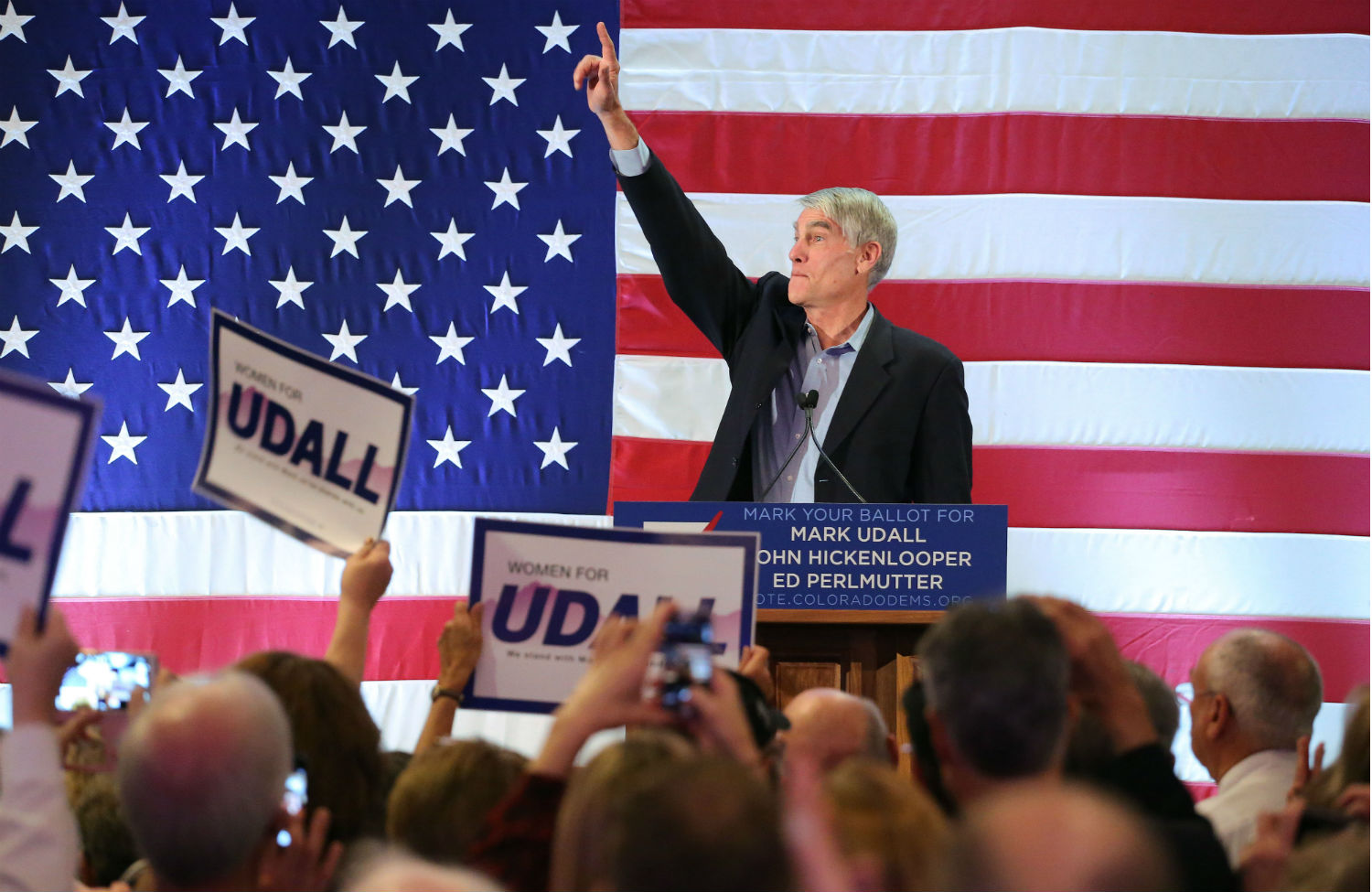 In June of 2014, Senators Mark Udall, Ron Wyden and Rand Paul offered a rare show of election-year unanimity when they penned a joint statement arguing that “it is more important than ever to let Congress and the administration know that Americans will reject half-measures that could still allow the government to collect millions of Americans’ records without any individual suspicion or evidence of wrongdoing.”

Udall and Wyden, both Democrats, and Paul, a presumed contender for the 2016 Republican presidential nomination, declared, “It is time to end the dragnet—and to affirm that we can keep our nation secure without trampling on and abandoning Americans’ constitutional rights.”

Essential to that initiative, the senators suggested, is “a groundswell of public support for reform.”

Just five months later, the strength of that groundswell will be tested in Colorado. Udall, the senior senator from that state, is in the fight of his political life with Republican Congressman Cory Gardner. It’s a brutal, high-stakes battle, and polls suggest Gardner has a slight advantage.

If Udall loses, “it would be a significant loss for the movement” to hold the NSA to account and to renew the privacy rights of Americans, says Laura Murphy, who heads the Washington office of the American Civil Liberties Union.

“What Udall has is the institutional memory, and the relationships in the civil liberties community, in the Democratic Party and in the tech industry so that we don’t have to start over again with someone new,” Murphy told The Hill, which has highlighted concerns about what losing Udall would mean to the fight to restrain the NSA.

Constitution Project senior counsel Scott Roehm summed those concerns up when he said, “Were Senator Udall to lose, I think he would be sorely missed. He was one of the earliest voices for meaningful surveillance reform even before the Snowden leaks.”

Why so much concern about one senator?

It has a lot to do with the courage and consistency of Udall’s objections to NSA abuses. The Colorado senator has been a genuine watchdog: calling for Central Intelligence Agency director John Brennan to resign after it was revealed that CIA operatives had been spying on the communications of Senate staffers, challenging his colleagues to establish effective oversight of intelligence agencies, demanding meaningful checks and balances and criticizing President Obama for failing to end the excesses of the Bush-Cheney era.

“Mass collection of our phone and Internet records started under a Republican president, continued under a Democratic one. I won’t tolerate it,” Udall tells voters. “As Coloradans, our rights include the freedom to be left alone.”

This willingness to defend privacy rights against abuses—no matter who is in power—distinguishes Udall and only a handful of others in the Senate. That’s why a writer for Reason magazine, the country’s essential libertarian publication, observed last week that a Udall loss “could be grim news for civil libertarians hoping to rein in the NSA.”

Grim news, indeed. So grim that it raises the question: Shouldn’t the preservation of Fourth Amendment protections be a high enough priority that responsible Republicans might want to put partisanship aside and defend a senator who has emerged as an essential advocate for the Bill of Rights? Shouldn’t Rand Paul be speaking up for Udall—if not with an explicit cross-party endorsement then at least with an acknowledgement of the principled positions taken by the senator from Colorado? Shouldn’t civil libertarians from across the poitical and ideological spectrums, Democrats and Republicans, Greens and Libertarians, recognize that the Colorado race is not just another contest in the jockeying for control of the Senate?

The idea of putting aside petty partisanship in order to speak up for a principled senator is not some radical new notion. In the 1960s, Oregon Democratic Senator Wayne Morse said he intended to vote for Oregon Republican US Senate candidate Mark Hatfield because they shared strong opposition to the war in Vietnam. In the 1990s, Arizona Senator John McCain, a conservative Republican, made no secret of his regard for progressive Senator Russ Feingold, D-Wisconsin, because of their shared commitment to campaign finance reform.

The Fourth Amendment has too few defenders. Feingold, the sole senator to oppose the Patriot Act in 2001, was defeated in the Republican “wave” election of 2010. Now, the prospect of another Republican “wave” threatens Udall. Those who recognize that privacy rights must be preserved must recognize that the threat is not just to Udall but to the cause of the Constitution.