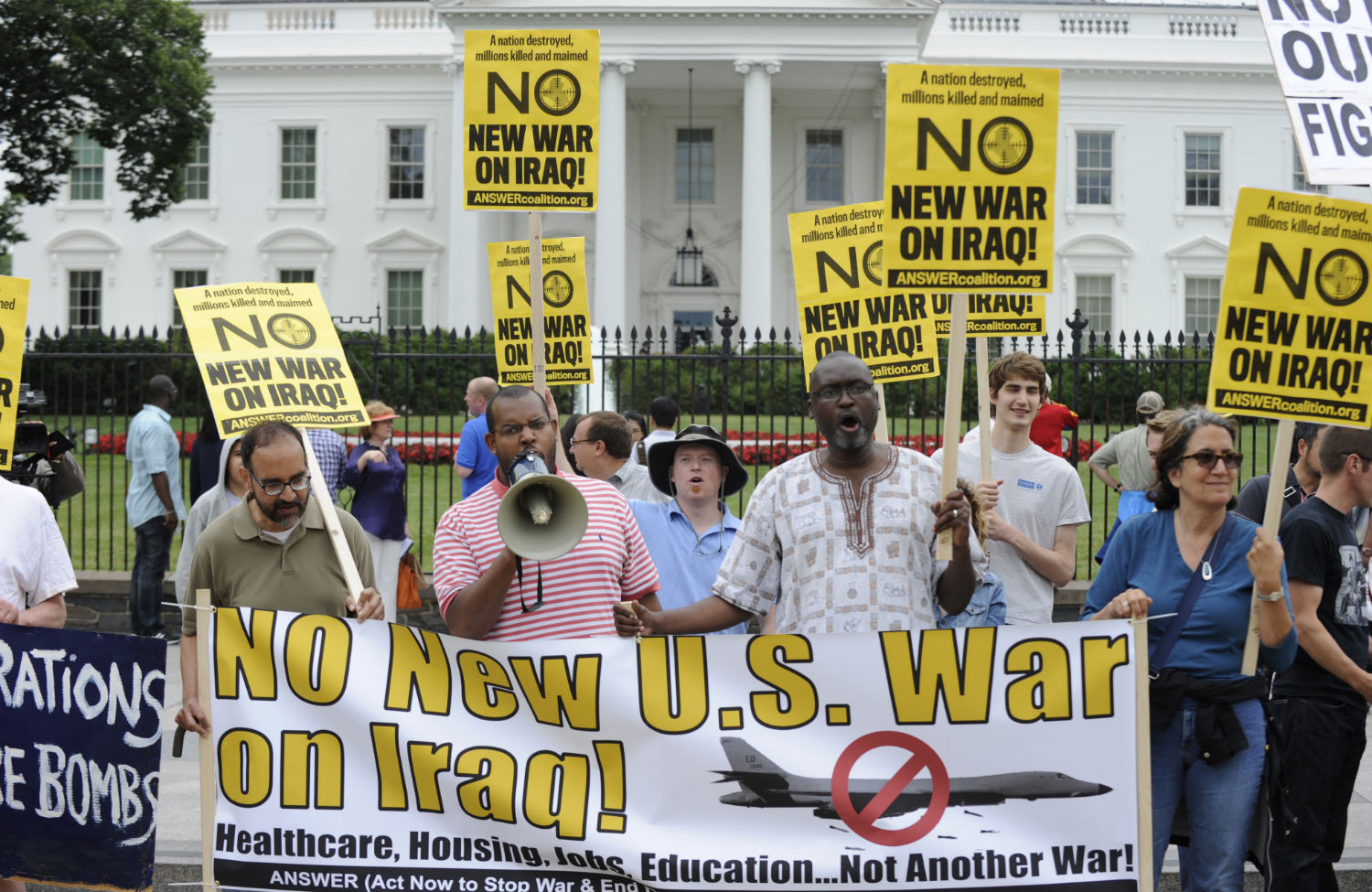 Protestors outside of the White House in the run up to the decision to go to war in Iraq in 2003, this time to overthrow Saddam Hussein as president. (AP Photo)

The beginning of the second war against Iraq was a horrible moment for the country, but, truth be told, a clarifying moment for The Nation. Rarely in 150 years has it likely ever been clearer what was the right side of a public issue for the magazine to take. Unburdened, by that point, from the task of reiterating time and again “The Case Against the War”—the title of a brilliant Jonathan Schell essay from early March 2003, excerpted in our forthcoming anniversary issue—the magazine could focus on the broader implications of the “American Tragedy.” Schell’s piece of that title ran in the Nation of April 7, 2003.

The decision to go to war to overthrow the government of Iraq will bring unreckonable death and suffering to that country, the surrounding region and, possibly, the United States. It also marks a culmination in the rise within the United States of an immense concentration of unaccountable power that poses the greatest threat to the American constitutional system since the Watergate crisis. This transformation, in turn, threatens to push the world into a new era of rivalry, confrontation and war. The location of the new power is of course the presidency (whose Augustan proportions make the “imperial” presidency of the cold war look like a mere practice run). Its sinews are the awesome might of the American military machine, which, since Congress’s serial surrender of the constitutional power to declare war, has passed wholly into the President’s hands. Its main political instrument is the Republican Party. Its financial wherewithal is the corporate money that inundates the political realm. Its strategy at home is restriction of civil liberties, deep secrecy, a makeover in its image of the judiciary, subservience to corporate interests across the board and transfer of personal wealth on a colossal scale from the average person to its wealthy supporters. Its popular support stems from fear engendered by the attacks of September 11—fear that has been manipulated to extend far beyond its proper objects. Its overriding goal, barely concealed behind the banner of the war on terrorism, is the accumulation of ever more power, whose supreme expression is its naked ambition to establish hegemony over the earth.