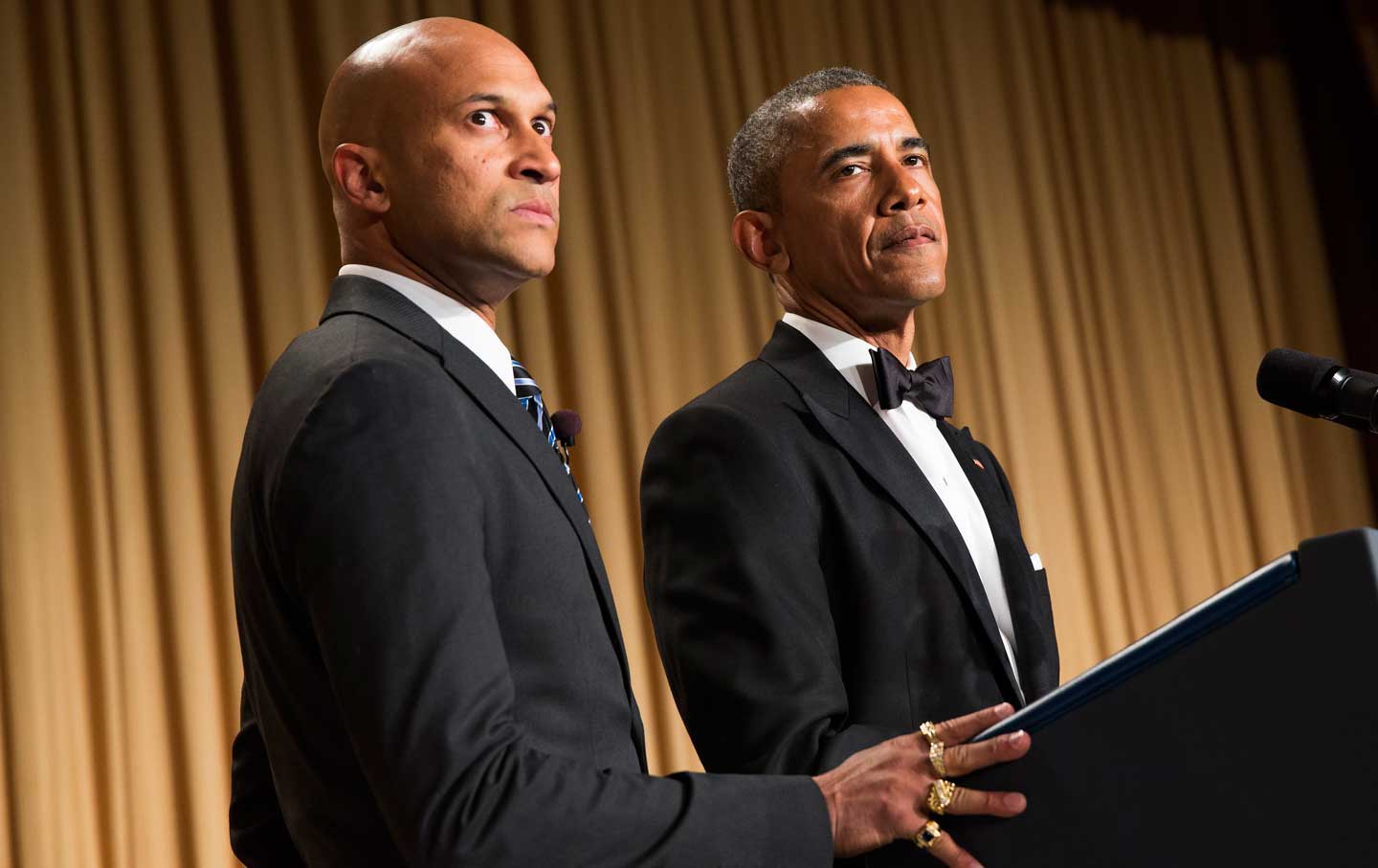 Many of President Obama’s fans loved the part of Wednesday’s press conference on the Iranian nuke deal where he dispensed with any need for Luther the anger translator in dealing with the Washington press. Who among us does not enjoy seeing mainstream media stars like Jonathan Karl intellectually overridden, or Major Garrett verbally demoted to Corporal Troll?

But Obama’s impatience with the stagecraft of the White House press conference went beyond a media-celebrity spanking to hint at a long-overdue rhetorical change. Instead of trimming his arguments to accommodate opposing talking points, Obama seemed to abandon the Clintonian triangulation that’s been strangling Democrats for a quarter of a century to directly push back against the buried assumptions that tilt Beltway opinion to the right.

The Iran deal itself, a painstaking international negotiation that involves far more moving parts than even the Republican presidential field, all but demanded this change in strategy anyway. Quibblers about the agreement, Obama pointed out, seemed to prefer war to peace. To defend the deal, he had to elevate discussion to this meta level. Obama repeatedly asked the press to give him their best shot, so he could more decisively knock down the rote talking points.

ABC’s Karl, for example, kicked off the presser by asking if it gives Obama “pause that that Syrian dictator Assad” and “those in Tehran who still shout ‘death to America’” are praising the deal and “yet our closest ally in the Middle East calls it a mistake of historic proportions?” (Karl ignored the Iranian wags who were shouting, brilliantly: “Death to no one! Long live life!”) Obama replied:

It does not give me pause that Mr. Assad or others in Tehran may be trying to spin the deal in a way that they think is favorable to what their constituencies want to hear. That’s what politicians do, and that’s been the case throughout….

Well, now we have a document. So you can see what the deal is. We don’t have to speculate. We don’t have to engage in spin. You can just read what it says and what is required. And nobody has disputed that as a consequence of this agreement, Iran has to drastically reduce its stockpiles of uranium, is cut off from plutonium, the Fordow facility that is underground is converted, that we have an unprecedented inspections regime, that we have snap-back provisions if they cheat.

And on and on he went, explaining patiently that ultimately the only alternative to diplomacy is war, and answering the most common complaints about the deal:

Now, you’ll hear some critics say, “Well, we could have negotiated a better deal.” OK. What does that mean? I think the suggestion among a lot of the critics has been that a—a better deal, an acceptable deal would be one in which Iran has no nuclear capacity at all, peaceful or otherwise. The problem with that position is that there is nobody who thinks that Iran would or could ever accept that, and the international community does not take the view that Iran can’t have a peaceful nuclear program. They agree with us that Iran cannot have a nuclear weapon.

And then there was CBS’s Major Garrett, who asked a question about the American citizens currently imprisoned in Iran on what are widely considered to be trumped-up charges: “Can you tell the country, sir, why you are content—with all the fanfare around this deal—to leave the conscience of this nation and the strength of this nation unaccounted for in relation to these four Americans?”

Awkward phrasing, but the Fox-like insinuation came right through.

“The notion that I am content as I celebrate with American citizens languishing in Iranian jails—” Obama said, sarcasm dripping. “Major, that’s nonsense. You should know better.”

Obama went on to argue that though his administration is working daily to free the four Americans, tying their release directly to the nuclear deal would give the Iranians more power to demand concessions (the sort that the right would no doubt call appeasement of historical proportions).

Garrett later claimed, with even more awkward phrasing, that we didn’t hear what we thought we heard: “My question did not suggest that he’s content with the captivity of those four Americans. My question was about the contentment, or the satisfaction, or the realization that it was necessary within the context of this deal to leave them unaccounted for,” he said. “Clearly it struck a nerve. That was my intention.”

Of course, the right will loudly ignore whatever they don’t want to hear. Gretchen Carlson and Ed Henry later complained on Fox that Obama said the deal is not contingent on Iran changing its behavior. That’s true—he repeatedly, patiently explained that this deal does one thing and one thing only: prevent Iran from getting a nuclear weapon. There could be no such deal if Iran were required to recognize Israel, or give up its religious government, or change its name to “Dufustan.” Not creating a bomb is the only Iranian action that unites the world community in opposition, and it took four years of difficult-to-impose sanctions to wring this much from their government.

It’s the way that Democrats respond to the deal that’s potentially most significant. Would a President Hillary Clinton, who had so famously scorned candidate Obama for suggesting he’d talk with Iran without preconditions, have pushed for such a deal?

The Neo-Dem idea is always to accept the premise of Republican attacks in order to “moderate” their impact. In signing the Defense of Marriage Act, for example, Bill Clinton accepted that gay marriage is beyond the pale. Weaving and bobbing in this way has real effects. Earlier this week, Bill himself admitted that the crime bill he signed into law in 1994 made our mass incarceration problem much more horrendous. Hillary, of course, voted for George Bush’s disastrous Iraq war. Former Clinton aides like Erskine Bowles spent years pretending that Alan Simpson was more than a mailbox-shooting kook on the national debt, hamstringing our response to the financial collapse of 2008. And who can forget that Obamacare is really Romneycare and not Medicare for All?

The gap between Beltway conventional wisdom (like the conviction in DC that ending the embargo on Cuba is a really bad thing) and popular opinion (overwhelming majorities approve of normalizing relations with Cuba) has stretched conservative doctrine paper-thin. The real thrill in Obama’s press conference was his refusal to triangulate on a critical issue. That’s a kind of prison that Democrats have incarcerated themselves in for far too long.