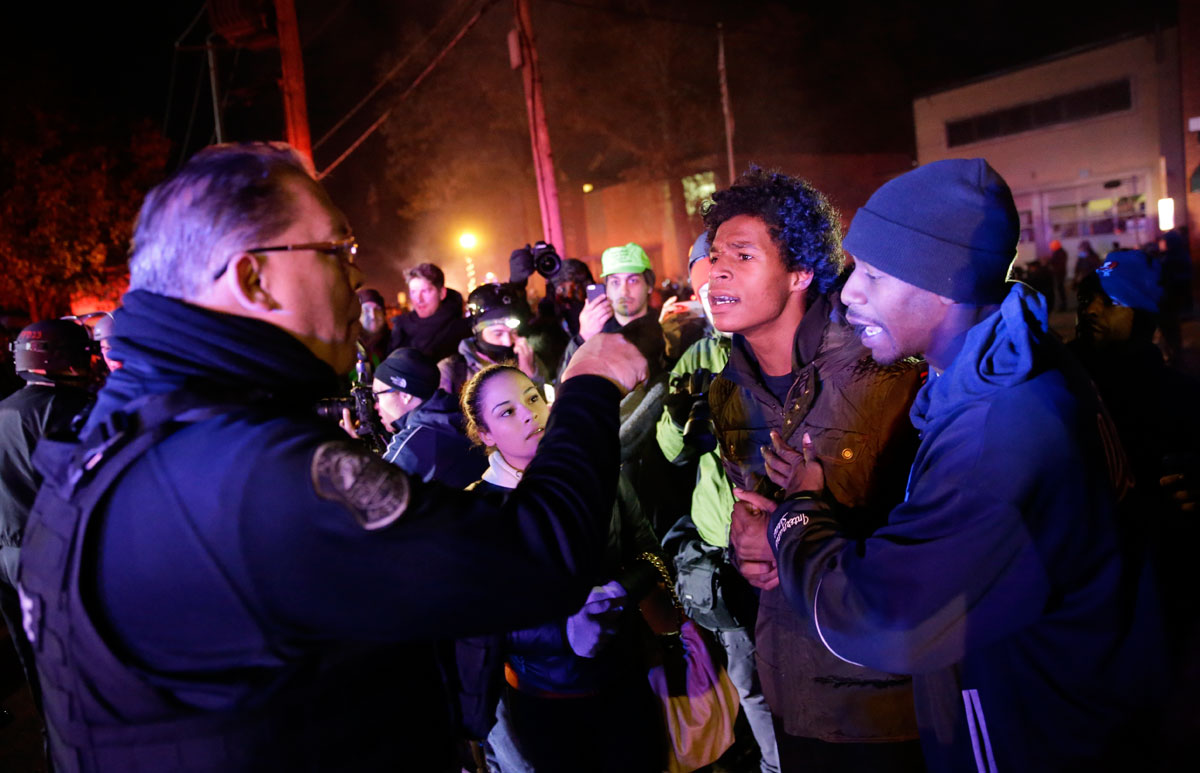 Economic inequality is a hot topic in America these days. It is the subject of hefty bestsellers, presidential addresses and even Hollywood movies. The issue has even appeared on the radar screen of foreign policy pundits.

It’s unusual for former State Department officials like Campbell to delve into ostensibly domestic issues. Perhaps income inequality has become so unavoidably grotesque that it has begun to worry even the foreign policy elite. Perhaps Campbell’s essay is a trial balloon for his mentor, Hillary Clinton, as she tests which issues might play well in the 2016 presidential campaign.

What makes the essay particularly interesting, however, is what Campbell doesn’t address. He doesn’t discuss how US policies accentuate global inequalities. Nor does he appreciate how the wealth gap at home is reinforced by US foreign policies on resource extraction, for instance, or global trade.

But the most glaring absence from Campbell’s essay is the word “race.” Reading his piece, you might come away with the impression that inequality is not a black-and-white issue.

Consider these two astounding facts: “The United States incarcerates a higher proportion of blacks than apartheid South Africa did. In America, the black-white wealth gap today is greater than it was in South Africa in 1970 at the peak of apartheid.”

This quote comes from Nicholas Kristof, who has been publishing a series in The New York Times under the title “When Whites Just Don’t Get It.” In an earlier column in the series, Kristof points out that whites in South Africa owned fifteen times more than blacks in the 1970s, while the current ratio for the United States is 18 to 1.

In the context of the past fifty years, the statistics look even starker. According to a set of charts The Washington Post published last year on the anniversary of Martin Luther King Jr.’s “I Have a Dream” speech, the gap between whites and blacks has either remained the same or has gotten worse over the past half-century. The gap in household income, the ratio of unemployment, and the number of children going to segregated schools have all remained roughly the same. The disparity in incarceration rates has gotten worse.

American scholars have used the term “apartheid” to refer to specific historical periods (such as the era of Jim Crow), the residential segregation that existed for decades, the educational segregation that persists and a criminal justice system that is so often criminal in its lack of justice. But can we apply the label of apartheid to all of American society?

South Africa got rid of apartheid. Although it remains more sharply divided economically than virtually any other major country, the end of apartheid did spur the growth of the black middle class, which expanded from 300,000 people to 3 million, with blacks rising from 11 percent to 41 percent of the overall middle class in twenty years.

But in the United States, very little has changed in five decades. The higher echelons of the African-American community have done reasonably well, but not the middle class or the working poor. Since 1970, the percentage of African-Americans in the middle class has actually declined. And the depression that hit the country after 2007 wiped out whatever gains this middle class might have achieved.

The media is full of pictures of Obama and Oprah, of Condoleezza and Susan Rice, of Serena Williams and Will Smith. Their omnipresence suggests that America is far from an apartheid society. And yet, for all their power and prominence, they are the outliers.

The Tragedy of Ferguson

In 1983, J.M. Coetzee published The Life and Times of Michael K, a novel about an unemployed gardener adrift in a war-torn South Africa. Michael K, whose race is never explicitly identified, is harassed by police, press-ganged into manual labor, accused of being a guerrilla. Riots and looting take place across the landscape of a country sharply divided between rich and poor. This is the future of apartheid, Coetzee suggested: a war of all against all. Six years later, apartheid fell, and the worst-case scenario was averted.

Now let’s take a look at The Life and Times of Michael B, the American sequel to Coetzee’s novel. The settings are disturbingly similar. Ferguson, Missouri, looks even more like apartheid South Africa than the average American city. Ferguson is more than 60 percent African-American, but only three of the fifty-three cops are black. The mayor is white, as is the chief of police. Nearly one-third of the African-American population lives below the poverty line. And in 2013, 93 percent of the arrests involved blacks. Injustice and inequality have generated protests, riots and police crackdowns.

The protagonist of this American sequel, Michael B, was an African-American teenager who struggled to grow up in these challenging circumstances. He graduated from high school on schedule, an achievement in and of itself in a town where only 78 percent of the students managed to get their degrees. He had no criminal record. He liked to play video games, smoke a little dope, hang out with friends. He listened to rap music and had just started to record some of his own songs. He planned to go to a technical college.

He was, in other words, a typical teenager.

On August 9, 2014, his death at the hands of a white policeman became an American tragedy, the circumstances of which have been much debated, dissected and disputed. As with any tragedy that resonates in the larger world, the story of Michael Brown brings all the hopes and fears of a community to the foreground.

In Ferguson, the gross inequalities are an everyday matter. The rich lifestyles of successful rappers contrast with the reality of poorly paid jobs for those lucky enough to get them. The image of President Obama commanding the military, the Special Forces and the National Guard is almost a grotesque reversal of the average African-American experience in Ferguson facing the arbitrary—and downright racist—application of force by local whites. And the corporate self-helpism of Oprah, with its I-can-overcome-all-odds optimism, offers a dreamscape so at odds with the everyday indignities of negotiating the local power structure and the social welfare bureaucracy.

The story of the shooting death of an unarmed African-American man, the ensuing protests, the behavior of the police toward protesters, the acquittal of the police officer responsible for the killing: all of this provided foreign journalists and commentators rich fodder for stories about American hypocrisy. The US government talks a great game about democracy, conflict resolution, nation building and the like. But if we can’t effectively solve a problem that wasn’t even officially acknowledged until fifty years ago—and we can’t show much in the way of improvement except for a narrow slice of the African-American middle class—then why on earth should any other country bother to listen to “experts” from the State Department and their bromides?

Until it puts its own house in order, the United States should adopt a more modest foreign policy. Perhaps the glare of the spotlight will force such a change. Accusations of hypocrisy can sometimes have that effect. The quintessential TV dad, Bill Cosby, stepped down from the board of Temple University because of a slew of rape allegations. Larry Craig, the anti-gay Republican senator from Idaho, left office after being accused of soliciting sex from an undercover policeman. James Watson, who shared a Nobel Prize for the discovery of DNA, retreated into the shadows after making a blatantly racist—and unscientific—judgment about Africans.

Of course, Cosby has also denied the charges and continued his recent comedy tour, Craig is a lobbyist, and an unapologetic Watson is back in the news for auctioning off his Nobel. Hubris is often embarrassment-proof. And since US foreign policy is nothing if not arrogant, don’t hold your breath that the State Department will suddenly redirect its “democracy promotion” efforts to building a more perfect union at home.

Call the system of racial inequality in the United States what you will: the “two nations” of black and white, the new Jim Crow or just plain ugly. But if the term “apartheid” shames the establishment into acting—and prompts pundits like Kurt Campbell to utter the word “race” when discussing inequality—then by all means let’s use the unflattering comparison. It’s a fitting way of bearing witness to the life and times of Michael B and everyone else who has suffered under this abhorrent system.