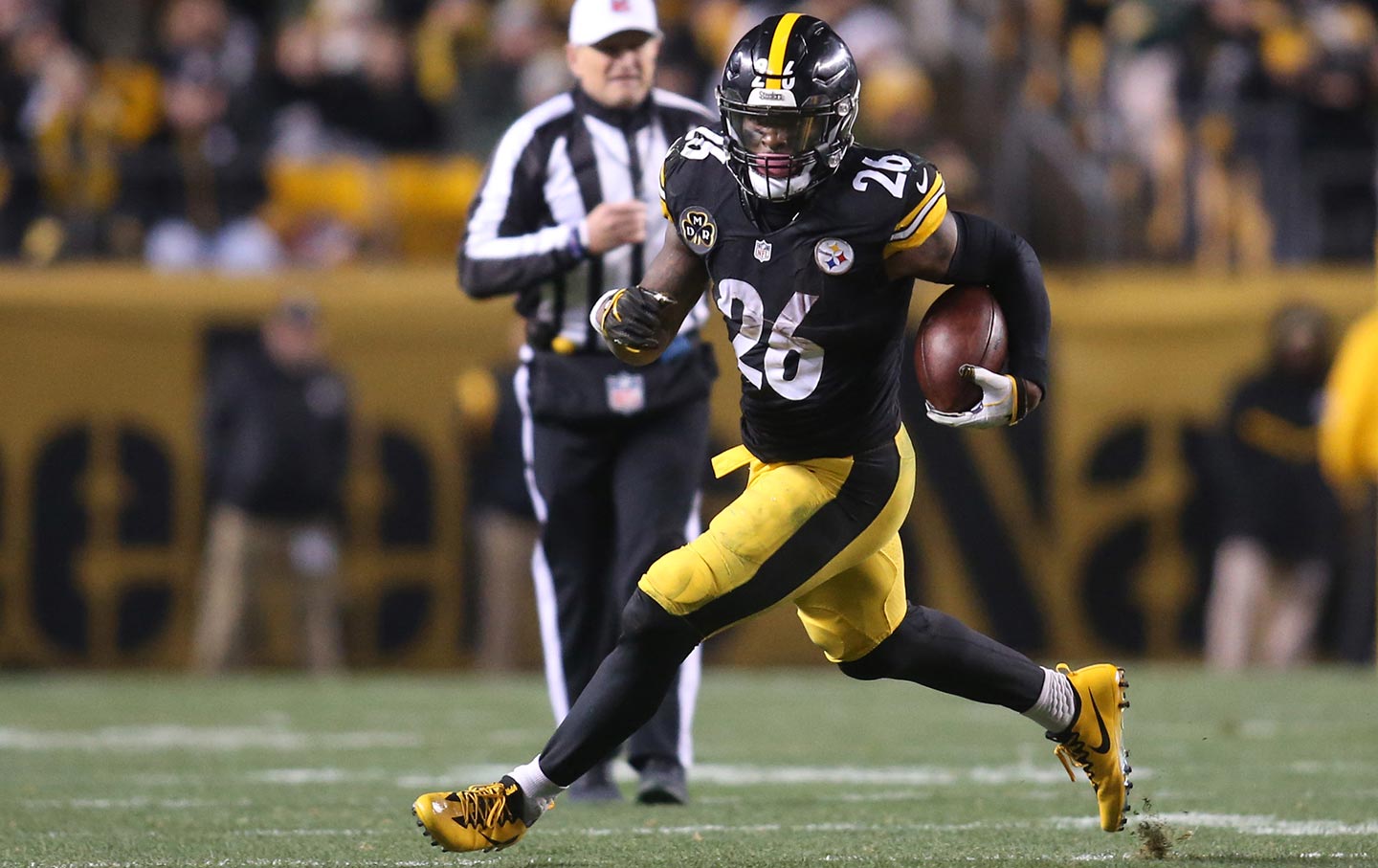 The scene in the Pittsburgh Steelers locker room sounds like nothing I have ever heard about or witnessed in professional sports. Their star running back, 26-year-old Le’Veon Bell, has held out for the entire season, sacrificing a guaranteed $14.5 million contract to roll the dice in free agency this fall. At 3:30 pm on Tuesday, the final deadline passed and it became official that he would not be joining his teammates for the entirety of 2018. A lot of people thought he’d crack, but Bell held out, saving his body in this most brutal of sports for the possibility of a better payday. This was truly—agree or disagree with his actions—unprecedented in the sport—an act of player power in an industry that tends to treat these workers like expendable pieces of equipment. Bell held strong even after his teammates—specifically his offensive linemen—in the first week of the season blasted him for holding out (their aspersions broke a sacred NFL rule of not commenting on other players’ contracts or holdouts).

Then 3:30 pm hit on Wednesday, about 24 hours after Bell walked away from this last opportunity to rejoin the team. After that, the deluge. His—we have to say almost certainly now—former teammates ransacked his locker. They tore off his nameplate. They took his equipment and sneakers. They grabbed everything down to some CD mixes at the bottom of a stack of goods. As Charles Robinson of Yahoo Sports wrote, it was “like a scene from ‘Lord of the Flies.’”

One player, outside linebacker Bud Dupree, had himself filmed “thanking” Bell for some Jordan brand cleats, in a video that quickly went viral.

What is so disturbing about this sequence of events is that this is a union workforce—the NFL Players Association is even a part of the AFL-CIO—and it is difficult to imagine a scene of greater anti-solidarity than what was on display. The Collective Bargaining Agreement is up in 2021, and NFLPA Executive Director DeMaurice Smith, speaking in 2017, said that a 2021 “strike or a lockout is almost a virtual certainty.” To win a strike or lockout, in a league where the average career is only three and a half years and players’ earning potential can often be measured with an egg timer, is a difficult task. To actually win long-sought benefits like fully guaranteed contracts, lifetime health benefits, and parity pay with other sports, an ironclad level of unity is a prerequisite. Seeing the way the Steelers tore apart a teammate who gave them several years of all-pro production does not augur well for the future.

I asked a couple of sportswriters if they had ever seen such a scenario as the tearing apart of a locker in their years covering the sport. Doug Farrar, author of the book The Genius of Desperation, said to me, “Well, it’s not common, as far as I’m aware. I think it’s emblematic of the disdain Bell’s teammates seem to hold. You go back to what his own offensive linemen were saying about him, and it’s clear to me that just as Bell was trying to prove how indispensable he is, his teammates took that as an insult.… Generally speaking, the locker room is a sacred place. Coaches don’t go in there. Media goes in there occasionally, but under prescribed conditions. I see this as a gesture by Bell’s teammates to elevate that disdain.”

Melissa Jacobs, formerly of Sports Illustrated and now the founder and managing director of The Football Girl, said that she had never seen a moment like this but “bear in mind we are still in the infancy of capturing EVERYTHING on social media.” She also added, “However, the free-for-all Lord of the Flies moment was highly inappropriate and disrespectful given that Bell put in years of sweat and intense work, all while being the most productive player on the team. If anyone should respect a player making a financial business decision, it’s the players themselves. To stomp on Bell’s Steelers career and raid his locker like children discovering hidden candy is not the message to be sending to owners heading into the next CBA.”

This is a critical moment in the history of the NFLPA: The push to have players preparing financially and psychologically for a 2021 strike or lockout is already clearly underway. Actions like the one in the Steelers locker room give the appearance symbolically for every Jerry Jones, Dan Snyder, and greedy NFL owner that the players are out for themselves and they will be easy to divide and conquer. I don’t think that’s the case. I’ve met too many players who care about the union and understand the stakes of 2021. That’s all the more reason this incident should not be ignored and, in fact, should be condemned by the most labor-conscious sector among the workers in the NFL.