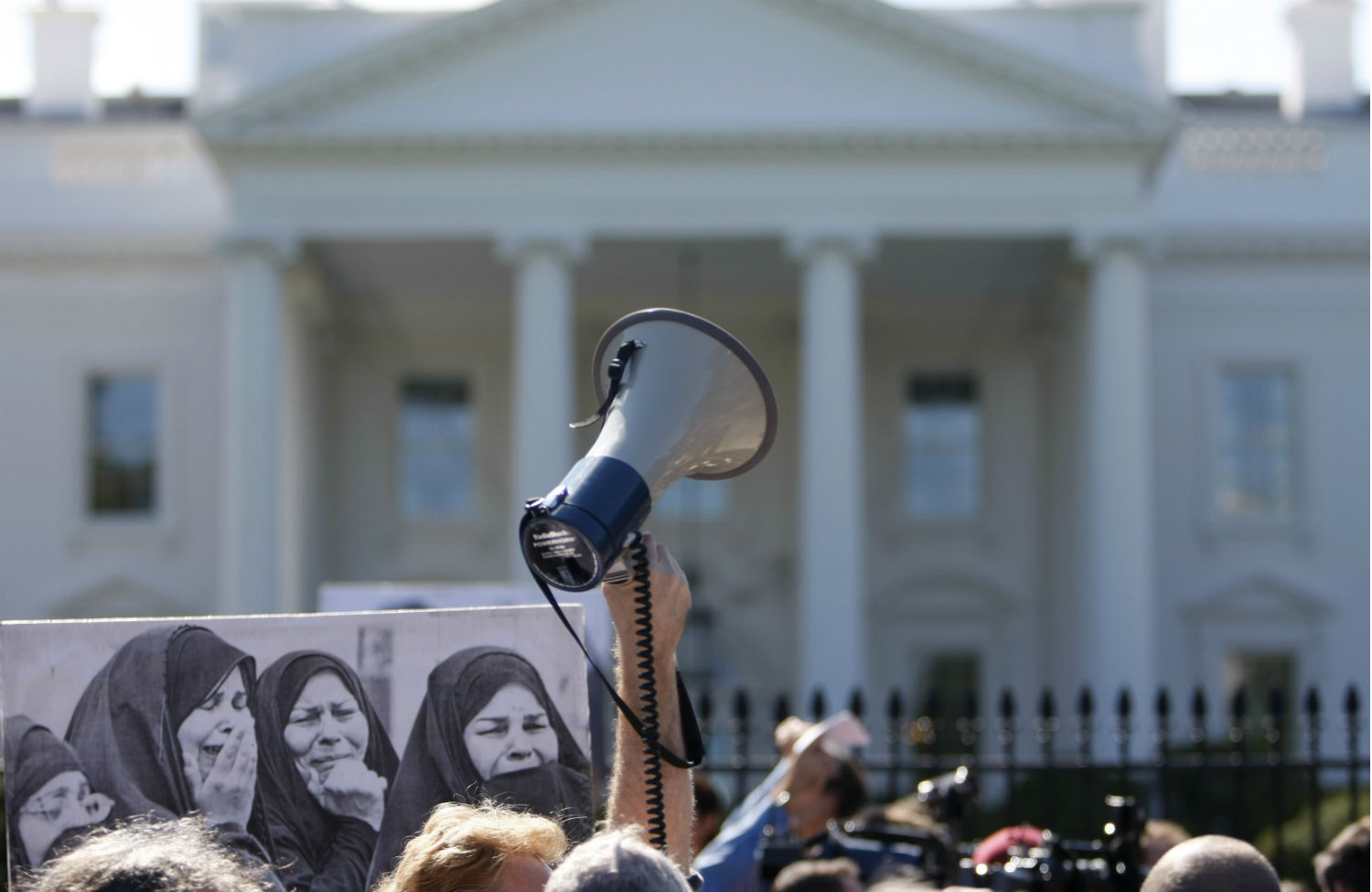 Editor’s Note: Tom Hayden is speaking on September 17 at Angell Hall, the site of the first Vietnam teach-in in 1965, on the lessons of Vietnam for Iraq. Excerpts of the speech are here, the full text is at the Democracy Journal online.

I am joining many peace groups around America in expressing opposition to the escalation of the Iraq War into a quagmire that is likely to be costly in lives, tax dollars and our tarnished reputation.

Ann Arbor is the place, along with Berkeley, where the young American peace movement demanded a teach-in, an end to campus business as usual, an end to intellectual conformity and congressional hearings as we confronted the growing horror of the Vietnam War.

There are many parallels between the wars of our youth and the latest one unfolding. Once again, we need to suspend the monotony of our everyday lives and ask the questions that need to be asked. We cannot trust “the best and brightest” to have the answers any more than students trusted their pedigreed elders fifty years ago.

We need congressional hearings, full debate and a vote on authorization of this unilateral war. In 1964, the Gulf of Tonkin “incident” was contrived and exploited to stampede our country into a hasty and irresponsible authorization. Onlyc two members of Congress had the good sense then to vote “no” on the Gulf of Tonkin resolution, which permitted an open-ended bloodletting for more than a decade before the Congress finally helped put an end to it.

I would hope that the present Congress learns from the past to check and balance the war “fever” gripping Washington as described this week by The New York Times. I would hope that the Obama administration rereads history and thinks again before excluding the Congress and the American public from a war by executive fiat. Only a congressional debate will give legitimacy to the very real questions—and consideration of alternatives—that many Americans deserve to have addressed about this crisis. Whatever the outcome of a congressional vote, the dissent deserves to be aired, the hawks must be held accountable and the questioning must begin. No threat justifies the exclusion of Congress from its constitutional role, nor the American people from a voice in a decision that will take American lives and resources.

The Obama administration needs to take its case to the United Nations as well, since war is being planned against Syria, a sovereign state, and because diplomacy, beginning now, will be the only way this conflict will end.

During Vietnam, we were told that the “faceless Vietcong enemy” was disemboweling innocent villagers, slaughtering Catholics, kidnapping children and imposing a dictatorship through aggression against South Vietnam. What we were not told was that our government was intervening in a civil war that had been set in motion by the French colonialists who we replaced in trying to “save” South Vietnam. We were fighting against a communist-led army, yes, but one who represented national independence to most of the Vietnamese people.

We were told it would be an affordable war, that our great country could pay for both “guns and butter.” that it would be short in duration too. It bankrupted the US Treasury and lasted at least fifteen years.

We were told, and still are told, that counterinsurgency would be the answer, that rounding up the villagers in “strategic hamlets” to isolate the guerrillas, then a targeted killing campaign against those guerrillas, would bring stability to South Vietnam at last. The infamous “tiger cages” and Con Son island were the precursors of Abu Ghraib and the dungeons in Iraq where eventually ISIS was born. Our own generals like David Petraeus wrongly interpreted the lessons of Vietnam to propose a renewal of Vietnam’s failed CIA “Phoenix Program” and tried in vain to apply to Iraq in 2007.

We were told we were fighting for democracy, but in fact thousands of Americans were drafted against their will, families on all sides were deceived by one administration after another, secret bombings were carried out against Cambodia and Laos, secret CIA counterterrorism operations targeted alleged terrorists, and the repression came home in countless FBI campaigns to spy on, inform on, harass, indict and demonize the anti-war opposition, from Dr. Spock to Dan Ellsberg, from the Catholic resistance led by the Berrigans to the Chicago Eight defendants. The Watergate conspiracy was properly described as a cancer on our democratic system, and two presidents were driven from office as a result of that war. Democracy was saved by the anti-war movement, including many soldiers in our armed forces, and by political leaders who found the courage to stand up.

Because our leaders didn’t listen, or listened too late, the end came in Vietnam as a total catastrophe, the implosion of the South Vietnamese government and its armed forces, and the literal expulsion of American diplomats from the rooftop of our embassy.

It may seem implausible, but who is to say these events won’t repeat in some ways again?

Our government even now is spending millions on a multi-year memorial campaign to teach “the lessons” of Vietnam in our schools, while excluding the voices of the Vietnam generation dissenters who were right, and while failing in its ability to accept that Vietnam war a mistake. Some of us are meeting now to demand a say in how the Vietnam era is taught—just as we must demand a say in how to understand and approach Iraq. If a mistake is repeated over and over, the result will be the same. We must demand of our Secretary of State John Kerry, a Vietnam war hero who threw some of his ribbons away and became a leader of Vietnam Veterans Against the War, that he reflect on the very question he asked the Senate forty long years ago: Who will be the last to die for a mistake?

It is a question as real today as before. Tonight we must begin again, announcing a demand for debate, diplomacy and democracy.