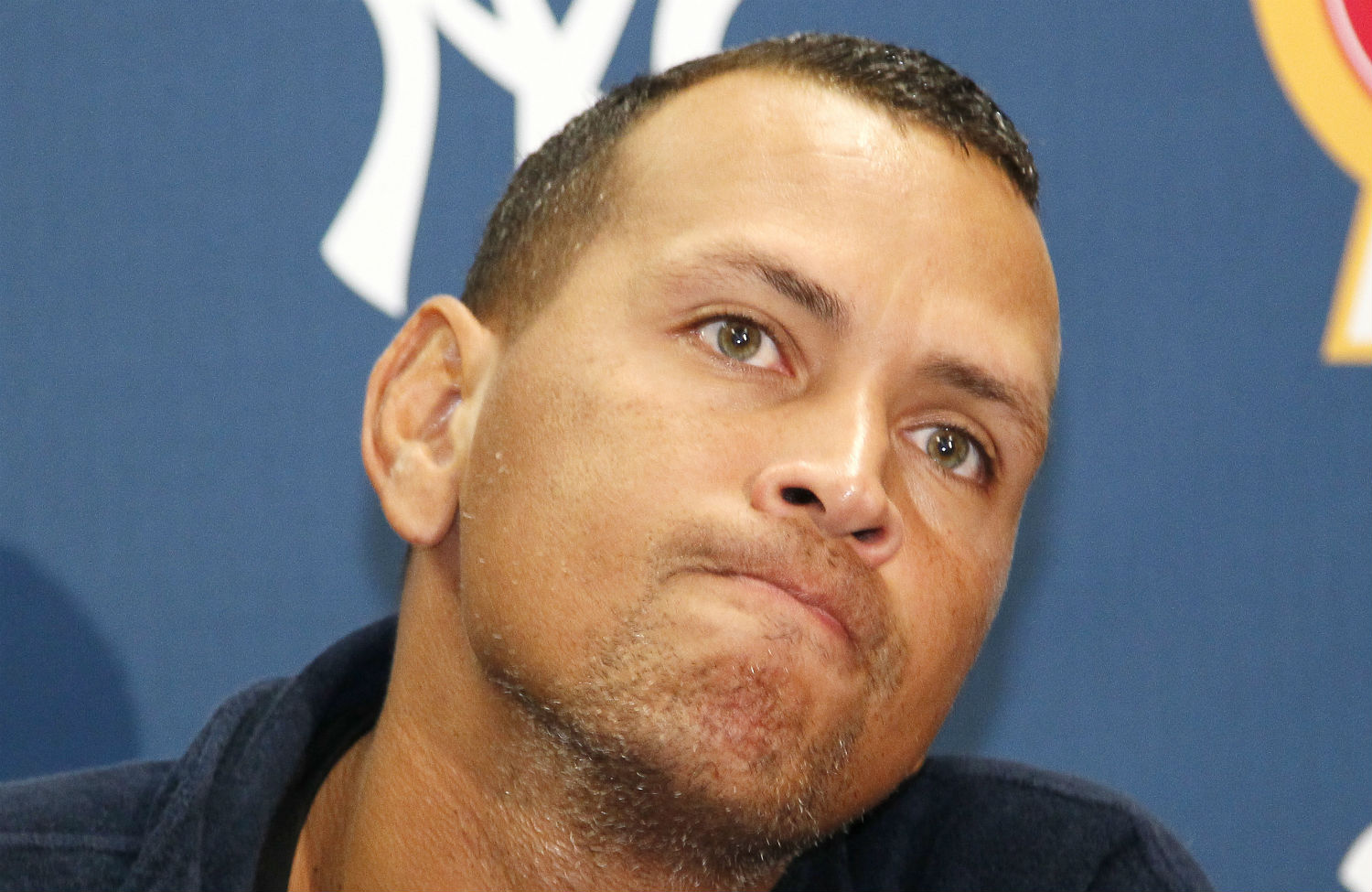 Oh, the drama of it all! New York Yankee third baseman Alex Rodriguez, facing a 211-game suspension and the effective end of his career, chose to display a unique defense strategy at his arbitration hearing. He slammed down his hands and shouted, “This is ridiculous!” Then the three-time MVP leveled what is being described as a “stream of profanities” at Major League Baseball’s chief operating officer, Rob Manfred. After all of this, baseball’s last great diva topped it off by storming the hell out with a promise to never return.

The official word from A-Rod and his small army of lawyers was that he was enraged that league commissioner Bud Selig would be neither present at his hearing nor required to testify. Whether this was in fact a case of spontaneous combustion or ham-handed choreography, it was mere dinner theater compared to what happened next. A-Rod then journeyed to the last locale in New York City where his word is sacred and his character is above reproach: the radio studio of Sports Radio WFAN’s Mike Francesa.

In the forty minutes that followed, we were treated to the spectacle of what it sounds like when someone who has led a remarkably charmed life suddenly perceives himself to be Jean Valjean, the honest man being mercilessly persecuted by powerful people enflamed with vengeance. In A-Rod’s mind, his Javert, the man with a “vendetta” who “hates [his] guts”, is even more frightening than a singing Russell Crowe: 80-year-old Commissioner Bud Selig.

There is the old expression that a liberal is a conservative who has been to jail. A-Rod, who supports Republican political candidates like an honorary Koch brother, was a born-again radical in Mike Francesa’s radio booth, raging against “injustice”, and railing against “the system.” Mike Francesa backed him up, saying, “This is not about a rogue player. It is about a rogue sport.”

What was remarkable about the interview is that it was possible to be disgusted by his self-serving sense of victimization, to remember the lies he told to the face of Katie Couric, to roll your eyes at the tenderly asked questions of Mike Francesa and still agree with the overwhelming thrust of what he was saying. The most honest part of A-Rod’s interview was when he said to Francesa that people on the street stop him and say, “I hate your guts and you’re being railroaded.”

You could not find a more dubious messenger, but the message is not necessarily wrong. Major League Baseball promised mountains of evidence that Alex Rodriguez was not only prescribed performance-enhancing drugs by Anthony Bosch’s Biogenesis clinic but also “obstructed justice” by attempting to buy evidence from Bosch and keep witnesses from testifying. Yet all evidence of this that we have seen thus far is rooted in the testimony of Bosch himself. A-Rod’s team alleges that Anthony Bosch has been paid as much as $150,000 by Major League Baseball for his testimony, along with promises that he would not be prosecuted by the Florida attorney general’s office for distributing contraband pharmaceuticals. There are witnesses who have come forward to say that, yes indeed, Major League Baseball brought out the checkbook to acquire his allegiance.

“Vendetta” is a strong word, but Rodriguez is probably right that Bud Selig looks at him and licks his chops. The 211-game suspension is in flagrant violation of the collective bargaining agreement with the union, but MLB is determined to push this through. This is Selig’s opportunity, one year before his own announced retirement, to look like someone who helped clean up the sport. The same Bud Selig who sat on his hands and looked the other way during the go-go steroid 1990s; the same Bud Selig who along with his fellow owners became unimaginably wealthy as the balls went flying out of the park; the same Bud Selig who has been subject to withering books, news exposés and documentaries about why he chose to do nothing as locker rooms became all-you-can-inject pharmacies, wants A-Rod’s pelt to be part of his legacy. Instead of “Bud Selig, steroid enabler,” he becomes the man who stood up to the union and cleaned up the game.

Meanwhile, here is Alex Rodriguez, the speed bump on the way to Bud Selig’s retirement, on Mike Francesa’s radio show sounding like Norma Rae, saying that he will fight this to very end. “I have no regrets,” he said. “It’s the system that is wrong.” He may be right, but waging and winning a fight against Major League Baseball would require an outpouring of solidarity from his fellow players and trust that this is not all a self-serving smokescreen. Solidarity and trust: for all his hundreds of millions of dollars, these are two things he has never been able to attain. A-Rod may try to sell himself as baseball’s Jean Valjean, but that may be beyond even his own dramatic powers.