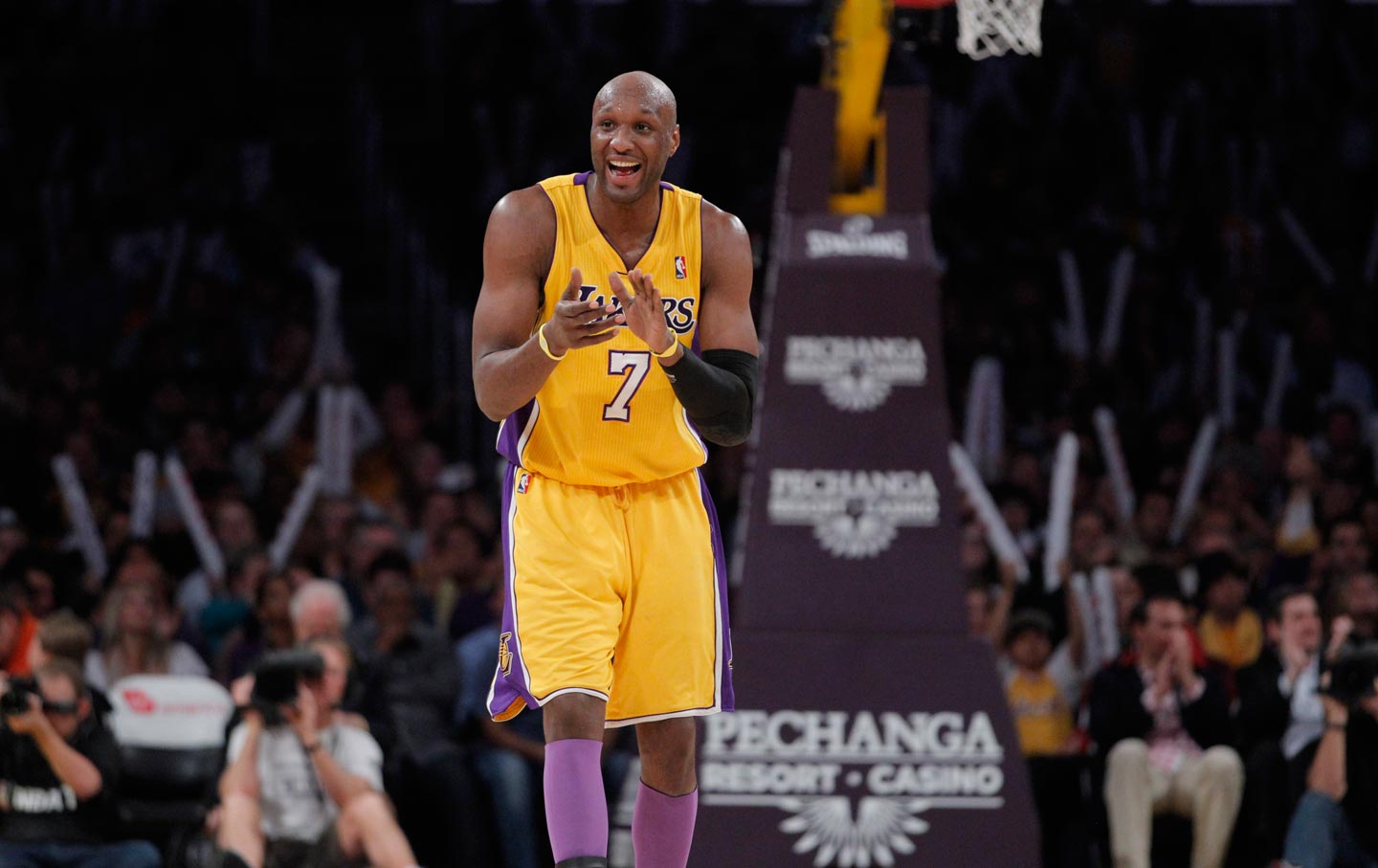 It’s difficult to not be sickened by the media noise—and social media sewage—surrounding Lamar Odom.

The onetime NBA star is fighting for his life in a hospital bed after allegedly taking a deadly combination of drugs in a Nevada brothel. Odom has a history of illegal drug use, psychological pain, and a litany of family tragedies that would chop down 99 percent of the human population. Odom at times would write the names of his deceased relatives on his sneakers. They included his mother, Cathy Mercer, a corrections officer who died of cancer when he was 13, and Mildred, the grandmother who raised him and passed away early in Odom’s NBA career. Lamar’s father, Joe Odom is a disabled vet who has wrestled with heroin addiction.

I met Odom when he was 20. I assumed his ego would be as large as his talent, given his 6′ 10″ size, point guard skills, and New York City pedigree. I assumed his well-known personal tribulations would make him guarded. I could not have been more wrong. Instead, he was just… nice. He wanted to be liked, and he was beloved. He managed to happily subsume his own individual greatness in the name of team goals on two Laker championship teams.

Even with all of the tragedy he carried on his back, Lamar played an NBA career where he was almost without exception the most adored person on his team.

I spoke with NBA vet and current Magic assistant coach Laron Profit. He echoed what we have seen across the sports pages. “Best teammate anyone ever had,” he said. “Nobody will dispute that. Heart was so big, wanted everyone to feel like they mattered. But he had such a tortured soul from all the death he saw.”

And yet so many of the media takes are steeped in judgment and mockery. At a moment like this, we should reflect on Odom’s own words.

Speaking to some celebrity stalker with a video recorder recently, he said, “I don’t believe in what y’all do, I don’t believe in following people around…do not disrespect my space. Do not disrespect my character because that’s what y’all been doing…y’all have discredited me, beat me down, took my confidence, took everything away from me, you will not do it again. I know what your companies are about. I know what they do to brothers. I know what y’all doing to the rappers. I know you want them beefin’. I know you want them arguing. Y’all don’t do Leo like that. You don’t do Brad like that. Y’all don’t do them like that.”*

* Thank you Shalin Bayansake for that transcription.