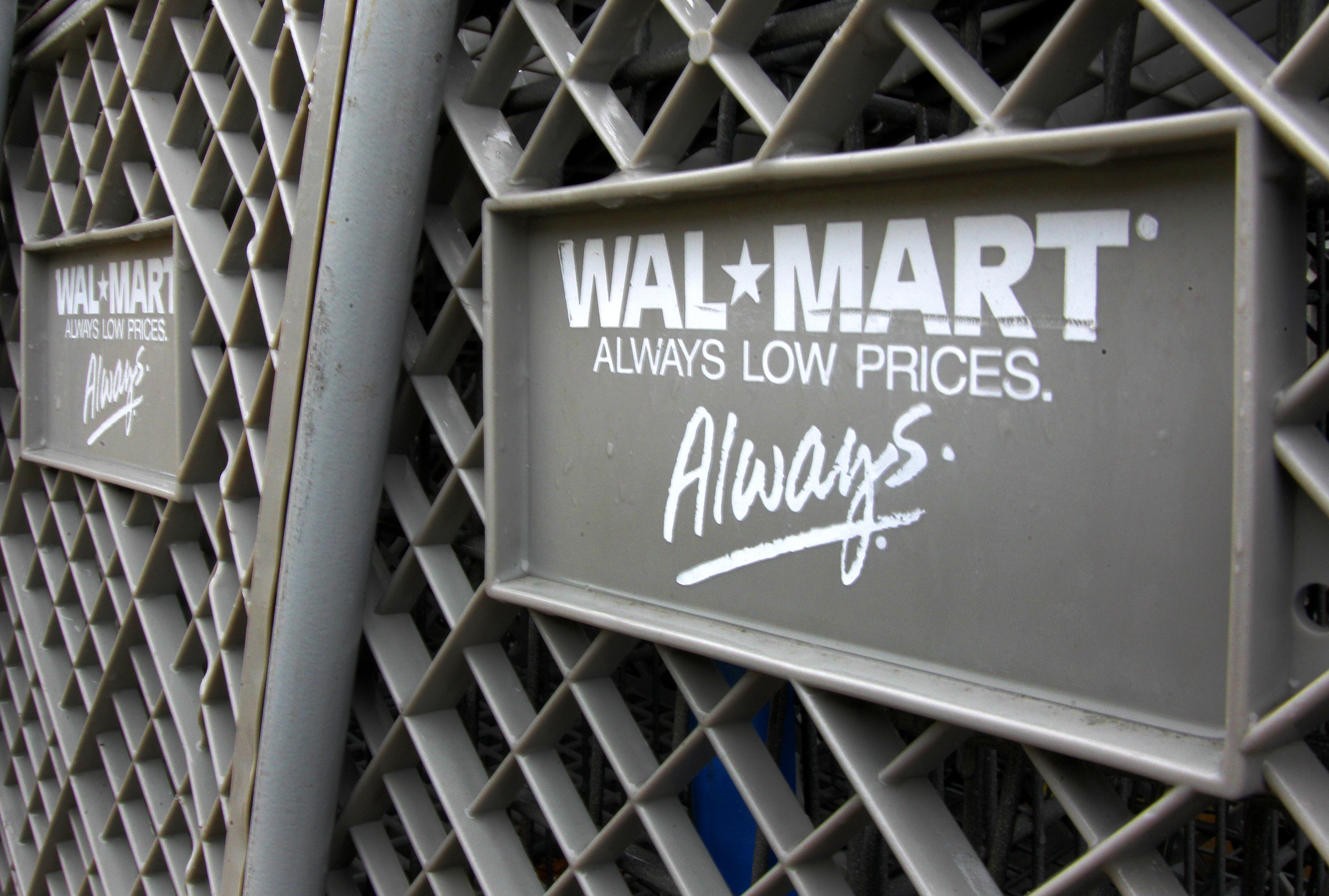 Walmart’s 1.3 million workers won a big victory Monday when the National Labor Relations Board ruled that the retail giant had broken the law by firing and harassing employees who spoke out—and in some cases went on strike—to protest the company’s poverty pay and abusive labor practices.

The federal agency will prosecute Walmart’s illegal firings and disciplinary actions involving more than 117 workers, including those who went on strike last June as part of a growing movement of company employees. The ruling is likely to accelerate the burgeoning protest movement among Walmart employees, upset with low pay, stingy benefits, arbitrary work schedules and part-time jobs.

Over the past year, protests against the world’s largest private employer have escalated, led by OUR Walmart, a nationwide network of Walmart workers. Last fall, the group announced that it would hold rallies outside Walmart stores in dozens of cities on the day after Thanksgiving—the busiest shopping day of the year, typically called Black Friday. In response, Walmart executives threatened disciplinary action against workers who participated in rallies and strikes, even though they are perfectly legal. Speaking on national television, Walmart spokesperson David Tovar threatened workers, saying that “there could be consequences” for employees who did not come to work for scheduled shifts on Black Friday. Despite the threats, several hundred Walmart workers joined tens of thousands of supporters at the Black Friday protests around the country.

In June, over 100 striking Walmart workers, along with allies from labor, community and faith-based groups, trekked to Walmart’s annual shareholder meeting in Bentonville, Arkansas, the company headquarters, to tell shareholders about the company’s abusive practices. When these workers returned to work, Walmart—hoping to knock the wind out of the sails of the growing movement—systematically fired at least twenty-three workers and disciplined another forty-three employees despite their legally recognized, protected absences.

In its statement, the NLRB explained: “During two national television news broadcasts and in statements to employees at Walmart stores in California and Texas, Walmart unlawfully threatened employees with reprisal if they engaged in strikes and protests on November 22, 2012.” It also ruled that “Walmart stores in California, Colorado, Florida, Illinois, Kentucky, Louisiana, Maryland, Massachusetts, Minnesota, North Carolina, Ohio, Texas and Washington unlawfully threatened, disciplined, and/or terminated employees for having engaged in legally protected strikes and protests.”

Under the NLRB ruling, Walmart could be required to reinstate the workers and award them back pay. The board could also require Walmart to inform and educate all employees of their legally protected rights. (Federal labor law doesn’t allow the NLRB to impose fines on companies that violate workers’ rights).

This is not the first time that the NLRB has sanctioned Walmart for labor violations. In California, the Board recently decided to prosecute Walmart for eleven violations of federal labor law for threats that managers made around Black Friday last year. In Kentucky, Walmart reached a settlement with Aaron Lawson, whom the company fired after he distributed flyers and spoke out against the company’s attempts to silence those who called for better wages and consistent hours. As part of the settlement, Walmart agreed to rehire Lawson and provide full back wages for the time that he was out of work.

In fact, Walmart has a long history of law-breaking, not only in retaliation for employee activism but also in exploiting immigrants, paying women less than men for the same jobs, breaking environmental laws and bribing Mexican officials, among many other infractions. Walmart has also recently earned well-deserved negative publicity for its complicity in thwarting safety improvements at Bangladesh sweatshops that make clothes sold in Walmart stores. One of them was the eight-story Rana Plaza factory building near Bangladesh’s capital, Dhaka, where last April at least 1,100 workers were killed after the building collapsed—the deadliest garment industry disaster in history.

Prior to the extended strike in June, American Rights at Work/Jobs with Justice released a report documenting Walmart’s extensive and systematic efforts to intimidate employees. At that time, there were more than 150 incidents in stores across the country, but that number has now skyrocketed in response to the growing organization and militancy of Walmart workers.

“It is time for Walmart to obey the law,” said Joseph Hansen, international president of the United Food and Commercial Workers, which has been supporting Walmart workers’ organizing efforts. “A message was sent loud and clear, far and wide, that the company must change.”

“Walmart continues to show that it’s afraid to have real conversations about creating better jobs, but would rather scare us into silence,” said Tiffany Beroid, a Walmart worker from Laurel, Maryland. “But change at Walmart is too important to our economy and for our families for us to stop speaking out.”

The new ruling makes it more likely that many more Walmart workers will be willing to stand up to the company and participate in Our Walmart’s efforts to improve pay and working conditions. In fact, the NLRB decision happened to come on the same day that Our Walmart was announcing another series of Black Friday protests, scheduled for November 29. Our Walmart leaders said that the number of rallies and demonstrations this year will exceed those that occurred a year ago.

Last week, in anticipation of the Black Friday protests, 500 labor, faith-based and community activists rallied in front of a Walmart store in Los Angeles’s Chinatown neighborhood, and fifty-four were arrested. On Monday, Walmart employees and community supporters in Ohio—about fifty in Evendale (a Cincinnati suburb) and seventy in Dayton—demonstrated outside Walmart stores to build momentum for the Black Friday actions.

At this year’s Black Friday protests, workers will demand that Walmart increase hours so that employees work full-time, ensuring a minimum wage of $25,000 a year, and end the company’s illegal retaliation against those who speak out for better jobs. Bill Simon, CEO of Walmart US, recently told financial analysts that 475,000 employees make more than this amount. In doing so, Simon confirmed that more than half and as many as two-thirds of the company’s American employees—as many as 825,000 workers—make less than $25,000 a year because of low wages and their not getting enough hours. (In what has become yet another embarrassment for the company, the Cleveland Plain-Dealer reported Monday that a Walmart store in Canton, Ohio, had organized a food drive for its poorly paid employees. The store set up several plastic bins in an employees-only area with a sign that read: “Please donate food items here so our Associates in Need can enjoy Thanksgiving Dinner”).

Raising Walmart workers’ wages to at least $25,000 would not only lift them and their families out of poverty but also stimulate economic growth and create additional jobs in other sectors because of what economists call the “multiplier effect.”

Walmart has become a symbol—and a major cause—of the nation’s widening gap between the super-rich and the rest. The company’s controlling family, the Waltons, have a net worth of more than $144 billion. This is more than the total wealth of 40 percent of all Americans—over 125 million people. Walmart CEO Michael Duke received over $20 million in compensation last year. Last year Walmart made $17 billion in profits.

Even Fortune magazine—hardly a radical rag—observed that “Walmart can afford to give its workers a 50% raise,” without hurting its stock value.

Allison Kilkenny reports on a Cleveland Walmart that announced a food drive for its own employees.