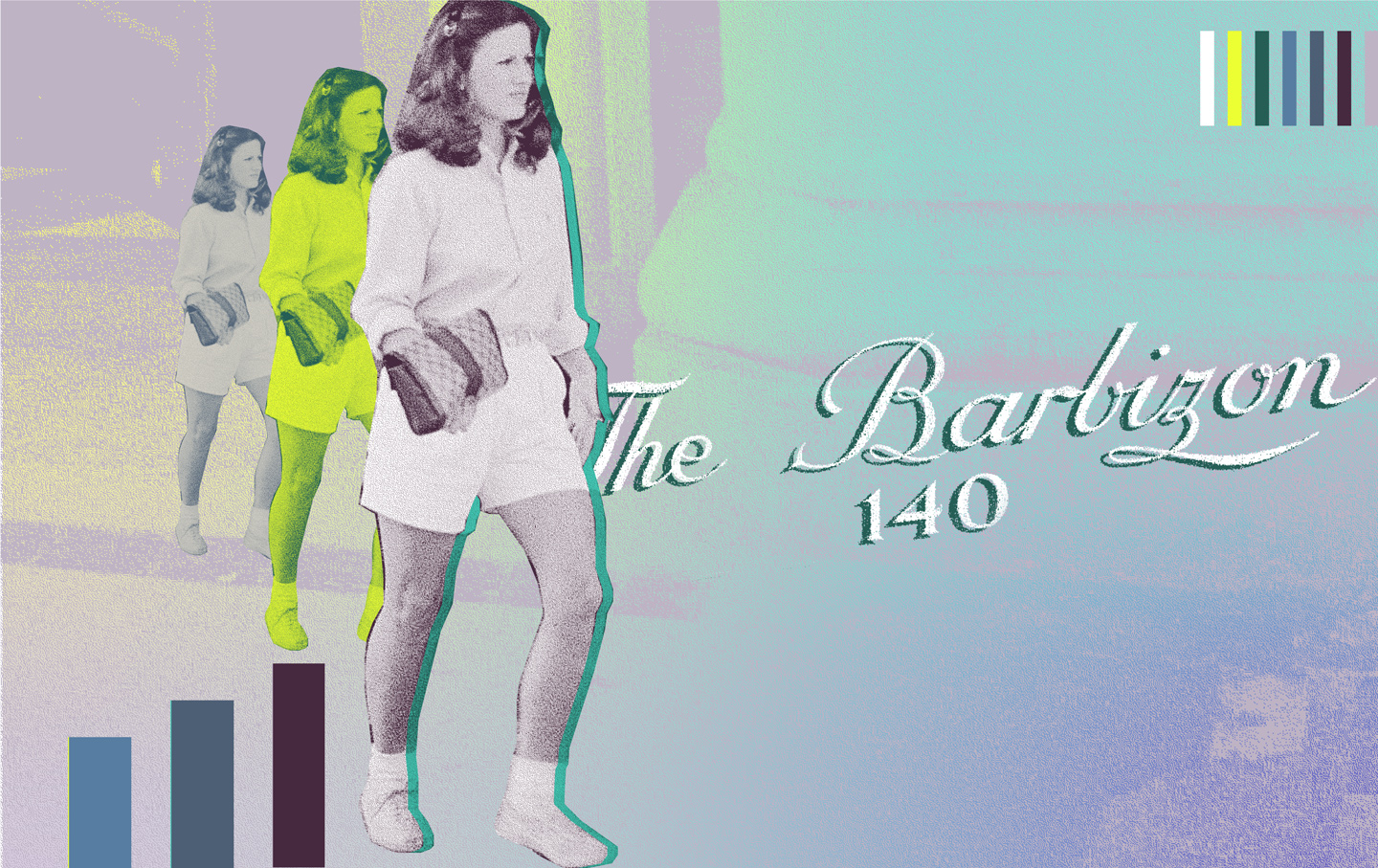 Two hundred pages in, a short note encapsulates the knot of affinities and repulsions wound by Kate Zambreno’s Screen Tests, a collection of pulsing writings on personal fascination, theory in the form of a strobe. It is a brief moment, in a book made up almost entirely of brief moments. Hardly a sentence, more like a reinscription of one: “I write in my notebook: ‘Elizabeth Wurtzel vs. Kathy Acker?’” Like most of Zambreno’s wandering theses, the meaning proposed is born not of action, that driving force of narrative, but of arrangement and display. The line is less an aphorism or poetic fragment than a premise for an imaginary scenario, a face-off of sad-girl luminaries; Zambreno proposes ideas like how a child might move paper dolls around, testing the possibilities of selves and others. (I do not mean that as a diminishing comparison. There is no intellectual project I value more than the world-building of young girls in play.)

Screen Tests: Stories and Other Writing

Wurtzel, the author of the once zeitgeist-defining memoir Prozac Nation, about being overmedicated and underenthused in the early 1990s, has entered the ring because Zambreno—in the middle of an essay on Acker, the counterculture icon and experimental novelist—has just seen Wurtzel in Zambreno’s regular West Village coffee shop. Wurtzel is eating a sandwich, wearing a scrunchie in her blond hair. From our vantage, she seems unremarkably competent: food-eating, hair-having. Zambreno, however, describes herself, the next day, at the same place but sobbing, glazed with snot and tears, publicly grieving everything from broken friendships to bad publicity.

While she acknowledges that Wurtzel is “one of [her] wounded monsters”—a category of admiration—the author ultimately gives the winning point to Acker, aligning herself against her café-mate: “The difference is maybe multiplicity. A refusal to commodify a coherent self. Or ugliness.” Here, Zambreno departs from her dolls. The structure of this existential competition is entirely of her doing and therefore optional in its antagonism. In this playacting, there is a potential for much more than either/or architectures, which Zambreno chooses to elide. There are so many other prepositions, so many other ways of organizing bodies in fantasy, so many mutual ways to mourn. Imagine, Wurtzel and Acker. Wurtzel with Acker. Wurtzel by Acker. Wurtzel for Acker! In! As! Of!

This solidarity blindness seems to pervade the work, except for instances of Zambreno’s attachment to certain abstractions: the ugly, the mad, the aforementioned sad. While she is eager to pose large questions about femininity and its accompanying horrors, the presence of other women induces, in her words, a “prickliness I feel for my peers, a paranoia.” These peers, some of whom are named and others are not, are dismissed as “all the other feminist writers on the Internet,” part of a “witty, bitchy, popularity contest.” Their crimes against Zambreno specifically remain undisclosed.

Screen Tests is primarily a collection of vignettes, short-short stories, and floating semi-essayistic musings—half proverb, half situational comedy. The connective tissue between each piece is an iconographic figure meeting the unexpected material of the everyday. Chapter titles read “Blanchot in a Supermarket Parking Lot,” “Patty Hearst Wins the Westminster Dog Show,” “Nico in the Kitchen Cutting Her Bangs,” “Beckett in Shorts,” like captions for absent photographs. These scenes hook into that needling eye of desire many of us share: the desire to see our heroes washing dishes or eating breakfast, angry or asleep, undeniably ordinary. Like the superstars in Andy Warhol’s screen tests, Zambreno’s are seen blinking, chewing, using, sighing, flirting, dozing, crying, but in a way that only solidifies their aura of difference from the reader.

Their ability to be both banal and genius inevitably serves to reify the latter, and the stories lean into that irony, always keenly aware of their voyeuristic pleasures. This avoids or perhaps preemptively solves questions of empathy (or potential solidarity) because the names listed function more as images than as people. Screen Tests is invested in issues of fame and public self-presentation, how the brilliant and the mundane collide in the itch of ambition, how a career haunts, beckons, and erodes the self at its center.

However, when the book is not circling figureheads like Susan Sontag and Bette Davis, finding the angle for a superzoom, it fixates on these problems in Zambreno’s life. She first received acclaim for the keen intimacy and burning rage of her 2012 book, Heroines, which interwove stories of the wives and girlfriends of Modernism’s giants with her own experience following her husband’s academic career to Akron, Ohio. She has published four books and one chapbook since then and now lives with her husband in New York City and no longer writes from the position of underoccupied wifehood. Understandably, there is a stark defiance in how blatantly the author displays her professional longings. In one essay, the first-person speaker lurches between asking “How can I plot to throw a bomb in the face of my possible success, which I do not want?” and meticulously planning her author photo: “I send Robert Mapplethorpe[’s] photos of a young leonine Patti Smith, and then photos of an older warrior Patti Smith, and then the Peter Hujar of Susan Sontag reclining on the bed.”

There is a story early in the book describing Zambreno’s discovery of a slim volume on Barbara Loden by Nathalie Léger, who goes unnamed, just as Zambreno herself was hoping to publish her own novella-length meditation on Loden. The piece is called “Plagiarism.” Lukewarm reviews, strained publicity events, paltry honoraria, borrowed offices, adjunct salaries, foreign rights, Wikipedia entries, and the community or lack thereof among New York’s women writers appear in almost all the writing. These are strikingly familiar anxieties for anyone trying to paste together a literary anything, but the scarcity model of American capitalism that produces such competition and embitterment among peers remains unacknowledged and therefore unquestioned save for one sentence in the book. Instead, dead writers and artists who functioned under very different economic moments and circumstances (Acker, Sontag, etc.) are upheld as an alternative coterie, an escape hatch from this contemporary set of personalities, ideas, and exchanges. “Multiplicity” is the term Zambreno gives to Acker’s glimmering promise and ethos. One might assume that would extend to the multiple philosophies of Loden as well.

Ultimately, it is Zambreno who spells it out for us: “What does it mean to share myths? Is it that these celebrities, these tortured women we have appropriated, tell us something about ourselves? A sort of projection. An overidentification. They met sad ends. They met lonely ends. They were alone in a room at the end.” The identities we cultivate with such care and shame are made up of idealized identifications with others, like a flashlight at a sleepover, shining a circle on the dark ceiling, illuminating quick faces in a glow of attention. Zambreno has deftly found a form that embodies that palpitating quality of being a fan, having a crush, poring over images that might help in the project of being a person. And yet at times I wondered if Screen Tests is over-identifying with the tortured woman or with the empty room. In the two-page chapter “The Barbizon Hotel for Women,” she presents the absolutely thrilling fact that Little Edie of Grey Gardens lived at the Barbizon Hotel for Women in New York from 1947 to 1952 before returning to her famed maternal compound in East Hampton and that Sylvia Plath arrived in 1953. They narrowly missed each other. “Stay a little longer,” I wanted to say. “Open the door. We’re right down the hall.”