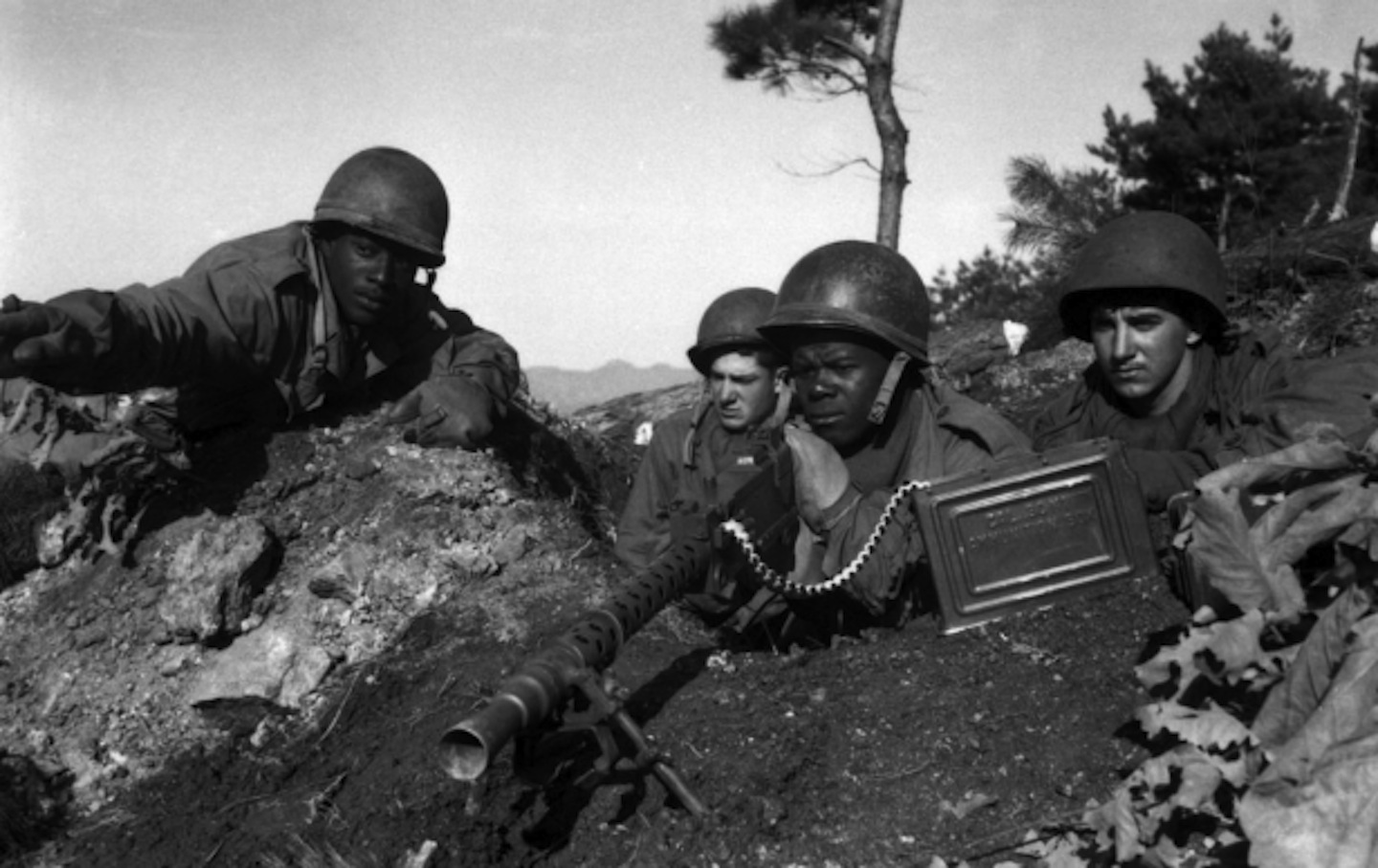 US soldiers photographed near the Ch’ongch’on River, November 20, 1950. (Wikimedia Commons)

It is astonishing to read The Nation’s reaction to the beginning of the Korean War, 65 years ago today. Not only is the following note from July 1, 1950, an endorsement of US military action—itself a rarity in the magazine’s history—but it assumes as obviously true the “domino theory” of communism in Asia that would ultimately to the war in Vietnam, which the magazine early and ardently opposed. By the end of the Korean War the magazine was skeptical of the war, but it is still surprising to see The Nation adopt what we would now recognize as the language of “humanitarian” interventionism. The comparison of Korea to Spain, and thus of Soviet Russia to Hitler’s Germany, of communism to fascism, is itself unusual for the Freda Kirchwey–era Nation.

The United Nations faces one of the gravest crises of its existence. The reaction of the Security Council was quick, efficient, and unequivocal, but in the nature of things it can amount to no more than moral aid to the Korean Republic. The immediate task of suppling military aid falls on us, and there is no question that it will be discharged. At the same time, the hope of preventing Korea from being turned into another Spain lies in the unity of all the powers outside the Russian sphere, acting through the U.N. and with its blessing. The complexities of the situation are too great to be dealt with summarily, but it must be plain to all that unless this aggression is stopped, neither the United States nor the U.N. will any longer be a barrier to the Communist conquest of Asia. As long as neither Russia nor the United States is officially involved, this need not, and probably will not, mean war. But if the test is dodged, there can be little likelihood of averting the ultimate disaster.