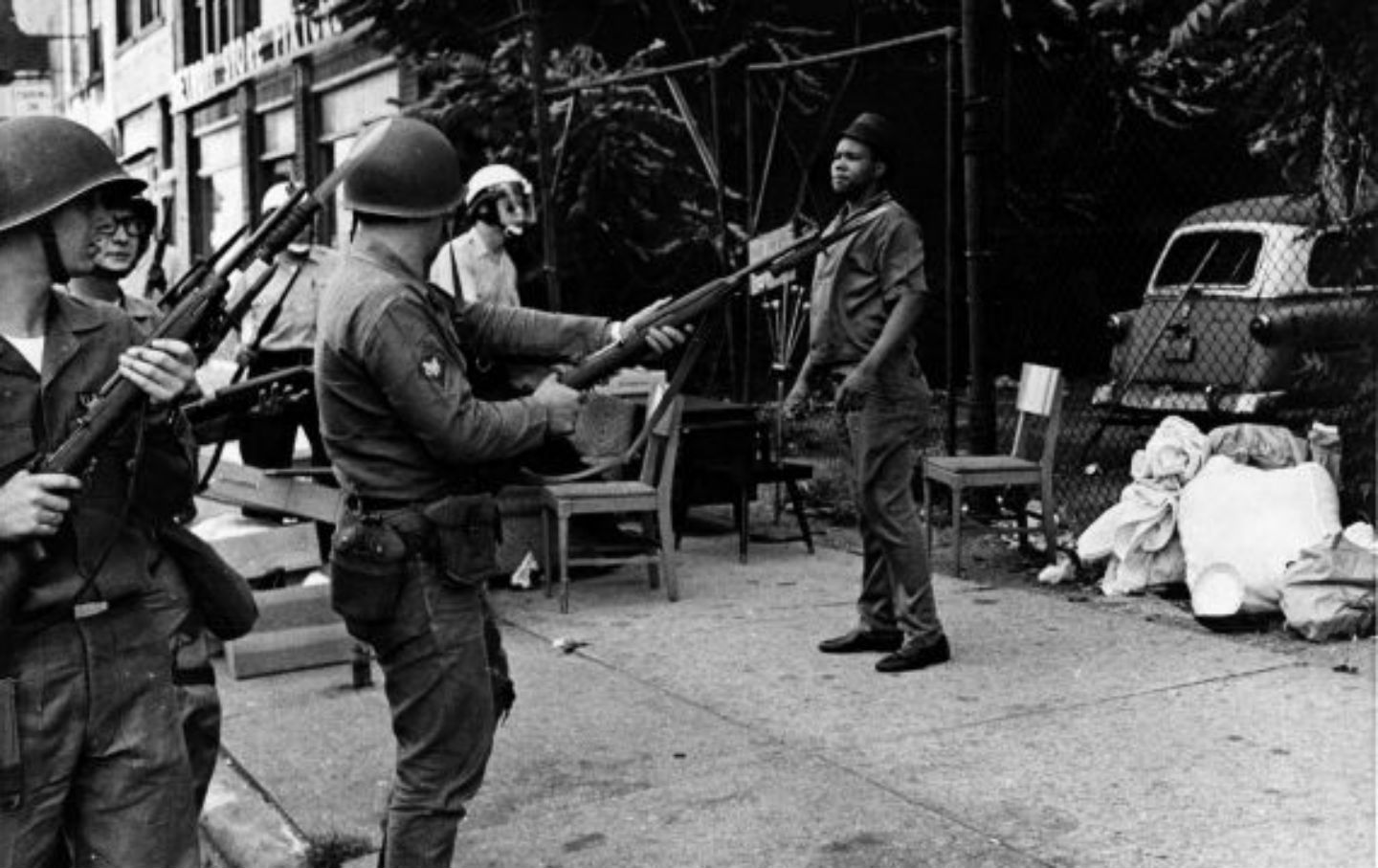 During the 1967 riots, police and National Guardsmen prepare to search a black man in Detroit who they think has a knife in his pocket. (Wayne State University)

The 12th Street neighborhood of Detroit erupted into a massive riot, one of the biggest in American history, on this day in 1967 after the police raided an underground neighborhood bar. B.J. Widick, an activist who wrote about labor issues for The Nation, described the aftermath of the riot in a piece for the magazine titled “Motown Blues.”

Detroit, the symbol of hope in race relations in America, turned into a nightmare of shattered illusions on Sunday, July 23. Seven days later its people were still dazed from the shock of its conflicts and devastation, like a city recovering from its first bombing in war.

The shock was greater because it wasn’t supposed to happen here, at least not the way it did. Detroit had more going for it than any city, so everyone knew. It had a dynamic and talented liberal mayor who had more federal funds and programs going than any other urban area. Its police commissioner had the respect of most of the Negro and white liberal community. Detroit was the social base of Walter Reuther and the UAW—a union with a civil rights record far superior to most unions.…

Yet in three days its edifice of progress was crumpled into ashes.… By Friday, the agony was largely over and law and order were restored. The lessons were staggering, and the human suffering enormous, but perhaps the greatest blow of all was the death of a dream that Detroit was different and its “shared power” concept an accepted and effective reality.