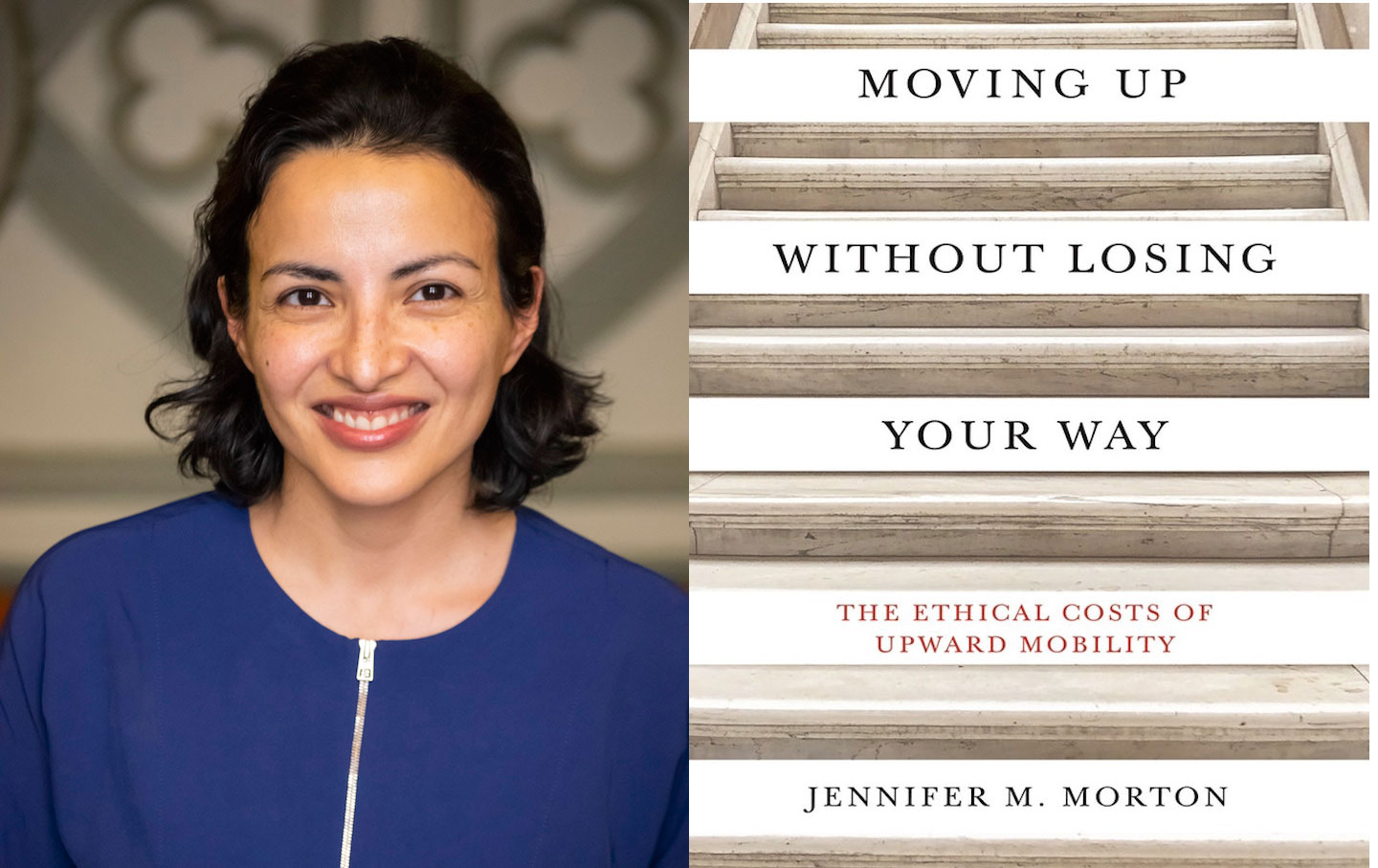 When the nonprofit newsroom The Hechinger Report surveyed 973 juniors and seniors at Lowell High School in Massachusetts, where almost half of the students are low-income, 82 percent expressed worries that finances might hold them back from achievement. The most common fear cited was “not having the money to afford the education I need.”

In her new book, Moving Up Without Losing Your Way: The Ethical Costs of Economic Mobility, philosopher Jennifer Morton warns “strivers,” her name for low-income and first-generation college students, to prepare for a whole second set of barriers on top of the ones they already expect. It’s not just financial costs, Morton argues, that strivers should worry about, but ethical costs as well: the weakening or loss of relationships and community ties, and in some cases a disruption in one’s values or identity.

To Morton, an ethical cost doesn’t necessarily mean you’ve behaved immorally: It means you’ve lost something of value than can never be replaced. The sacrifices could be as big as not being around to help a sick relative once you no longer live in the same neighborhood, or as small as wondering if you should say something in protest when your new coworkers make fun of Applebee’s, a restaurant that might have been your family’s special-occasion spot growing up.

As Morton writes, “Those who grow up in communities in which disadvantages are concentrated must often seek opportunities for advancement elsewhere. If they succeed, their success in all likelihood will take them far from their families and communities. This distance will not just be literal.” She examines the structural factors that force strivers to make these trade-offs. There is the socioeconomic and racial segregation that creates distance between low-income and high-income communities. There’s the lack of adequate access to social support services and medical care in some areas, making it more likely that young adults from low-income neighborhoods will be called upon to play support roles.

In a choice that will surely be useful to some and frustrating to others, Moving Up focuses less on fixing those problems and more on advising strivers on how to move through an unjust system. While Morton makes passing references to government remedies that would reduce strivers’ ethical costs—things like greater public funding for child care and elder care, a more humane criminal justice system, and better addiction services—the audience for most of her specific recommendations are strivers themselves, and the colleges and universities that serve them.

Morton also draws on her experience as a first-generation college student from Peru, her background as a Stanford-trained philosopher, and the narratives of students she’s taught at City College of New York to explain why making it out of poverty to the middle class isn’t just difficult, but often also painful and alienating. Our unequal economy routinely forces the poor to choose between what’s best for them and what’s best for their loved ones; in our economy, the rich don’t just have more stuff; they also have to make fewer of these painful choices.

Jennifer Morton and I sat down to talk about economic mobility, the state of higher education, and how philosophers can do a better job of addressing life under capitalism. Our conversation has been edited for length and clarity.

Elena Botella: Moving Up points out that conventional narratives about economic mobility tend to ignore the social and ethical costs that people who achieve this mobility experience. Why do you think our narratives are so limited?

Jennifer Morton: The financial costs of college have become such a big hurdle that they’ve become a primary concern for students: They’re worried about how to pay for tuition, how to pay for housing. That becomes the big driver in the stress that they feel. Part of what I try to do in the book is to explain how the financial costs and the ethical costs make each other worse. If you’re worried about your family being able to afford childcare for your younger sibling, or if you’re worried about your mother not being able to work because she’s on disability, and that disability check isn’t enough for her to live on, now your worry is not just “How am I going to pay for college?” but “How can I help my family? And if I don’t help my family, how will that affect our relationship?”

EB: You’ve framed the trade-off for strivers as a choice between remaining integrated into the community in which they were born, or pursuing a higher-earning career elsewhere. Given the injustices you describe, did you think about whether people could or should consider more radical alternatives? 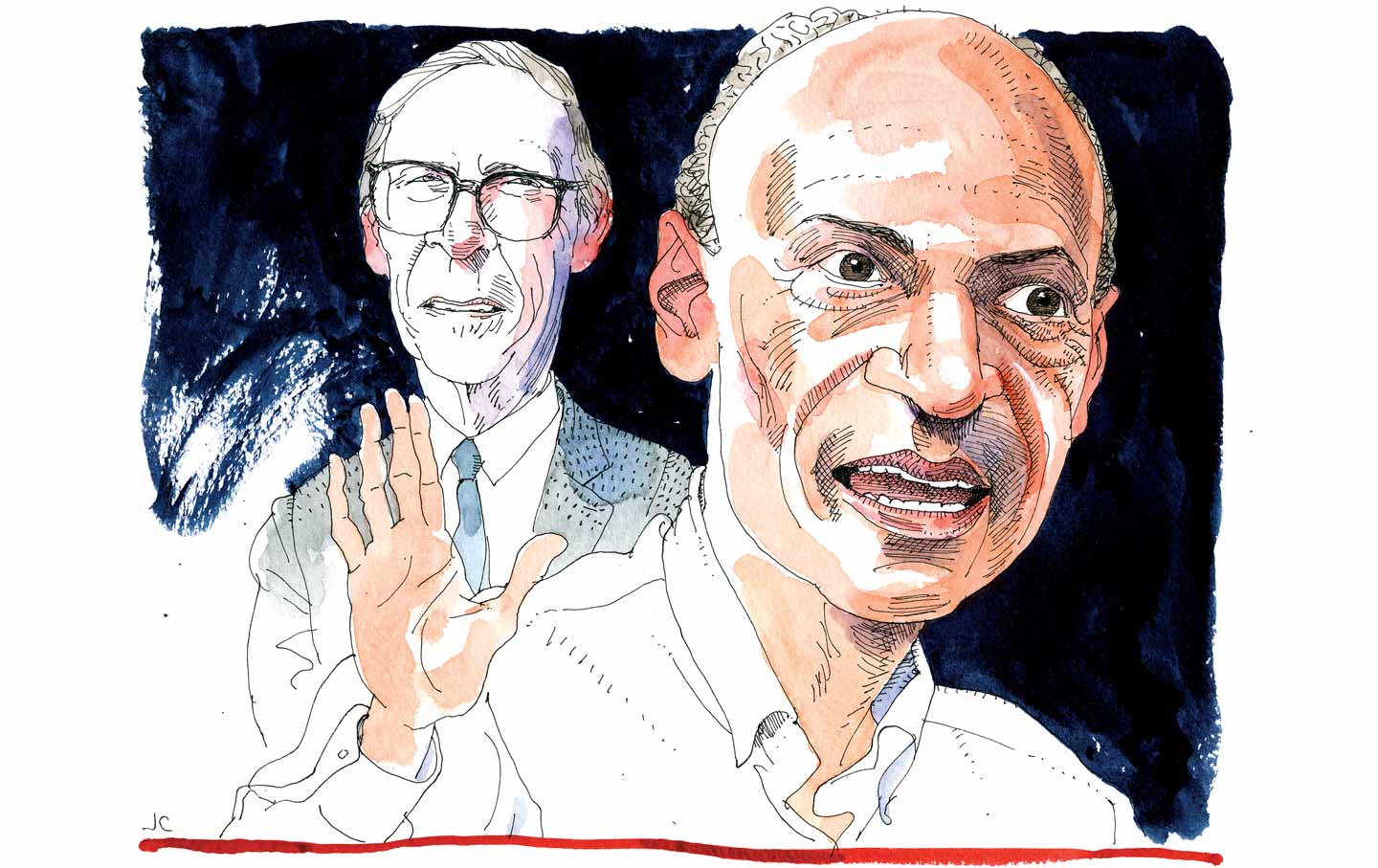 Can Charles Mills Save Liberal Philosophy From Itself?

JM: I’ve gotten that question quite a bit, this idea that shouldn’t someone who sees the injustice of the situation say, “Enough, I’m going to organize. I’m going to protest. I’m going to try to get around the system as it stands”? My worry about that is that it puts a huge burden on people who are in positions of disadvantage. I see myself as offering an alternative that says, “at every position you arrive at, on the economic ladder, you can always be reflective about how you might try to push against the system.” Strivers are in this very interesting position in our society, where they potentially are able to advocate for changes once they’re in elite positions within the professional world, but they also have knowledge and connections to communities that have been marginalized.

The problem is that once you’ve gained the experience and education and socialization to become part of a community of privilege, it’s really hard to realize that you are perpetrating that privilege. You start acting and talking and behaving like the people around you. That’s how you fit in, right?

EB: You point out that online coursework can put first generation college students at a disadvantage when they enter the workforce, because the students end up missing out on a college campus’s class-coded norms. This made me wonder why our institutions have to enforce so much conformity on people from different class backgrounds.

JM: Students will go out into the world and encounter that it’s unjust. And, you know, part of being an educator is giving them the tools to succeed in that context, especially for students who are coming from marginalized backgrounds, and a lot depends on them succeeding. On the other hand, you want to give students the tools to think critically about the context they’re entering, you know, what’s unjust about those institutions. Workplaces and even universities could be more accommodating of difference. I do hope that the book will lead people who are in a position to change some of those norms to think about how to do that. In an ideal world, you have good educational opportunities and good careers in a range of communities, so that you don’t feel compelled to go outside of your own community to thrive.

EB: In Alyssa Quart’s book Squeezed: Why Our Families Can’t Afford America, she makes the claim that City College, where you teach, isn’t as effective as it once was at helping students to enter the middle class, perhaps, she says, because the quality of education has gone down. Do you think there’s any truth to that?

JM: I don’t think we really have the evidence to make that claim. There are a lot of financial constraints making things harder for faculty and students. I’ve seen the enrollment cap—how many students we can have in a class—inch up, and at some point it makes it virtually impossible to get to know your students. That matters for the type of acculturation I describe in the book, and for developing the relationships that are essential to moving up. One aspect of educational institutions that I focus on is the fact that they are social institutions; a lot of their success depends on the relationships we form with professors, advisers, and other students. If we don’t really have the room to form those relationships, it will be much harder for students to flourish.

I’ll give you an example: I recently had a student come in to ask me for a letter of recommendation. I said, “Sure, but it’s going to be less persuasive than a letter from a professor who has known you for longer; my letter will be based on one class and one semester.” She replied, “I had no idea about this until I started looking at graduate schools. I’ve taken a lot of classes with adjunct professors, who are not good to get letters from. A lot of my other professors I don’t know very well.”

EB: I was very drawn to your book as an example of an applied ethicist sorting through questions about how we are supposed to live in the context of a capitalist society that has a lot of problems. What other ethical challenges are people facing where you’d like to see more philosophers weigh in and provide guidance?

JM: Elizabeth Anderson has done a lot on this, obviously. But I think there should be more written about work: how we relate to each other in the workplace, how we’re related to the institution of work and the place work has taken in our lives. I’m living in New York as an academic with a research focus, and then my husband’s an architect working crazy hours, and we have a kid; you think, “What else are we giving up in the process of trying to just accommodate work, plus our family?” We have less and less time for friends and for being part of a community, and it does feel like you end up not taking those things as seriously because work just takes over such a big part of your life.