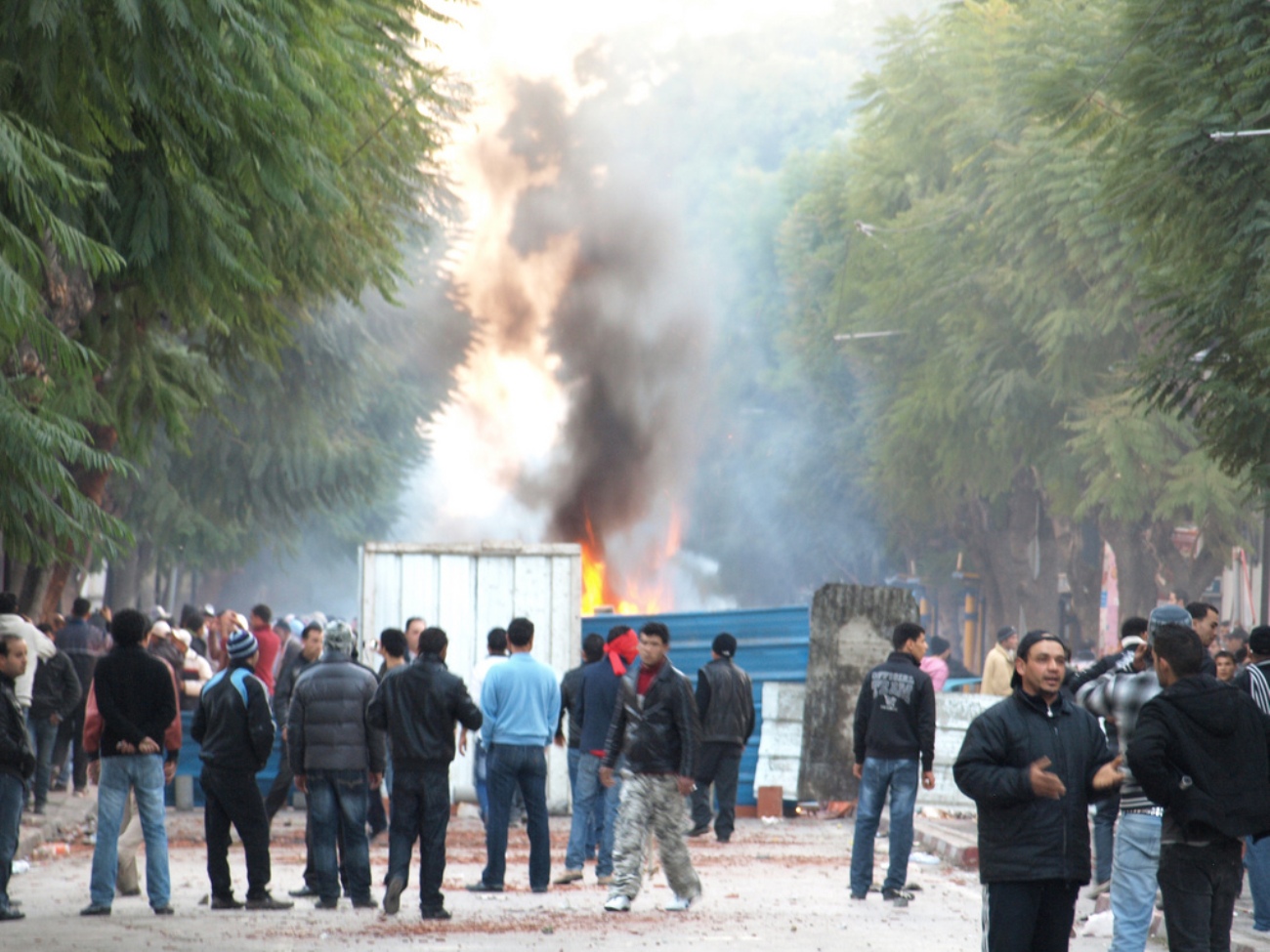 The Jasmine Revolution in Tunisia, in January 2011. Photo via Wikimedia Commons

What would later become known as the Arab Spring began deep in winter, on December 17, 2010, when Tunisian street vendor Mohamed Bouazizi set himself on fire to protest official harassment and corruption. Less than a month later, the longtime president Zine El Abidine Ben Ali resigned. In the February 7, 2011, issue of The Nation—which, as always, was actually in readers’ hands a week or two before that date—Laila Lalami wrote a brief “Comment” piece titled “Tunisia Rising.” Lalami is a Moroccan-American novelist—her most recent book, The Moor’s Account, was published last year—who first wrote for The Nation in 2005, on the Tanzanian novelist Abdulrazak Gurnah.

The reverberations of the Tunisian revolution were felt almost immediately, when Muammar el-Qaddafi scolded Tunisians that they should have had the patience to wait for Ben Ali to step down in 2014 and warned them about civil chaos. Of course, this was a warning to the Libyan people, who might feel inspired to topple their own tyrant. In Mauritania and Egypt—yes, two other “moderate Arab countries”—copycat self-immolations are creating deepening worry…. The Tunisian people are expecting justice for those who died, free and fair elections, and a new political order. But the three biggest lessons of their uprising have already been delivered far and wide. To the Arab dictators: you are not invincible. To the West: you are not needed. And to the Arab people: you are not powerless.