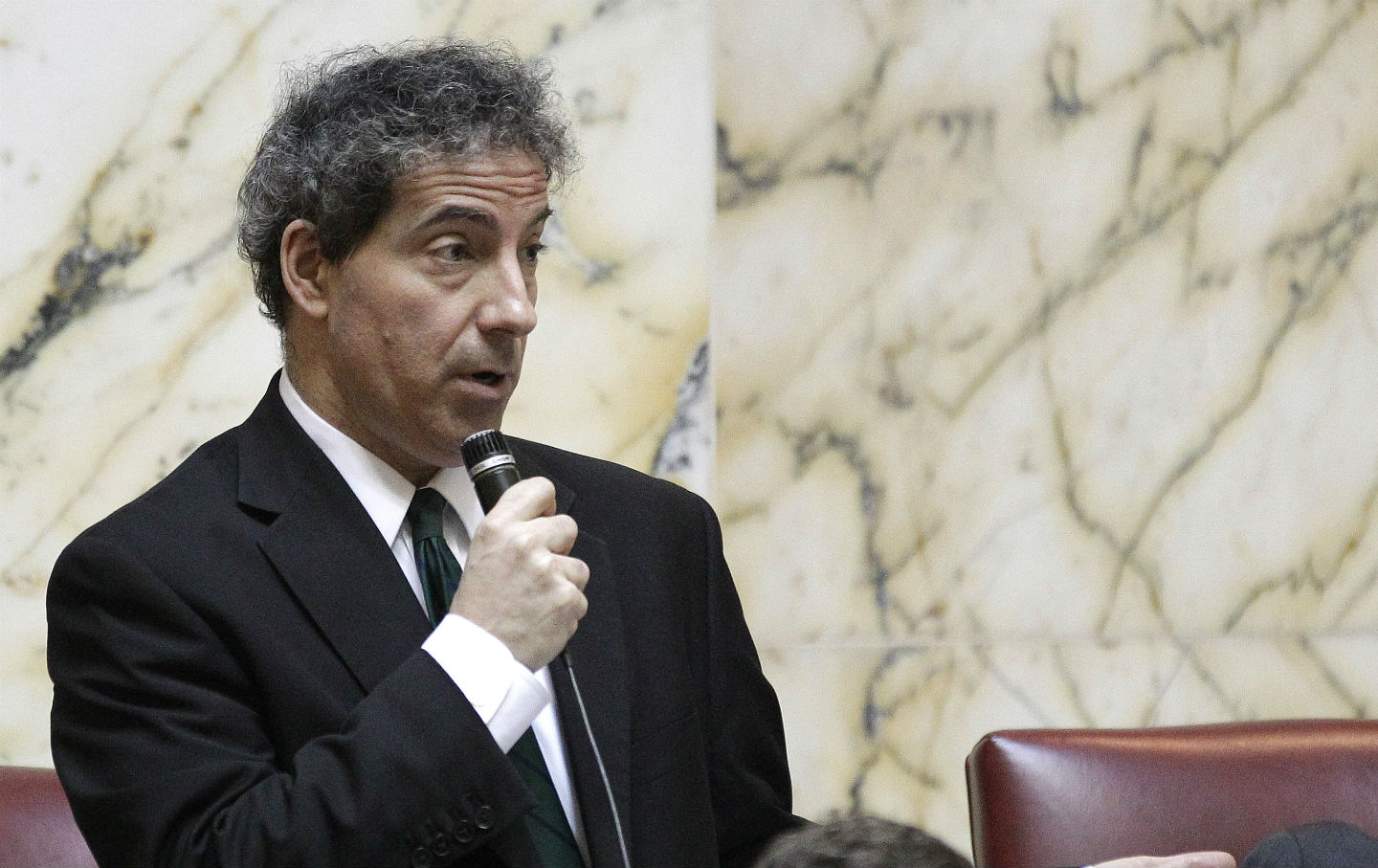 Congress has a handful of rock-solid champions of democracy. There’s Michigan Congressman John Conyers and Minnesota Congressman Keith Ellison. There’s Maryland Congresswoman Donna Edwards and Wisconsin Congressman Mark Pocan. In the Senate, there’s New Mexico’s Tom Udall and, of course, Vermont’s Bernie Sanders. You can count a few more in the camp. But no one would argue that either chamber has a sufficient contingent of advocates for the principle that government should be “of the people, by the people and for the people.”

So it is worth noting that one of America’s most ardent advocates for democracy just jumped into a contest for the US House. Maryland legislator Jamie Raskin—whom The Washington Post recognizes as the Maryland Senate’s “constitutional authority”—is bidding for the Democratic nomination to succeed Congresswoman Chris Van Hollen.

Raskin says right up front that he is making the race “because America needs effective progressive leadership to renew the momentum of popular democracy in America.”

Raskin is not the only candidate in the Maryland contest. The field could get crowded, as this is the sort of “safe seat” that does not come open all that often. Raskin could face credible progressive opposition for the Democratic nod. He will have to make his case in this particular contest, and there are no assurances that he will prevail.

There is an assurance, however, that Raskin will bring to the competition plenty of big ideas about how to defend, strengthen and expand American democracy. And, if he is elected, Raskin will bring experience and energy to congressional debates about voting rights, fair elections and getting big money out of politics.

A constitutional law professor at American University’s Washington College of Law (where he directs the Law and Government Program), Raskin has represented Greenpeace and the Service Employees International Union and high school students fighting for the freedom to talk about LGBT rights, He has a long history of waging difficult legal and legislative battles on behalf of progressive ideals. As a state senator, he has earned high marks for leading historic floor fights to establish marriage equality, to abolish the death penalty and to preserve civil rights and liberties.

When Raskin announced for Congress, he was immediately endorsed by Maryland Senate majority leader Catherine Pugh, who declared that “we need him to bring the same passion and eloquence he brought to Annapolis to the fight for justice and democracy at the national level.”

Raskin works well within the legislative process. But if the process does not work, if framework for achieving justice in insufficient, Raskin seeks to forge new frameworks—by forging alliances with grassroots movements, by opening up debates, by campaigning to amend the US Constitution.

Then he added a line that sums up his vision: “We will get the political center to move to us.”

Raskin is serious about this. He has a record of wading into fights at a point when most Democrats, and even most progressives, are still standing on the sidelines. As a longtime advocate on voting rights issues, he has been in the forefront of the fight for the franchise. After Supreme Court Justice Antonin Scalia made a point of emphasizing—during the Bush v. Gore arguments in December 2000—that there is no federal constitutional guarantee of a right to vote for president, Raskin responded by making the case that the Constitution should be amended to clearly establish just such a protection. When few in Congress were willing to take the issue up, Raskin was arguing that “it is time for American progressives to engage in serious constitutional politics on behalf of the right to vote.”

With the group FairVote, he has proposed and advanced a number of proposals aimed at assuring that every vote counts—and that every vote is counted. Among these is the “National Popular Vote” proposal for an interstate compact to guarantee that the presidency goes to the candidate who receives the most popular votes nationwide.

After the US Supreme Court’s Citizens United v. Federal Election Commission decision cleared the way for corporations to spend as they chose to influence elections, Raskin was among the very first to object. And he did so in the right way, by advocating for a constitutional amendment to undo the damage done by the High Court.

At a point when most Democrats in Washington were talking around the issue, and avoiding the hard reality of what needed to be done, Raskin wrote that “an amendment to allow for reasonable regulation of campaign expenditures and contributions would empower Congress to return corporations to the economic sphere.”

Today, more than 600 communities and 16 states have formally asked Congress to act. And action will be necessary because, as Raskin noted several years ago in an article for The Nation: “We live in what will surely come to be called the Citizens United era, a period in which a runaway corporatist ideology has overtaken Supreme Court jurisprudence. No longer content just to pick a president, as five conservative Republicans on the Rehnquist Court did in 2000, five conservative Republicans on the Roberts Court a decade later voted to tilt the nation’s entire political process toward the views of moneyed corporate power.”

Those are bold words.

But, certainly, not too bold.