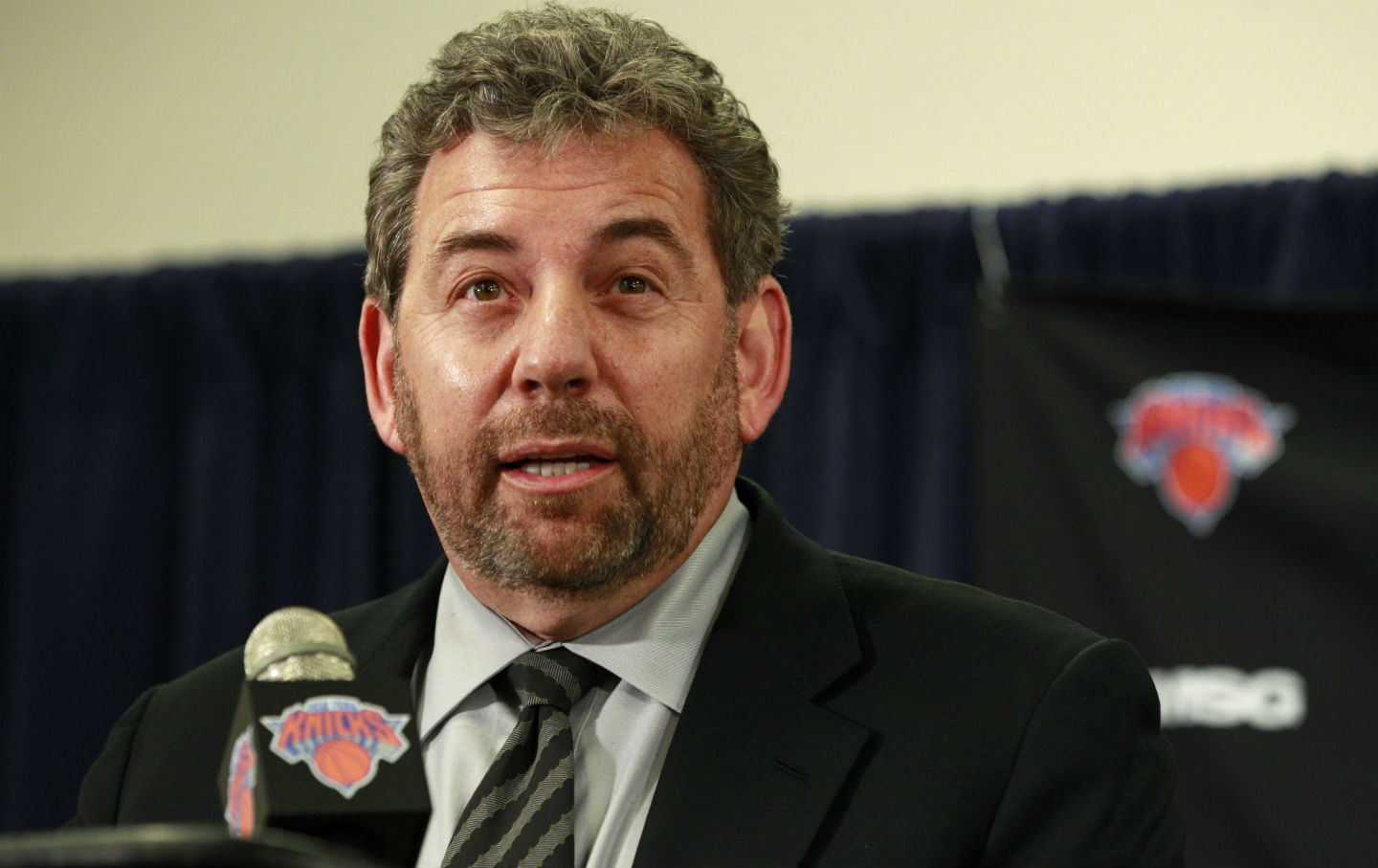 Given the myriad ways that the teams we love don’t always love us back, it’s a wonder more sports fans don’t abandon the squads of their youth. A sports organization can have a criminal owner or an economic agenda that involves syphoning millions of dollars in public money, or employ players that are genuinely awful human beings, and we will still irrationally love them. Yet everyone has a line that if crossed, will cause them to say goodbye to the team of their prepubescent heart. I have friends in DC who “bled burgundy and gold” their entire lives, but then quit rooting for the Washington football team when owner Dan Snyder’s boorish, bigoted belligerence became too much to endure. I have friends who were fans of the Pittsburgh Steelers until it seemed that the team cared more about sheltering accused rapist Ben Roethlisberger than the reputation of of its storied uniform. For me, the team I had to tearfully divorce was the New York Knicks.

I loved that team. I was raised with that Knickerbocker blue and orange as a second skin. A Bernard King number-30 jersey was nailed to my wall. I had a poster of The Bomb Squad (Johnny Newman!) I even once head-butted an opposing player as a tribute to John Starks. But in 2007, after over two decades, I turned in my Knicks fan card. For me, my own line was crossed when a jury awarded $11.6 million to Knicks Vice President Anucha Browne Sanders in a sexual harassment lawsuit. The highest-ranking woman executive in men’s sports, Sanders—who was once the greatest basketball player in Northwestern University history—had convinced a a jury that team president and NBA legend Isiah Thomas and Knicks owner James Dolan had created a workplace so toxic, that she simply couldn’t do her job. Dolan was then judged to have fired Sanders for the crime of complaining about Thomas’s abusive words and inappropriate touching.

Thomas in his trial testimony, infamously said, “A white male calling a black female a bitch is highly offensive. That would have violated my code of conduct.” But a black man calling a black woman a “bitch,” would bother him “not as much. I’m sorry to say, I do make a distinction.” Dolan matched Isiah’s awfulness. In videotaped testimony, after hemming and hawing, he was pushed to finally admit that it was wrong to call a woman a “black bitch.” Then he said with a shrug, “It is also not appropriate to murder anyone. I don’t know that that happened, either.”

My disgust with James Dolan was total. The awful decision-making and terrible on-court escapades certainly didn’t help, but it was about how he could run a franchise where sexual harassment was not only ignored but accepted. I was done.

Today all of this history was dredged to the surface when James Dolan announced that he was bringing his friend Isiah Thomas back into the fold as president and part owner of the WNBA’s New York Liberty. Most people’s jaws hit the floor. How the hell could Dolan do this? Why would Isiah say yes? Did they really think the 2007 trial wouldn’t gurgle to the surface and used as yet another sign of Dolan’s irredeemable awfulness?

On my Facebook page, Liberty season-ticket holder Tara Polen summed up the feelings I have seen today on various message boards when she wrote, “Considering the WNBA is feminism in action to me, I find the allowance of Thomas to head a team to be incredibly offensive. If he wants to invest in a team and be a partial partner, that’s one thing. That is, in some ways, putting your money where your ‘restitution’ mouth is. But to run the show? At a charter franchise? GTFOH.”

Polen is right. But believe it or not, when I heard the news I was hopeful. I had been able to interview Isiah in recent years and saw someone with a strong social conscience, as well as someone who had been through a hellish period in his life and was coming back. It had been eight years since the Sanders case, and I assumed that surely there was no way that James Dolan and Isiah would venture into the WNBA without having some serious groundwork laid down beforehand. I assumed there had been private meetings. I assumed there had been apologies for past errors. I assumed that this had to be a story rooted in some kind of redemptive narrative about people reckoning with past misogyny and now trying to build the institution of women’s sports. I assumed way too much.

Embarrassingly, I did not account for the enduring, entitled aristocratic idiocy of James Dolan. There had been, according to my reporting, no groundwork put down, no prepping of concerned parties and no sit-downs. There was just James Dolan impulsively making an awful decision with little care for the consequences. There was just James Dolan—again—being James Dolan. Born into unimaginable wealth, Dolan is not merely someone who, to use a cliché, “was born on third base and thinks he hit a triple.” This is someone who as a baby surely flung his own poop and had people tell him that he was Sandy Koufax. WNBA president Laurel Richie, in a statement that arrived with more ice than the Planet of Hoth, told the press, “The Madison Square Garden organization announced that Isiah Thomas has been named president of the New York Liberty and that he will take an ownership interest in the team, pending WNBA approval. New owners are approved by our WNBA Board of Governors, and this process has not yet begun.”

When asked about whether, given the sexual-harassment case, this move was wise, the comments from Dolan’s office were chosen not only to be antagonistic but positively pugnacious. “We did not believe the allegations then, and we don’t believe them now. We feel strongly that the jury improperly and unfairly held Isiah Thomas responsible for sordid allegations that were completely unrelated to him, and for which MSG bore responsibility.” (For the record, this makes no sense.)

I am stunned that Isiah Thomas would again tie his destiny to James Dolan, which is the equivalent of thinking that nothing adds to the fun of air travel like sitting in a back-row middle seat and flying into a mountain. I am also stunned that I even considered that James Dolan might have planned this move with a modicum of forethought and grace. And I suppose I am stunned that James Dolan can dress himself in the morning, although I am without firm confirmation that this is something he can in fact accomplish.

After the announcement, I heard from the biggest Knicks fan I know, journalist Robert Silverman (read his own take on this over here). He said to me, “Honestly, I’m ready to walk away from the team after decades of fandom. I’ve survived all of Dolan’s blinkered, arrogant, narcissistic bungling and accepted that like clockwork he will eventually do something so unimaginably stupid, so preposterously wrongheaded that it boggles the imagination. What I can’t stomach is this: James Dolan doesn’t give a fuck about women. If I stick around, I’m complicit.” Join the club, Bob. We all have our line as sports fans. When it comes to the Knicks. James Dolan looks at that line and, with apologies to Marge Simpson, throws up on it. Our only power is to walk away.