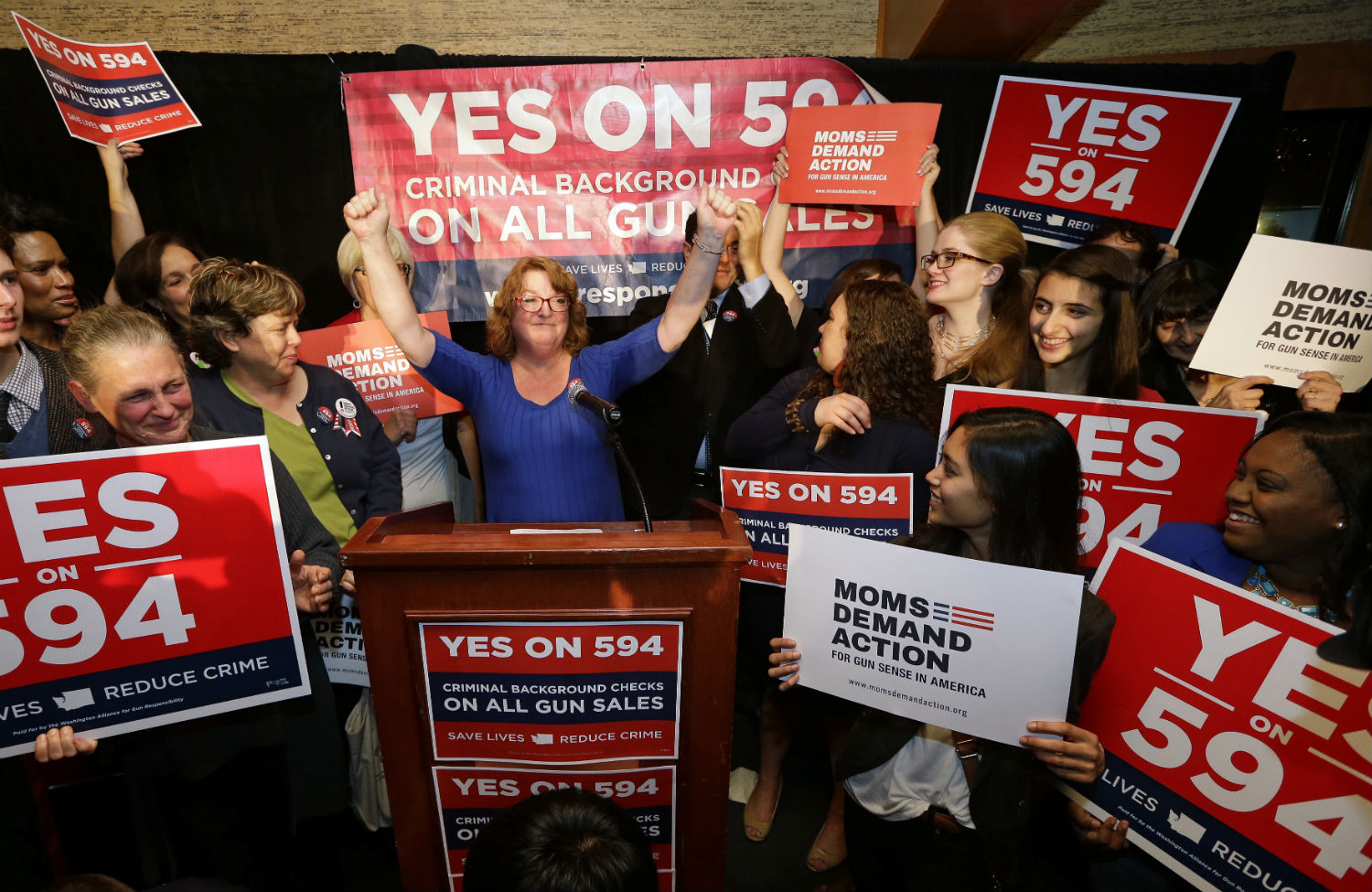 There weren’t many bright spots for progressives on Tuesday, but if you back stronger gun laws, things went even better than you could have reasonably expected.

The big news was in Washington State, where a ballot initiative implementing tough universal background checks on gun purchases and transfers passed with nearly 60 percent of the vote. The vote was already projected to pass and came on the heels of a mass shooting at a Seattle-area high school that left four students dead.

A dueling initiative that would ban such checks failed badly. Pro-gun advocates had at least hoped the two initiatives would confuse voters and perhaps both would pass and create a legally chaotic situation, but they appear to have underestimated Washingtonians’ engagement on the issue.

Now, Washington State will have a model system where virtually every gun purchase—even online and at gun shows—will be subject to a background check. There are very narrow exceptions for antique gun sales and transfers within families, but even lending someone a gun for twenty-four hours would require a check.

The victory is important well beyond Washington state, too—it’s a model for other states to undertake similar reform while DC dithers. Nevada is already going to vote on a very similar measure in 2016, which will no doubt propel the issue into the presidential race since Nevada hosts key primaries for both parties and is also a valuable swing state.

Washington also demonstrated that the National Rifle Association can be beaten—it spent almost half a million dollars against the ballot initiative, but it didn’t matter. Gun-reform groups showed they can come in with big money of their own and win crucial votes.

“[Washington voters] showed that while the gun lobby can intimidate politicians in Washington, it’s a lot harder to intimidate America’s voters,” former US Representative Gabby Giffords said in a statement last night. “This victory for responsibility in Washington State sends a clear message to the other Washington that if Congress is not ready to act to reduce gun violence, voters in states around the country can and will take the matter into their own hands.”

But that wasn’t all. In race after race across the country, gun reform pretty much ran the table:

One final victory may come in the Arizona district that used to be held by Giffords. Her former chief of staff, Representative Ron Barber, faced a tough race against Republican Martha McSally that was riven with controversy over gun control. This seat also carries heighten symbolism for the gun-reform movement.

The race is currently too close to call, with Barber behind by as little as seventy-five votes. Barber declared last night he was confident in victory.

Surely not everything went well for gun reform advocates; Senators like Kay Hagan who voted for background checks were defeated, and Mary Landrieu may join her in a month. But it's hard to look at the final scorecard and see a big victory for reform.